The Muskogee, Oklahoma Police Department has placed an officer on paid administrative leave following a shooting that left a suspect dead.

Officer Chansey McMillin pulled into a church parking lot to confront 21-year-old Terence D. Walker after getting a domestic abuse call. McMillan, a Texas native, had traveled to Oklahoma to retrieve items from his ex-girlfriend's home. He allegedly threatened her by saying he "had a bullet with her name it." 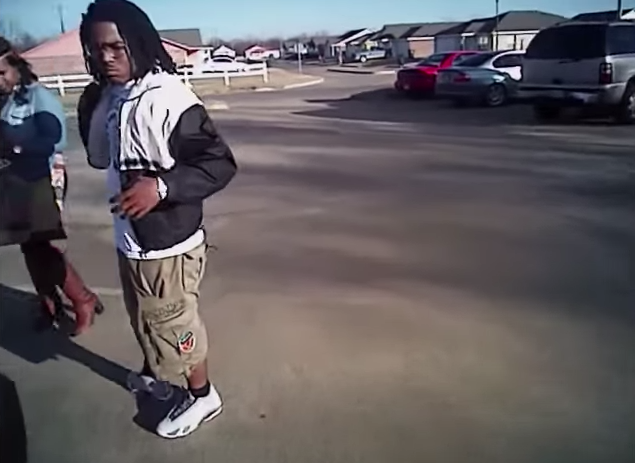 McMillan confronts Walker in the Old Agency Baptist Church parking lot. He starts to pat the suspect down. At that point Walker starts running, exiting the parking lot and heading down a street.

Walker stops to pick up something before continuing to run. McMillan then fires five shots, hitting Walker three times, killing him. The entire incident is caught on just released footage from McMillan's body camera. The church's pastor appears and begs the officer to stop shooting so he can check on Walker. The officer tells him he won't shoot anymore and commands him to move back. A loaded gun was retrieved from Walker's body.

The pastor later says that McMillin “followed procedures” and that “he did everything right.” It's the second shooting McMillan has been involved in within the last six months. 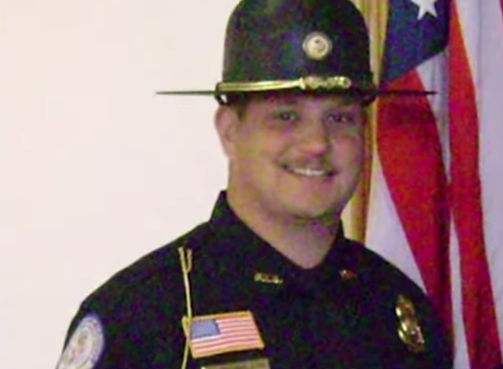 He was cleared in the July shooting of knife wielding stabbing suspect Angel Cerda. Cerda recovered from his wounds.

What's your take on this latest use of deadly force by the police on a citizen?

Comment by The Future on January 25, 2015 at 5:45pm
That was a dumbass move, take ya lumps like a man, do the gun charge and deal with it.. and keep on living....That running mess, you just giving them call to shoot you. Right is right and Wrong is wrong.....and he was dead wrong. Damn shame. Ain't no sticking together on this one, that was a dumbass move, period.

Comment by ted hargrove on January 25, 2015 at 12:10pm
I don't know what it's going to take for people to stop working stand together this has to stop

Comment by Mr. Johnson on January 25, 2015 at 12:00pm
I want to know how the cop knew he had a gun in the first place. Black blood is cheap to the slave master. Black Power!

The officer did have a cause for alarm. It wasn't that the guy was gonna shoot him. He dropped the gun as he ran possible to drop it in the weeded area so as not to be caught with it. Offenders run this they should know. The officer changed his story 3x's to make it justified. Texas could be one of those states that allow an officer to shoot a fleeing suspect. The guy dropped it because he was going to toss it. When he dropped it he ran past it so turned back to pick it up. That thing he did towards the end to make it seem that he suffered a little trauma like that other cop crying in front of his cruiser, shows that they are trying to get sympathy when they review the video. That other cop however had killed his second BLACK suspect within months of each other. Good thing there was video not that it matters especially when shedding tears will get you sympathy from the jury...

Comment by Jamaicanherbalist on January 25, 2015 at 11:11am
Grand master don't finish I get your point and I understand ,officers aren't allowed to shoot in the back either,but come on with this day and age everyone knows what's going on and I'm a police officer jamaican nationality would I have done that?no cause I respect everyones life now White police they are always looking for a reason to soon.RIP to the victim,it's a crazy world out there and its a fight to the end.By the way have you seen the New Jersey state trooper shooting?whats ur take on that

Jamaican herbalist... you need to read up on something's, like law. There was no reason to use deadly force... if anything the cop shot him because his ass was out of shape and couldn't catch him. Anyway....I finish here ...I could go on and on...

Comment by Jamaicanherbalist on January 25, 2015 at 10:26am
Officer did his job,it's not right to take a life ever the bible says it but he caused it on himself, why was he running?