Confronting the Legacies of Slavery

DURHAM, North Carolina — Late one afternoon in March, officials unveiled a new monument at the University of the West Indies, in Cave Hill, Barbados. The ceremony featured African drumming, a historian’s lecture, a bishop’s prayer and a song performed by a school choir with the chorus, “We cry for the ancestors!” 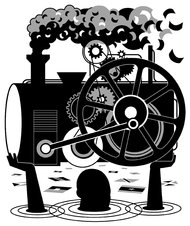 Readers shared their thoughts on this article.

Those ancestors, 295 of whom have their names on the monument, were slaves who once lived where the campus now stands. What today is a university was once a plantation. What is now a nation was once a colony. In Barbados and throughout the Caribbean, slavery remains a vivid and potent metaphor, and a cultivated memory.

Presiding over the event was Sir Hilary Beckles, the head of the university and a prolific historian. He and his Jamaican colleague Verene Shepherd have spurred on the recent call by the 15-member Caribbean Community for Britain, France and the Netherlands to pay an undefined amount of reparations for slavery and the slave trade. The group plans to file suit in national courts; if that fails, it will go to the International Court of Justice.

Uniting the Caribbean around any kind of policy is not easy. The region is linguistically and politically fragmented, with links to former colonial powers or the United States often trumping cooperation. But with this new call, the community, known as Caricom, is tapping into one thing that all its member states have in common: the lingering effects of slavery.

Calls for reparations have a long history. As early as the 1790s, one French anti-slavery activist argued that the enslaved could easily ask not just for freedom but for repayment for generations of unpaid labor. But at the time of emancipation, the British granted not the ex-slaves but their former owners “reparation” in the form of a large financial indemnity.

Haiti won its freedom 1804, but in 1825 it agreed to pay an indemnity to France in return for diplomatic recognition. The money was used to compensate French plantation owners.

Today this all seems shocking. In 2001 France decreed slavery a “crime against humanity,” and the U.S. Congress formally apologized in 2008 for the “enslavement and racial segregation of African Americans.” American universities have begun to apologize for their historical links to slavery. And thanks to films like “Twelve Years a Slave,” Europe and America are being forced to confront the realities of slavery on-screen.

But only reparations can reverse the long-term harm. As Ralph Gonsalves, the prime minister of St. Vincent and the Grenadines, said, “We have to have appropriate recompense.”

The claim is not, however, about compensating individuals, but their communities. And in this way, since most countries in the Caribbean are financially in debt to international banks, Caricom is making a provocative argument: It is actually Europe that owes the Caribbean.

This is more than just creative accounting. When economists debate why some countries are poor and others are rich, they often focus on the cultural, political or economic structures of poor countries. But historians of the Caribbean have long argued that national inequality is a direct result of centuries of economic exploitation.

The foundations for this argument go back to a 1944 book by the Trinidadian historian Eric Williams, “Capitalism and Slavery.” Mr. Williams had to pay $500 to help subsidize its publication by the University of North Carolina Press, but the book became a classic, and he later became his country’s prime minister

Comment by harolda on October 30, 2013 at 9:40am
IT IS A DISGRACE TO ME THAT PLANTATION OWNERS WERE COMPENSATED FOR SLAVES WHEN THEIR ANCESTORS, ARE THE ONES WHO HAD THE PEOPLE BLACK ENSLAVED.