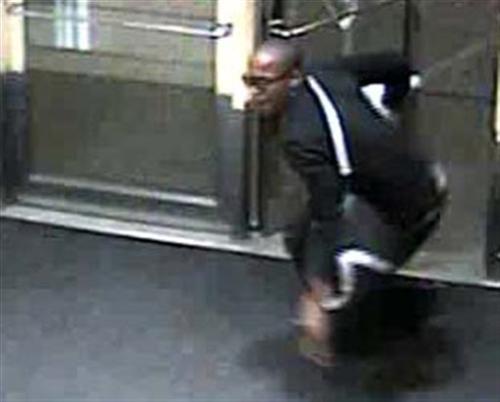 DENVER (AP) - A thief's thirst for a brand new iPad cost a Colorado man not only a much-coveted device but also two-thirds of a pinky finger.

Doctors had to amputate part of Bill Jordan's left pinky after a man Thursday yanked away a bag containing an iPad that Jordan had just purchased at a Denver mall.

Jordan, 59, had the cord of the bag wrapped around his left hand when the thief "completely blind-sided" him and jerked the bag off his hand, stripping the flesh of Jordan's finger down to the bone.

"He kept pulling until something had to give, and it wound up being my finger," Jordan said in an interview Tuesday.

"There was nothing but bone showing on the whole back of the pinky," Jordan said. "The skin was just gone."

Jordan, of Aurora east of Denver, said he had no idea anyone was following him when he left the Apple store at Cherry Creek Mall, and he didn't expect to be robbed of his purchase in broad daylight.

Jordan said he had purchased the tablet computer for a friend in Canada, where the iPad is not yet available for purchase. He hasn't had a chance to tell his friend yet.

Because the item was heavy, he had wrapped the bag's handle — a thick cord — around his hand.

Jordan said there was also some nerve damage to his ring finger, but they were able to remove his wedding band from the swollen finger without cutting it.

Police were still searching for the thief Tuesday.

"I certainly hope they catch the guy," Jordan said. "I would hate to think that somebody else would have to go through this."

Denver police have security footage from the scene and have obtained the serial number of the iPad from the Apple store.

As for Jordan, his larger bandages have been removed, and his stitches will be removed Friday.

Comment by www.jaxsprats.com on April 26, 2010 at 2:06am
The things people do just have the latest technology gadget

Comment by www.jaxsprats.com on April 26, 2010 at 2:06am
ADEMOLA OLUGEBEFOLA the man, the artist, the living legend....Caribbean, African American (Harlem Renaissance) and Yoruba inspired Artwork. Internationally known and highly acclaimed Artist....Google him and experience his dedication, devotion, and appreciation for African Arts ...... http://cgi.ebay.com/1971-SIGNED-NUMBERED-ADEMOLA...-OLUGEBEFOLA-FAM...