College Sex Class Gone Wild With Graphic Sex Toy Demo On Stage...Is This A Crazy World Or What? 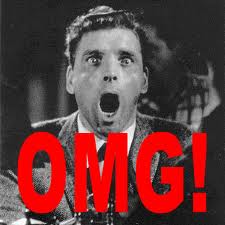 A Northwestern University professor concluded a discussion of bondage and other sexual fetishes in his human sexuality class by having a woman take off all her clothes, climb on stage and graphically demonstrate the use of a sex toy, the school has acknowledged.

The demonstration took place Feb. 21 at the conclusion of psychology professor John Michael Bailey's class on human sexuality. According to guest lecturer Ken Melvoin-Berg, after the students were told that a couple would take part in a demonstration involving a sex toy, the students were warned about a half dozen times that "what was about to happen would be graphic."

With that, Jim Marcus and his fiancee Faith Kroll climbed on the stage in front of about 100 students and demonstrated the use of the motorized device with a phallic object attached to it, as students heard about issues such as safety and consent, Melvin-Berg said.

"It is probably something I will remember the rest of my life," said senior Justin Smith, 21, one of the students who stuck around voluntarily after class when students were told about what they were about to see.

"I can't say that about my Econ 202 class and the material that I learned there," Smith told The Chicago Tribune.

The university will pay several hundred dollars to Melvoin-Berg, the co-owner of Weird Chicago Tours, for the lecture. He said that neither Kroll nor Marcus — exhibitionists who are more than happy to have people watch them have sex — would be paid.

Melvoin-Berg said the demonstration was not planned, and Marcus said that he and Kroll brought the device to show to the class but had not planned on giving a live display of how it works.

That changed, said Marcus, after the students finished watching a graphic video that he thought was unrealistic.

"It seems like a human sexuality class is a smart place to dispel some of the mistakes that we saw in the video," he said.

So they started dispelling.

"We were watching a video on sexual arousal," Smith said. "The main guy, Ken, said, 'Are you ready for the live sex show?' We were like, 'OK.'"

Kroll said she enjoyed the demonstration and Marcus said it was all designed not to titilate the students, but teach them.

And Bailey said he didn't know yet if he was sorry about the demonstration. But, he said, "I have no regrets concerning Northwestern students, who have demonstrated that they are open-minded grown-ups rather than fragile children."

Evanston police say it will be up to the school to determine if the demonstration violated any local ordinances.

Northwestern spokesman Alan Cubbage said no one has filed a police complaint.

"Northwestern University faculty members engage in teaching and research on a wide variety of topics, some of them controversial and some of at the leading edge of their respective disciplines," Cubbage told the Sun-Times. "The University supports the efforts of its faculty to further the advancement of knowledge."

Comment by Ripper on March 6, 2011 at 2:54am
Nothing's wrong with that. Having internet can be worst

Comment by caribbeanrose on March 5, 2011 at 5:04pm
wish I had a class like this when I was in University

Comment by deborah rollerson on March 5, 2011 at 2:50am
thats remember HELLO got A- in english DWL JUST SAYING.

Comment by deborah rollerson on March 5, 2011 at 2:50am
Besides Kennsington done it 1st rmember?????He is the father of the sexual revolutionary education. His experiments probably saved a lot of people who were thought to be abnormal with their normal sexual development.JUST SAYING

Comment by BigginsMarie on March 4, 2011 at 9:44pm
Yeah, I'm totally for wasting tution money to watch people have sex. Sex is such a complicated matter after all. Dick, butt, p****. Americans needs 3 months and federal money to figure out how to work that tricky nonsense out. lol!

Comment by BigginsMarie on March 4, 2011 at 9:40pm
Wtf? Americans are such idiotic dorks sometimes.

Comment by Jason Samuels on March 4, 2011 at 7:50pm
Unfortunatley Carl you are right in your statement but I don't agree with the sentiment.