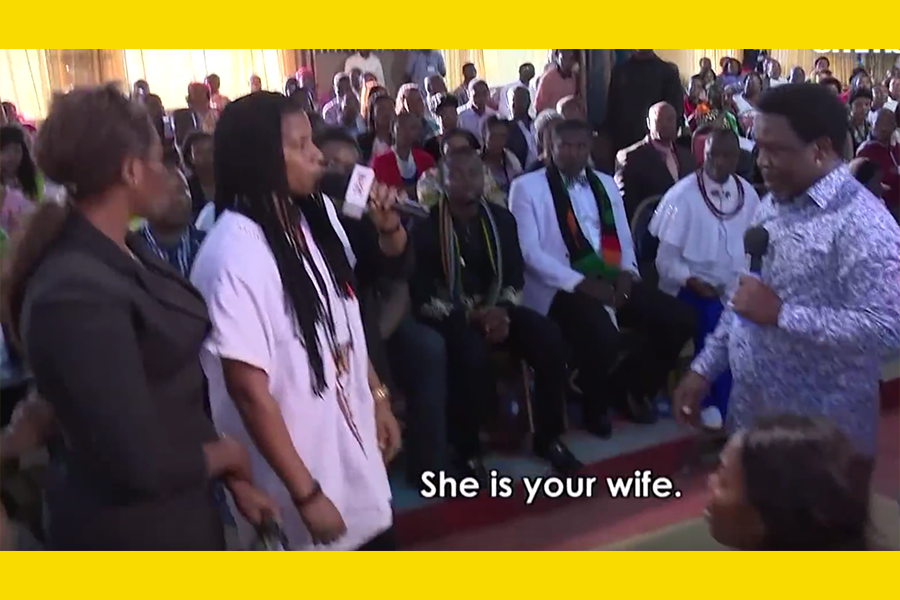 Pastors these days… In these desperate times, they are bound to hold the flock closer than ever. Some even go to extreme measures to make sure they get, and keep members…and Bentleys.

We are not sure if that is the case with Nigerian, philanthropist minister TB Joshua though. Some places in Nigeria are very poor and faith gets the people through. A lesbian couple there wanted Jesus in their lives. So by the authority vested in TB Joshua he tried to "beat" the "gay demons" out of them.

The Christian televangelist minister is known for his exorcisms that send medical illness, mental illness, and homosexual demons back to the bowels of hell from whence they came. He has even had to physically fight some demons.

Though his methods have been biblical before, he does not spare the rod in this severe video that surfaced of him exorcising the gay demons by beating the two women.

As you can see, the women claim that the "beating" they received in the church has "turned them straight". We do not condone VIOLENCE at all - especially against a person solely because of race, gender, or sexuality. What do you think though?

It worked!! lol this is crazy.

This is outrageous, God loves all people, Christ did not beat any one that was found to be in sin. So what give him the right to beat these people in the face.