Chris Young’s sentence of life without parole for a non-violent drug conviction is being challenged by Kim Kardashian. Kardashian, who helped to get Alice Johnson’s 1996’s life in prison conviction for a similar arrest overturned in June 2018, has said she has now shifted her attention to Young’s case. Young, 30, is serving life without parole in Lexington, Kentucky. Kardashian made international headlines when she successfully put pressure on President Donald Trump to commute Johnson’s life without parole sentence. On September 5, a government official confirmed to Bloomberg’s Justin Sink that Kim Kardashian was at the White House in the wake of the news that she had taken up Young’s case.

Kardashian will officially announce her involvement in the case in an interview on Jason’s Flom’s Wrongful Conviction podcast. According to Page Six, Kardashian says in the interview, “Yesterday, I had a call with a gentleman that’s in prison for a drug case – got life. It’s so unfair. He’s 30 years old. He’s been in for almost 10 years. I was on the phone with the judge that sentenced him to life, who resigned because he had never been on the side of having to do something so unfair, and now he is fighting [alongside] us to get [Young] out.” Kardashian goes on to say that she is in regular contact with the president’s son-in-law, Jared Kushner. Kardashian described Kushner as being “passionate” about sentencing laws.

Want to Silence Your Liberal Friends in 17 Seconds Flat? Show Them This
Health Sciences Institute

Young was sentenced to life in prison in 2010 in Tennessee after he was convicted of marijuana and cocaine possession. Young was found with half a gram of cocaine when he was arrested. The judge in the case, Kevin Sharp, resigned from the bench after being forced to hand out such a harsh sentence.

1. Young Was Offered a Plea Deal That Included 14 Years in Prison; He Rejected the Deal to Go to Trial

When Young was arrested, he was standing at a Shell gas station talking with a man named Robert Porter. Authorities said that Porter was found with eight ounces of cocaine and six ounces of crack cocaine in his car. Young was initially offered a plea deal that included 14 years in prison. Young rejected the deal to exercise his constitutional right to go to trial. Young was found guilty of conspiracy with intent to possess and distribute crack and cocaine. He was also in possession of a firearm at the time of his arrest.

Young had two previous arrests, one for drug and firearm possession in 2006 and possession of less than a half-gram of cocaine in 2007. By the time Young’s case was heard and the guilty verdict handed down, he had spent three years in county jail. Another year passed before his sentencing hearing, according to the Buried Alive Project. 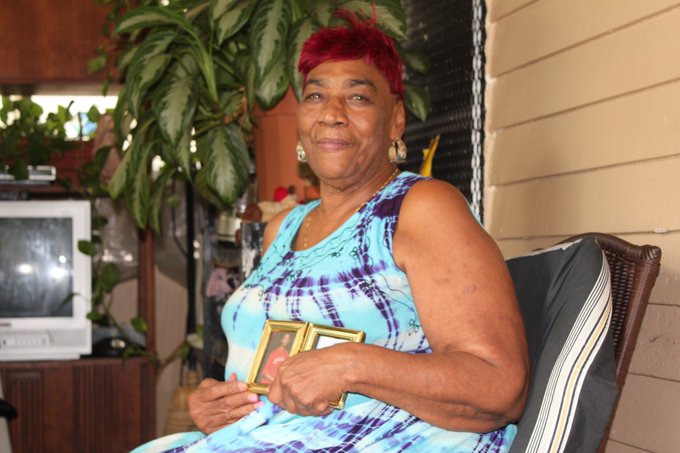 Last year Chris Young told me his biggest fear: His Big Mama dying before he was free.

In 2007, Young’s brother, Robert, committed suicide. Young was 18, his brother was 22. Speaking about his brother’s death in an interview with Vice in October 2015, Young said, “I felt like the only person that understood all the adversity I’d been through was gone. I was lost, and I made a lot of bad decisions.” Young had testified that his mother was a drug addict and that he grew up in a home that regularly had no electricity or running water. After working in a funeral home, Young went on to get involved in drug dealing. The Buried Alive Project says that it was Young who discovered his brother’s dead body.

3. The Judge in Young’s Case Said the 30-Year-Old Was Not Treated as an Individual During His Trial

At a sentencing hearing, the judge in Young’s case spoke in his defense. Judge Kevin Sharp said, “Each defendant is supposed to be treated as an individual. I don’t think that’s happening here.” In an April 2017 interview with the Tennessean, Judge Sharp said, “If there was any way I could not have given him in prison I would have done it… Most of the defendants (in drug cases) are not dangerous. They’re just kids who lack any opportunities and any supervision, lack education and have ended up doing what appears to be at the time the path of least resistance to make a living.”

According to Buried Alive, during his sentencing hearing, Young “prepared and memorized a twenty-five-page speech.” That speech made reference to Young’s brother’s suicide, his mother’s crack addiction, suffering from sickle cell anemia and having to bathe in his friend’s house in his youth.

4. Young Has Dedicated Himself to Education Since His Incarceration

Since his incarceration, Young has dedicated himself to education to “better himself.” Young told Vice, “I look at this like I’m in college. I don’t get to go frat parties or talk to women, but this is the time to get my skill set. When I’m reading in my cell, it’s like I’m studying in my dorm room.”

According to the Buried Alive Project, Young regularly reads three books at a time. That feature says that Young used to pretend he was Indiana Jones in his youth and that he is “fascinated by archeology, and can’t wait to travel to Egypt, to see the pyramids in real life.” In addition to studying, Young works as a law clerk in prison and is teaching himself how to write computer code without the use of a computer.

5. A Former Department of Justice Lawyer Said After Johnson Was Freed, ‘Never in History Has This Been Done’

On the day of Johnson’s release, her lawyer, Brittan K. Barnett, told the media, “President Trump saved Alice Johnson’s life today.” While White House Press Secretary Sarah Sanders said, “This administration will always be very tough on crime, it believes that those who have paid their debt to society and worked hard to better themselves while in prison deserve a second chance.”

Comment by flores460 on September 9, 2018 at 7:08am
I applaud Kim for what she is doing. I don't care if the person is black white or green or purple. Help is help! Its better than most blacks who sit on the sidelines talking loud and saying nothing. And doing nothing!

Comment by Yasmin on September 7, 2018 at 5:33pm
So she suppose to be Black People's savioir now