Chris Harrison ‘Stepping Aside’ from The Bachelor After Racial Controversy (Watch) 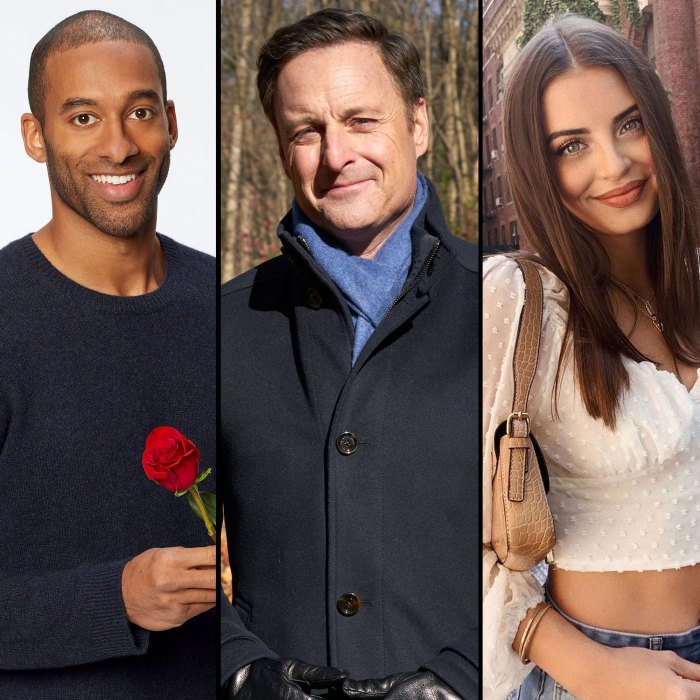 ”Bachelor” host Chris Harrison said Saturday he is “stepping aside” from the show “for a period of time” amid controversy over his defense of a current contestant whose past social media postings have been labeled racist.

“This historic season of ‘The Bachelor’ should not be marred or overshadowed by my mistakes or diminished by my actions,” the host and producer of the ABC reality show said in an Instagram post. “To that end, I have consulted with Warner Bros. and ABC and will be stepping aside for a period of time and will not join for the After the Final Rose special.”

Harrison had apologized on Wednesday after speaking out on behalf of Rachael Kirkconnell, a contestant who was reportedly photographed at an antebellum plantation-themed “Old South” fraternity formal in 2018. She has also reportedly “liked” photos that included the Confederate flag.

As previously reported, Harrison uttered his remarks during an interview with “Extra TV” correspondent Rachel Lindsay, also the franchise’s first Black “Bachelorette.” She said Kirkconnell attending the party was “not a good look.” Harrison asked, “Is it a good look in 2018 or is it not a good look in 2021?”

Harrison continued: “You’re 100 percent right in 2021. That was not the case in 2018. And again, I’m not defending Rachael. I just know that, I don’t know, 50 million people did that in 2018? That was a type of party that a lot of people went to. And again, I’m not defending it. I didn’t go to it.”
In Saturday’s post, Harrison wrote that he was “deeply remorseful” for the pain and damage his “ignorance” had brought to his “friends, colleagues and strangers alike.”

“To the Black community, to the BIPOC community: I am so sorry. My words were harmful. I am listening, and I truly apologize for my ignorance and any pain it caused you,” Harrison wrote.

“I want to give my heartfelt thanks to the people from these communities who I’ve had enlightening conversations with over the past few days, and I am so grateful to those who have reached out to help me on my path to anti-racism.”

Kirkconnell, in an Instagram post Thursday night, wrote that “her ignorance was racist” and that she “didn’t recognize how offensive and racist my actions were, but that doesn’t excuse them.”

She apologized to the communities and individuals her actions harmed and offended, and wrote that she is “ashamed about my lack of education.”
Kirkconnell is competing on the current 25th season of “The Bachelor,” and the first in which ABC cast a Black man, Matt James, as the show’s star.

Not wanting to get married. Seems to me like you have found the one the way you talk about her. Huh.....if you get hard thinking about her.......that's a damn good thing!!!!!! LOL!

caribmama lol what should i reconsider?

I think you got bit by the love bug!!!!! LOL! I can feel you gushing through my screen. I don't know suh...seems to me like you need to do some reconsiderations.

caribmama lol no i am not trying to settle, but there is still life, on the real my uncle was my mentor, he always taught me not to be around people who does  share my morales, business is business, so i always find my self gone before the after party unless i still had business involve, but yes i did meet a few good powerful people, i am blessed

My sister has a book club it has been snowing all weekend over here, and they were having their virtual meeting usually im the male guest and today that was the topic, i was telling them how proud it is when a man os powerful and he walks in an event or any place with his woman she beautiful and strong and every one knows her, as for me i just stand aside and let her shine while i smile, ot feels good when every one wants what you got and no one cant have her, damn it i get hard over that

Cut it out Mr1stroke...you ain't trying to settle down with no one......LOL! You had your foot more in the industry than I did. So I'm sure you got to shake hands with a lot of famous peeps  and have some interesting stories you could tell. It's nice to hear a brother say he likes head strong women. Most brothers do not, that's why they choose other races, cause they are not head strong. I have dated other races, but the brothers are the ones for me till the day I die. You learn when you date other races that you have to assimilate to their way, not saying that they won't assimilate to your way, ( ie: wiggers). I don't regret it, it's life experiences to help you to see what you want in life. To me....brothers are like Gods!!!

caribmama i was young then, the part that made them want to work with me is that i was so aggressive, i could talk my way out and into anything those clubs were crazy, meeting women i could not imagine, the good part is few of the women that i have met we remain friends not only because of sex but businesses, who ever had a dream we made sure we helped and ill be honest i was always upfront if a woman looked good and i was attracted to hwe i always let her know sex was on my mind, so dont think we brothers, after that then we can move on to friendship or what ever and i am still the same way, i feel like if we are chasing success why can't we enjoy the best part of life that 2 people can offer each other, so back then it was wild, but i have always appreciate the women that looked like the women in my family especially if they head strong, so i truly believe any one, black men or women who choose to love a white person is out of self insecurity and self hate, when you know they will never love you, they accept you for a reason and it will always be like that, and thats why they are all always crying wolf when it is over, let me find out i met you and let you got away, damn it dont let it be too late we both got life lol

Only a true intelligent man knows the difference between the two! Oh boy, you was running around with Bad Boy!!! Those were the days though! The industry was hot like fya!!!!!! Scratchin' records huh.....Multi talented Mutha....shut yo mouth!!!!! LOL! Damn....we ran in some tight circles. Wouldn't be surprised if I ACTUALLY have met you. I was in the clubs all the damn time. Thurs thru Saturday. I interned at at record company for a short minute and a studio. The one right next to Studio 54. Loved that club too!

caribmama i tried to sit down and observed life and the thing called love, i started dj at a young age, opened my own promotion company, got to do business with hot 97, street team for bad boy records, the refugee camps, and also killer cam, now when i landed in Canada for caribana i could not believe how white chicks was all over black men, i met a white chick who had her own house gave us place to stay for the week and did not want a dime for us, she fed us every day all because she liked me, invited hwr home girls and make sure my friends were good.