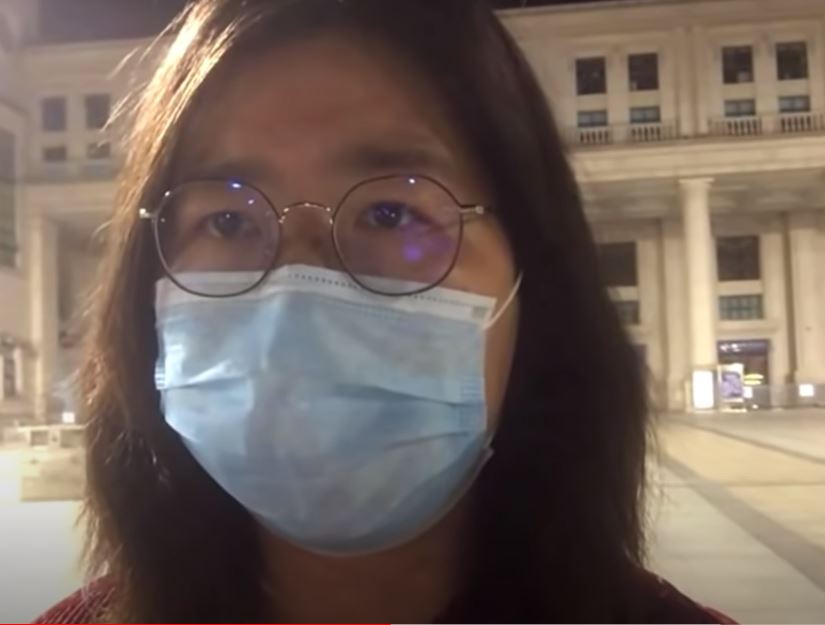 The Chinese government has sentenced a citizen journalist to four years in prison for reporting on the outbreak of the Wuhan coronavirus.

Zhang Zhan, a 37-year-old former lawyer, was sentenced to four years in prison in Shanghai on Monday for her reporting on the potentially deadly virus early this year

During the start of the coronavirus pandemic, Zhang Zhan’s live reports and essays were widely shared on social media, grabbing the attention of authorities. She was fiercely critical of the government for its virus containment measures and eagerly sought answers to the silencing of whistleblowers and other citizen journalists.

Zhang was arrested in May and was officially convicted for “picking quarrels and provoking trouble,” a vague charge often brought against activists and critics of the government in China.

Zhang’s hearing on Monday lasted less than three hours before she received the “heavy sentence.”

“The pronouncement of sentence in court was quite rare and unexpected,” said defense lawyer Zhang Keke. “It has something to do with the holiday timing in the West.”

“The hearing was very hollow,” the lawyer said, noting that his client attended the trail in a wheelchair due to her poor health.

“She barely spoke except for saying citizens’ speech should not be censored, to protest against the ‘illegal trial’,” said her lawyer.

“Four years is too heavy of a sentence, especially for an innocent person,” he added.

“Zhang Zhan thinks she will die in prison,” said Ren Quanniu, the other defense lawyer. “It’s an extreme method of protesting against this society and this environment.”

Zhang Zhan protested her indictment by going on a hunger strike in June. The authorities responded by force-feeding her through a feeding tube and restrained her hands 24 hours a day so she could not pull it out, according to the report.

Authorities “want to use her case as an example to scare off other dissidents from raising questions about the pandemic situation in Wuhan earlier this year,” said Leo Lan of the Chinese Human Rights Defenders organization.

According to the report, the United Nations human rights office also publicly noted concern for Zhang Zhan, writing on Twitter: “we raised her case with the authorities throughout 2020 as an example of the excessive clampdown on freedom of expression linked to #COVID19 & continue to call for her release.”