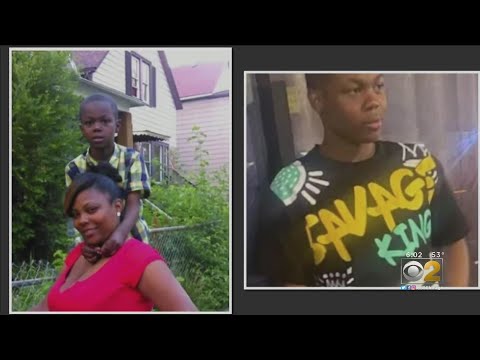 Talk about a tragic irony. In Chicago a mother was shot and killed just two days after her 14-year-old son met his demise in the very same spot

On Wednesday (11-24-21) the grieving family and friends of Delisa Tuckerand Kevin Tinker Jr. spoke with CBS 2 Chicago’s Suzanne Le Mignot. They are in shock and are asking why. They are also in unimaginable pain – losing two loved ones, just two days apart, and now planning two funerals.

“We need justice for Delisa and Kevin,” said family friend Michelle Tharpe. “That’s all we want.

Tucker, a 31-year-old mother of six, was shot in the chest early Wednesday morning on the 200 block of West 110th Place, off Wentworth Avenue. She was visiting the spot where her son, Kevin Tinker Jr., was killed Sunday afternoon.

The 14-year-old was shot multiple times.

“He didn’t deserve it,” said family friend Amber Lee. “He was a kid!”

Tinker’s father, Kevin Tinker Sr., said his son was walking home from a friend’s house when he was shot.

“Some violence found him,” said Tinker Sr. “He was a good kid. He didn’t gang bang. Played basketball. Played on his phone a lot. He liked to play games. He was not a gangbanger at all. He stayed in the house most of the time, with his little brothers and sisters.” 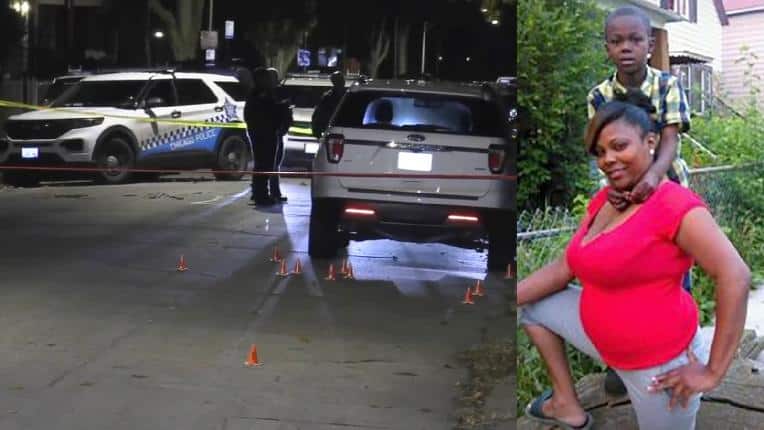 Tucker leaves behind five children between the ages of 4 and 15. Her loved ones have set up a GoFundMe page for help with funeral expenses and to provide for her children.

“Can you all please donate to the GoFundMe, please, so we can please lay them to rest, like well?” Lee said.

“If you all could, just please just donate for my friend and her kids,” said Tharpe. “They didn’t deserve this.”

Police said there were no witnesses to Tucker’s shooting Wednesday morning. Area Two Detectives are investigating the shootings of both mother and son.

Veronica B you are on point, you ain't never lie, you speak the truth that negros dont care about, except take away the brown people, we are considered as black, the brown are those hispanics they want to classify as more of vict9ms than black so they can give them every thing

Comment by Veronica B on November 27, 2021 at 8:22am
Who's forming a March? Who's saying enough is enough? We are scared to go into certain parts of certain cities to March against BLACK on BLACK CRIME...

Comment by Veronica B on November 27, 2021 at 8:17am
We as brown people, can blame the politicians for all the time, when will we stand up together and protest when it's black in black crime?...if that was a cop that shot that mother and child, the city would have been in an uproar...BLACK LIVES MATTER will Matter WHEN IT MATTERS TO BLACK PEOPLE!!!..we are the ones who can stop this madness...put those broken pieces in jail or to rest--meaning the thugs and criminals who don't give a damn about killing another brown person. YES, our young brown people NEED TO LEARN OUR HISTORY..
We have to without destroying your own neighborhoods..WTF?? Nobody is going to rush in and help STUPID ASS INDIVIDUALS.

lol i did not quite undertsand you comment, so can you please explain, because at the end of the day its not about reoublicans or democrats, its about policies, but if you sit down and talk to jewish business owners they can tell you better, after all may be all those peiple who votes democrat can tell me why is the blakc democrat community is in so much distress compare to the white democrat community, please somebody explain

Comment by Mnyama on November 26, 2021 at 5:17pm
@mr1stroke Stay away from the polls. Let the Republicans rub things. Your Black are will really see "don't care."

And slave niggers still glorifying white America, your,democrat politicians dont have that type of behavior in their districts, you vote for them over and over, but still no result, they just don't care to clean up your communify, its bad enough you cannot be responsible to stand up to crimes, but want to rely on white people who don't value your life to clean up after you, Biden is giving away big money to his friends how many of it is going to your community, it sounds good on paper when sell out niggers like Roland Slave Martin and Steve Harvey tell you so, but have you ever ask yout self physically where exactly are they really helping, what is the use of those programs when your lifestyle is still the same, Biden don't bother to sit with the troops or stop by a shelter this thanks giving but he is good enough to spend thanks giving at his billionaire friends mansion, bragging about it,all over the news, what woulf a black mother and,uer son get a shot at life, how many of those white democrats are going through such struggle in their community, its a damn shame how a group of people don't only accept slavery but also making excuses for their oppressor, its so sad