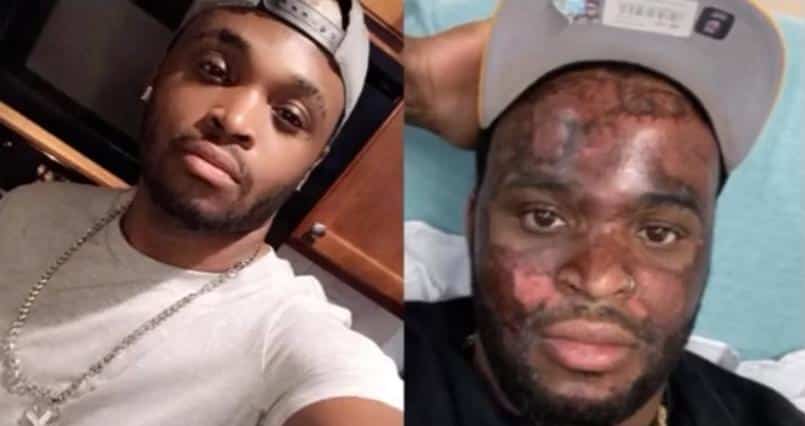 Neyo White, the man who went viral after a trip to a chemical peel from Georgia spa, turned into a nightmare, said he’s ready to take legal action
According to TMZ, White claims this ordeal that began when he went into a spa in Buckhead for a chemical peel on February 17th was not a stunt for clout.

White said he had gone to the Spa before to get other procedures to help with discoloration and evenness in his skin, but he wanted to try something a little more substantial, so he went in for a chemical peel.

He said the chemical peel went awry from the start when he felt burning during the process, but the woman doing the peel kept assuring him that everything was fine.

Days later, he ended up with burns and a completely discolored face.

White said he tried to handle the situation directly with the Spa, but he claims they haven’t responded to him and have denied his Cash App request for a refund.

White said he plans to sue for his legal bills, medical fees, and Uber payments for his numerous hospital trips. He also wants his $150 back for the botched chemical peel.

Hope he is safe inside..

Comment by vaughn mitchell on March 16, 2022 at 9:26pm
Chemical peel, that's what happens when you don't love the color your born with, damn idiot. the ass wipe wanted to bleach his skin. Lol

It seems like this negro was trying to bleach his skin and it went wrong.