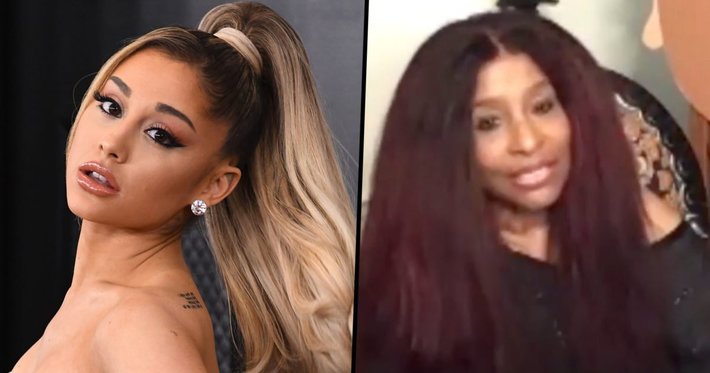 Reading between the lines, we don’t THINK it’s personal, but when asked if she will do another collabo with Ariana Grande, the great Chaka Khan said, “I’m not gonna do a song with no heffa!”

Wait. What’s going on, here? You see, the legendary singer worked with Grande in 2019 on “Nobody,” a track from the soundtrack to last year’s Charlie’s Angels reboot.

We got all this info from a convo that Chaka and comedian Luenell had on the YouTube channel VladTV. Anyway, Chaka Khan said that she had no interest in working with Grande again.

“F**k her!” Chaka exclaimed. “No, she’s all right, she’s good on her own. She don’t need… I don’t want to sing with another woman. I ain’t got nothing to say with a woman. You say it by yourself.”

Khan elaborated on her thinking when discussing the Grammy-winning singer Lalah Hathaway.

“That’s a bad singing b****!” Khan said. “Now what do I want to do with her? She’s got her own world, like I got my own planet. So uh-uh. And we can just effect each other, planetary-like. It’s beautiful enough for me.”

Khan previously poured cold water on her duet with Grande, The Independent noted, telling a red carpet interviewer in 2019 that “Nobody” wasn’t “gonna change the world, okay?”

Chaka Khan, best known for tracks including “Ain’t Nobody” and “I Feel for You”, last year released her first album of new material in more than a decade.

They ain't even in the same league! Why would they try to do a Caleb with areana. Putting Mickey Mouse characters next to a legend.