Chagas Disease, an Incurable Infection, Called the ‘New AIDS of the Americas': Report 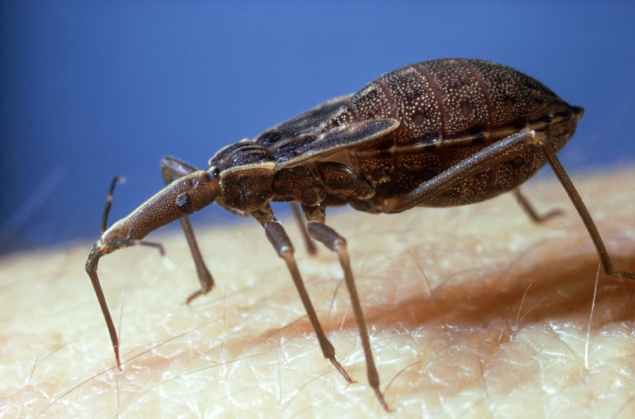 Experts have dubbed it the “new AIDS of the Americas.”

A parasitic infection called Chagas Disease has similarities to the early spread of HIV, according to research published recently in the journal PLoS Neglected Tropical Diseases.

Like AIDS, Chagas is hard to detect and has a long incubation period before symptoms emerge, the study said, according to the New York Times.

As many as 8 million people are infected in the Western Hemisphere, mainly in Bolivia, Mexico, Colombia and Central America, as well as some 30,000 people in the U.S., the newspaper reported. Chagas infects people in areas of poverty, and most U.S. cases are found in immigrants.

Because Chagas is often left untreated, it spreads easily, either genetically or through blood transfusion. If caught early, it can be treated with intense medication, but the drugs are scarce in poor countries and very little money is invested in searching for new treatments, the paper said.

Chagas is usually transmitted from the bite of blood-sucking insects that release a parasite called Trypanosoma cruzi into the victim’s bloodstream. The parasite can eventually make its way to the heart, where it can live and multiply.

Infections often stay dormant for years, and then emerge as heart arrhythmias and heart failure. About a quarter of victims develop enlarged heart or intestines that can lead to sudden death if they burst, according to the Centers for Disease Control and Prevention.

Experts say Charles Darwin suffered from Chagas disease, being called the “new AIDS of the Americas.”

New research suggests Chagas may have led to the death of Charles Darwin — one of the great medical mysteries.

Researchers from the University of Maryland School of Medicine believe Darwin suffered from three different illnesses, including a Chagas infection contracted on a voyage to the Andes in South America, the Wall Street Journal reported earlier this month.

Darwin wrote in his diary that he was bitten by a “great wingless black bug” during the trip in 1835. He died 47 years later of heart failure.

This article is pure 'scare tactic'.  I suspect this disease is common amongst the recessive, weak-gene, Caucasoid race and not the, dominant-gene, melanin-rich, Moor nation. Big ups to melanin-power! :D