More Details Emerge In Case Against Cee-Lo Green. Woman Claims He Slipped Her Ecstacy & Had Sex With Her Against Her Will++Cee Lo Green Accused Of Sexual Battery In L.A. Singer Denies Any Wrongdoing As the LAPD continues to investigate, more details are emerging in the case where a woman is accusing Cee-Lo Green of sexually assaulting her.

As we previously reported BELOW, a woman filed a police report earlier this week accusing "The Voice" mentor of the crime. Since then new details have emerged.

The woman claims that Cee-Lo took her to a sushi restaurant in Los Angeles and slipped Ecstacy into her drink. She says the next thing she remembers is being naked in a bed with the Goodie Mob member in the room.

The victim, who does not live in California, went to her local authorities to report the assault and the case was referred to the LAPD. 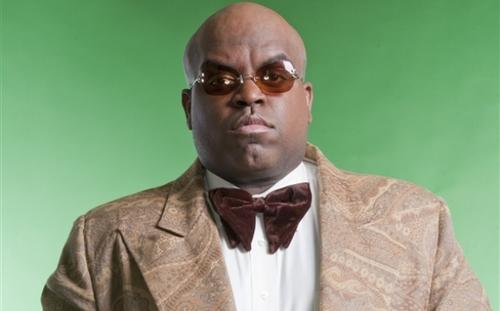 According to TMZ, the LAPD had the woman make a "pretext call" in an attempt to get Cee Lo to admit to the crime on tape. Reportedly the singer is heard on the tape apologizing and referencing MDMA (Ecstacy). Cee-Lo does not admit to putting the drug in her drink, but does say he thought it would help them have an exciting time together.

Sources connected to Cee-Lo say no such tape exists and accuse the woman of first approaching the singer through a civil lawyer before going to police and demanding money to make the case go away.

Sources close to the accuser say her lawyer approached Cee-Lo's people to find out if he had any STD's (sexually transmitted diseases) and never asked for money.

LAPD detectives will refer the matter to the L.A. County District Attorney's Office when the investigation is completed A woman has filed a police report with the LAPD accusing Cee-Lo Green of sexual assault.

TMZ reports that the investigation into the allegations against the Goodie Mob member and judge on NBC's The Voice is just beginning. Cee-Lo, real name Thomas DeCarlo Callaway, denies any wrongdoing.

The police visited a downtown Los Angeles restaurant where they questioned employees and the manager there.

Cee-Lo says he hasn't visited that restaurant for at least three months.

"Nothing ever happened there or anywhere else," the singer insists. The LAPD is not releasing the identity of the woman who filed the report. They are also not revealing what Cee-Lo is accused of doing or where it took place.

A source close to Cee-Lo told TMZ, "I have never seen Cee Lo act in a physical way toward anybody."

We'll keep you updated as this story develops.

Comment by Connie on November 3, 2012 at 9:04am
Looks like this woman may have set uo C-Lo. When since rape victims hire a lawyer and negotiate an alleged criminal act for $$, prior to reporting to the police. Smell an opportunist here.