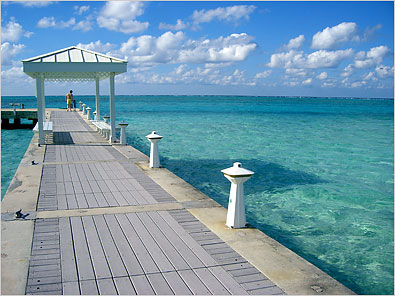 The islands' police department has increased the number of uniformed and armed police officers in the community.

Top law enforcers were meeting Monday to discuss other ways of responding to the uptick in crime. Duncan says officials are exploring "every possible way, within the law" to tackle the violence.

The tiny offshore tax haven is located about 150 miles (240 kilometers) south of Cuba.

Comment by PATRICK SMITH on September 24, 2011 at 11:31pm
THE GOVERNMENT PEOPLE AND POLICE NEED TO MOVE SWIFTLY TO  ERADICATE THEIR LOVELY COUNTRY FROM THESE NUSANTS, AND  STOP THE VIRUS (THESE MURDERS) FROM SPREADING  AND INTOXICATING OTHERS TO THINK ITS OK TO  BE KILLING PEOPLE AS THEY FEEL LIKE..   AND CHANCES ARE THESE MURDERS ARE NOT CAYMANIANS  BUT REJECT FROM OTHER  COUNTRIES.

Comment by carolyn johnson on September 22, 2011 at 3:14pm
the water is so pretty a place i always wanted to go mayb some day still