Star quarterback Cam Newton of the Carolina Panthers has been transported to a local hospital in Charlotte following a two car accident.

The player's truck flipped several times after a car pulled out in front of him. The accident happened near the Panthers' training facility. The Charlotte Observer tweeted a picture that appeared to show Cam smiling while being treated by emergency personnel. There's no official word on his current condition. 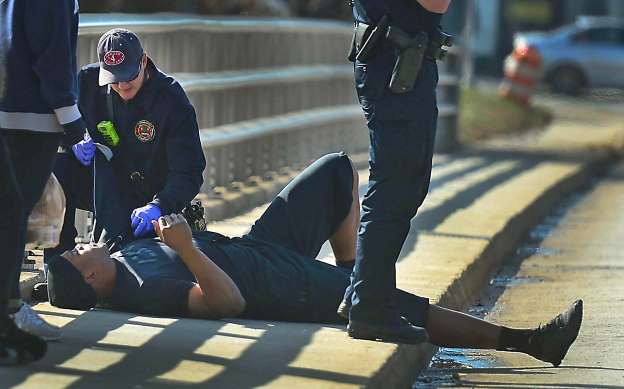 Cam Newton suffered fractures to his lower back in this morning's accident. The good news is that he won't require surgery and there were no internal injuries, according to the Associated Press.

"Right now we have thought about Cam's well-being and we understand there was someone else in the other car who was injured," team spokesman Charlie Dayton said. "We just hope that they're all OK."

Newton is expected to be released from the hospital Wednesday after undergoing more tests.