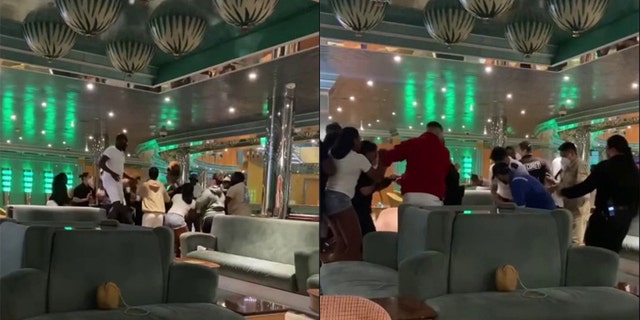 According to a witness, a massive brawl between dozens of people on board a Carnival cruise ship was caused allegedly by jealousy over a threesomebetween passengers. Theresa James, claims that the fight started just before 2 a.m. on the ship’s fifth floor, where a dance club and casino are located.

The fight occurred on the last night of the ship’s eight-day Caribbean cruise with stops in Dominicana, Turks and Caicos, and the Bahamas. Video footage shows a very chaotic scene between about 60 passengers punching and shoving one another. Although the initial argument was between two passengers, it spiraled out of control with more and more people piling in.

The fight ended up moving around the ship starting from the fifth floor to the first floor, all while the ship’s security guards attempted to break up the fight where they could. The Coast Guard had to escort the ship back to dock and the NYPD opened a probe

No arrests have been reported in the aftermath of the fight, and it’s unclear which agency would lead the investigation since it happened on the ship. Neighbors, thoughts?

If only they'd read the following article and received the scientific truth. SMDH