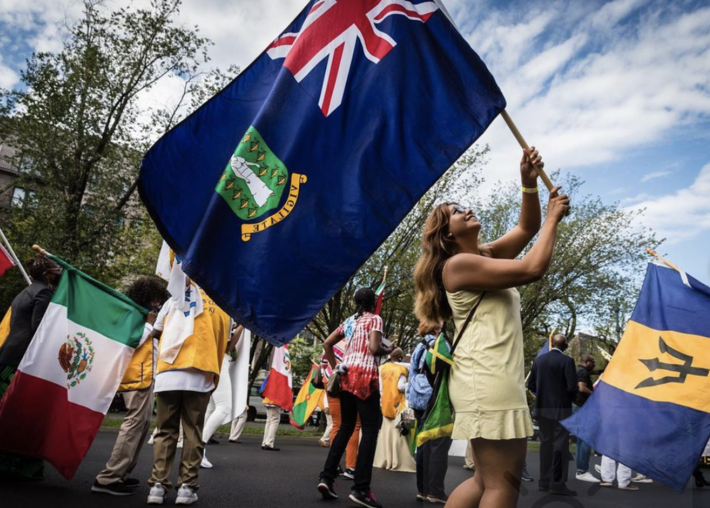 Despite announcing that the West Indian Day parade was canceled, for the second year in a row, Mayor Bill de Blasio and a host of local politicians marched in a scaled-down, very discreet version of the parade on Monday, which made ardent followers upset.

The parade got started at 9 a.m. at Nostrand and Eastern Parkway in Crown Heights and lasted about an hour. Accompanying the dignitaries were two floats with DJs pumping out music, and about 500 flag-toting marchers and colorfully dressed revelers.

It all ended at the Brooklyn Museum.

Regulars to the annual event felt very disappointed and hurt that an announcement about a cancellation was made, but it happened anyway. Some felt they should have been given a choice.

Spokesman for de Blasio, Bill Neidhardt insisted on Monday that it was made clear in “press materials” that the event would feature local elected officials — but the mayor never mentioned it during his recent daily press briefings.

A West Indian American Day Carnival Association Board member also defended the decision saying it was the responsible thing to do for the community, as a precautionary COVID measure.

Meanwhile, about 150 revelers gathered on Flatbush Avenue and Eastern Parkway in Brooklyn around 3 am at an unofficial J’ouvert meetup.

Those that gathered danced on the sidewalks and on the streets. Some rang bells, as others could be seen waving flags.

NYPD Community Affairs cops were present, some assembled in the streets while police cruisers patrolled the area.

Around the same time this was happening, at Crown Street and Nostrand Avenue, a mother and her 6-year-old son were shot in the legs as they returned home. The New York Post reported that the pair were shot as they were getting out of a cab in front of their apartment.

The mother, 47-year-old Patricia Brathwaite, said that her son underwent surgery and is recovering well. Two teenagers at the scene were arrested for possession of weapons. It is unclear at this stage if they were responsible for the shooting

Dumb happy slaves celebrating being conquered by whites, Black tribes from the islands all divided and conquered. party animals with no culture.....Natty wine up so, as the Last Poets said, party and B.S, party and B.S......