Cardi B Celebrates As “WAP” Debuts At No. 1 & Broke Tekashi 6ix9ine YouTube Record 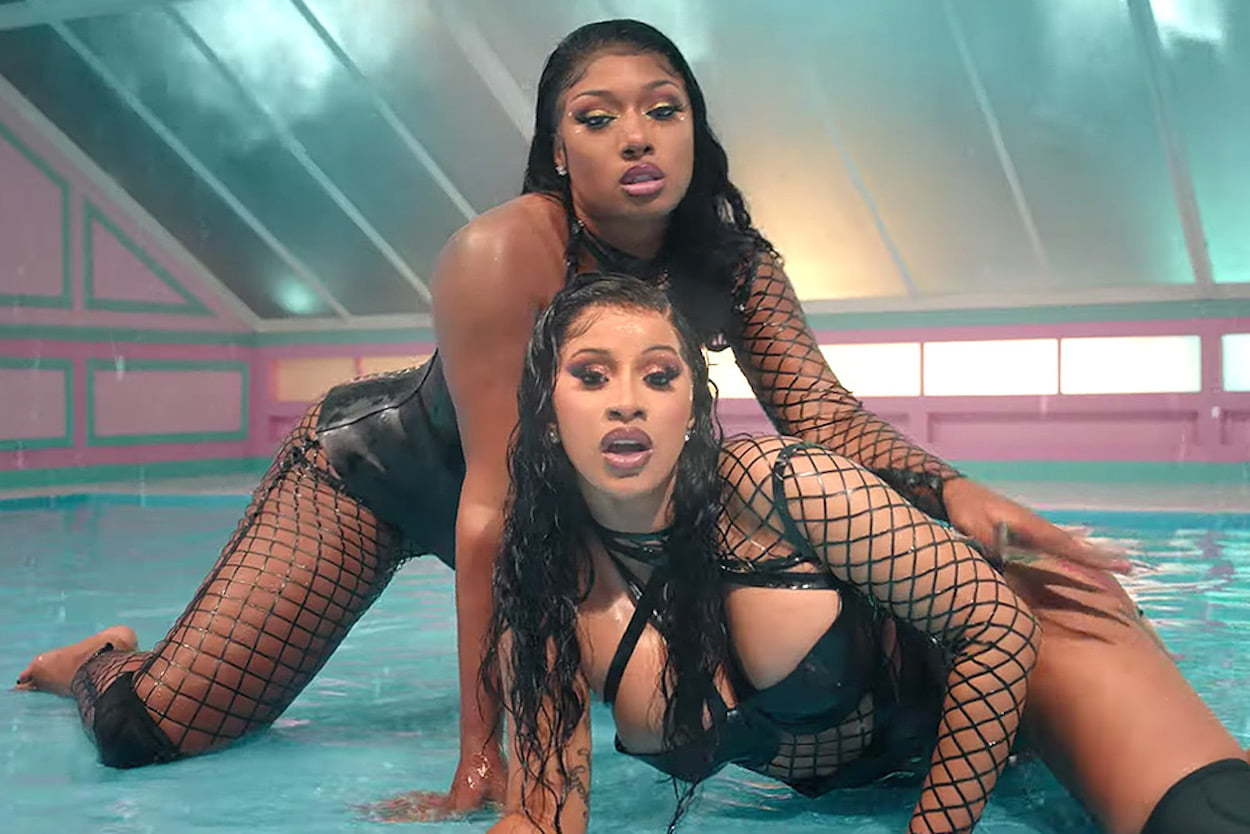 Cardi B and Megan Thee Stallion are at the top of the Hot 100 chart this week with “WAP” and the two ladies shattered all types of records.

After a week of non-stop winning, “WAP” took the top spot once and for all. Cardi B’srisque comeback single is now the number one song on the Billboard chart, simultaneously topping digital song sales charts, the Hot 100 and radio airplay lists in the same week that it was certified gold by the RIAA. Assisted by raunchy big-budget visuals, the buzz around the banger is a stellar sign of good things to come from Cardi’s upcoming sophomore project. The accomplishment is also Megan Thee Stallion’ssecond number one in as many months, a savage reminder that it’s another hot girl summer.

Waking up to the awesome news, Cardi immediately thanked the Bardi Gang and Hotties for their overwhelming support after her 9-month hiatus. The “Money” hitmaker could barely contain herself, promising a full testimony later today and reassuring fans “when Jesus say yes, nobody can say no. NOBODY!. Number f***** one !!!!!NUMBER 1 !!!My 4th number 1 on billboard hot 100….I’m just so thankful I want to hug the LORD !! Thank you soo much @theestallion .I don’t even know how to thank you ,I wish I can give you a big a** hug !!! Thank you to my fans Megan fans,Thank you the world for listening .Im just soooo thankful I can’t even type it .Imma get like a bad b**** and tell ya later.Love ya WAAAAAAAPP,” she said in the post’s caption.

It doesn’t stop there, as the Collin Tilley directed video has also racked up over 100 million views with its all-star Cameos including Normani and Kylie Jenner. As if things couldn’t get any better, “WAP” is Cardi’s fourth No. 1 single on the Billboard Hot 100, making her the only female rapper to achieve this prestigious feat at such an early stage of her supernova career. The song also sold 125,000 downloads, the highest in a single week since Taylor Swift’s “Me” in May of last year.

Follywood people are so dam phoney! whoeva promoted that garbage is the dam devil. the only people that support these thots are other ratchet thots