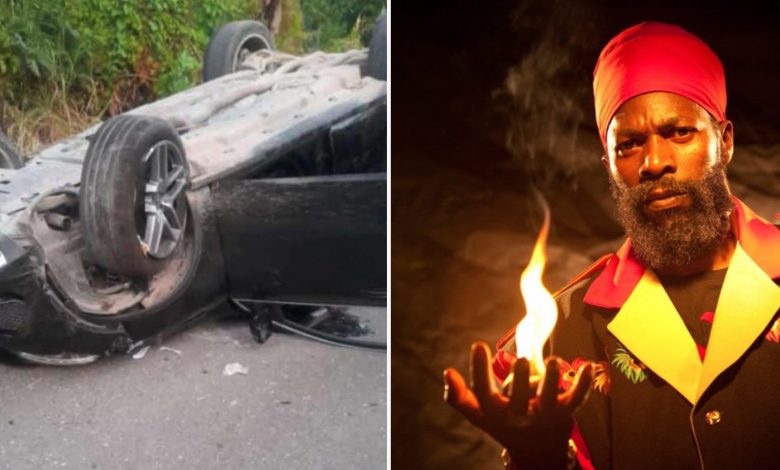 Veteran entertainer Capleton was involved in a serious car accident in the community of Llandewey in the parish of St. Thomas at about 5:00 a.m. this morning.

According to reports, “The Fireman” was in the parish for a charity show on Monday that is aimed at building communities, alongside another veteran, Sizzla. Upon returning home with members of his family including his brother, nephew, and cousin, his black Benz crashed and overturned on the road.

Subsequently, they were transported to St. Andrew’s Memorial Hospital in Kingston where they received medical treatment for minor bruises sustained and were sent home.

Capleton’s manager, Claudette Kemp confirmed the accident with the Observer Online, in which she is quoted saying that “The vehicle write-off but he is okay. He is recuperating at home”.

Clifton George Bailey III, more popularly known as Capleton hails from the parish of St. Mary. He emerged on the Dancehall scene in the late 1980s and is known for songs such as “Tour”, “Who Dem”, “Stand Tall”, “Jah Jah City”, “Raggy Road” and many others. 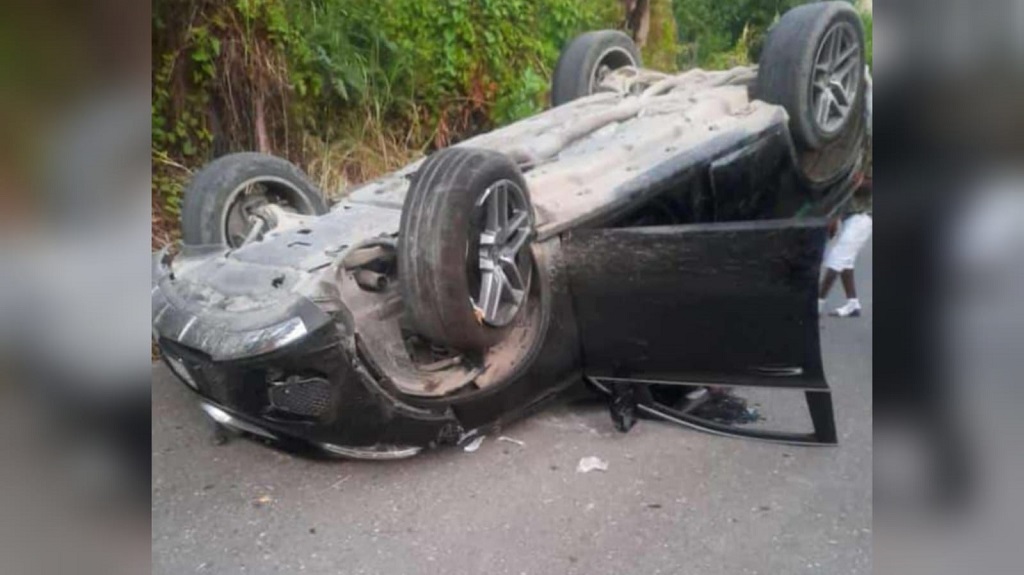 Photo of Capleton’s Benz after the accident

Capleton who is “at home resting now” took to Twitter moments ago to update his fans on his current situation. “Greetings, I was in an accident today while driving with my family but I’m at home resting now. Give thanks for all your well wishes worldwide. JAH Bless. CAPLETON,” the message stated.