Capitol Police Officer: ‘I Got Called the N-Word a Couple Dozen Times’ by MAGA Rioters {VIDEO} 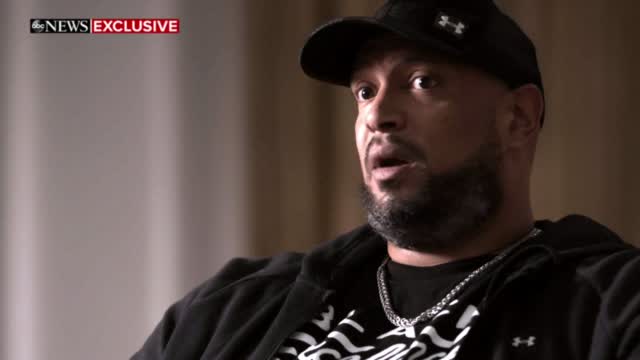 Officer Harry Dunn had spoken to BuzzFeed News in the days after the riot, but remained anonymous for the article.

In the ABC News interview, which aired Monday on “Good Morning America,” Dunn recalled being surrounded by rioters, his lungs burning from pepper spray and bear mace, and bursting into tears. When one of his colleagues asked him what was wrong, Dunn said that he felt devastated by the blatant racism of the rioters.

“I got called a [N-word] a couple dozen times today protecting this building,” Dunn recalled telling his colleague through tears. “Is this America? They beat police officers with Blue Lives Matter flags. They fought us, they had Confederate flags in the U.S. Capitol.”

Dunn takes issue with those who say the rioters were only motivated by a desire to stop the certification of Joe Biden as president. The officer told “GMA”: “Everybody wants to say that it was about politics and everything—but there was a large number of people in that crowd that were racist.”

Dunn described one moment when he was looking over the crowd and realized that any one of them could have a gun, and that he was an obvious target. “If I can imagine what war is like, I would imagine it was like that. We had our guns out, we had our rifles, our long-guns, and I was on this stage and I’m thinking: ‘All these people out there, they’re armed too, they have guns on them.’ A sea of people and you can’t know who you’re looking at, which one is looking at you, and they see me out there with this rifle and I’m like: ‘I’m gonna get shot.’”

He praised his fellow officers who were there that day, including officer Brian Sicknick, who lost his life after being attacked by rioters, and who Dunn described as a “brave” and “dedicated officer. Dunn also singled out Officer Eugene Goodman, whose run-ins with rioters were caught on camera and have raised him to the status of national hero.

As for the rioters, Dunn said: “They were terrorists. They tried to disrupt this country’s democracy—that was their goal… And you know what? Y’all failed because later that night, they went on and they certified the election.”

Comment by Sheldine Forde on February 25, 2021 at 2:23pm
Facts. No One but themselves. This is, and always will be, #WHITEAMERICA. #FACTS

Sheldine Forde real talk, at least you're being an observant, the rest of the blind are just complaining and still hoping for hugs from white people, they want to liked so bad, they better off be on instagram, white people dont love no one

Comment by Sheldine Forde on February 25, 2021 at 11:09am
Meant to say they will ALWAYS refer to you as a n*****, no matter how special you think you are for helping them.

Comment by Sheldine Forde on February 25, 2021 at 11:02am
Oh you better believe this is America. It is white America. They don't give f if you tried to help them or not. You are black brother, and they will ALWAYS refer to you as a bigger, despite what you may think. America sucks all day everyday especially the government, from the President on down.

Seriously what you think was going to happen, you thought they were coming to greet you, give you a hug and call you brother, you negros are the one who think when you are in that uniform or hanging around white people you are no longer a person of color, while yall busy feeling special, white America is at its best, the devil dont die, it waits to be reborn, white people can pretend but they will never have love for black people, especially your joe biden and those like him.

If you want to prove me wrong dont come here and argue with me, this is the biggest distraction when one refuse to accept their wrongs, instead break down and explain why are black people marching same issues, why do you still face racism, why does the community looks like its going backward in every ways, what have those good white people, the so call they are not racist especially those in government have been doing, compare your self over the years to others, look at the policies they have changed for Gays, immigrants, latinos and asians, how come your policies are still the same starts with police reform?

Please explain, all we need is an explanation, go straight to the source and than you can vamp all that extra stuff is not important right now, if you cant do that, than you are keeping proving me right