THEY'RE PUSHING THE ENVELOPE!!!

A baby has been issued an ‘unknown’ gender identity health card in British Columbia, Canada, after the child’s parent fought to raise the infant with a neutral gender.

Kori Doty is a non-binary transgender parent who is also fighting to have the eight-month-old child’s gender omitted from their birth certificate, as well as in any other governmental documents. 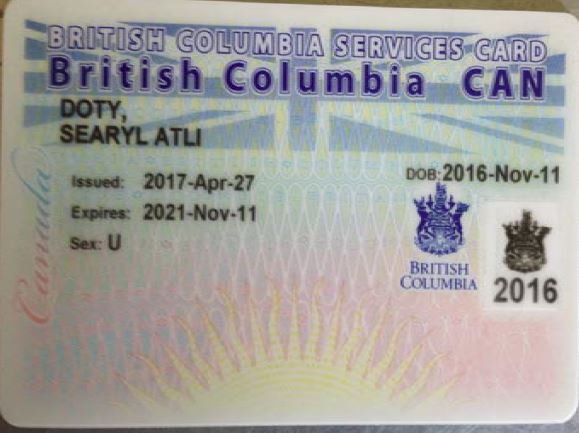 In what could be a 1st, #BC child #BC issued health card w/ “U” for sex. Parent Kori Doty at centre of fight w/ Vital Statistics. #LGBTQ

“Often I’ll just say I don’t know yet, or I’m not rushing to apply those types of labels on this kid. Right now they’re just a baby,” Doty says of questions about the child’s gender.

Doty reportedly gave birth to baby Searyl at a friend’s home last November, and so the newborn’s gender wasn’t recorded by a medical professional. When Doty registered Searyl’s birth with Canada’s Vital Statistics Agency the baby’s gender was listed as “unknown.”

Doty filed for a judicial review of the decision, reports the Vancouver Sun, but unexpectedly received a gender neutral British Columbia Services Card for Searyl in June. The card is provided by the Ministry of Health and issued by the Ministry of Technology, Innovation and Citizens’ Services.

“I do not gender my child,” Doty said in a statement. “It is up to Searyl to decide how they identify, when they are old enough to develop their own gender identity.

“I am not going to foreclose their choices based on an arbitrary assignment of gender at birth based on an inspection of their genitals.”

The gender neutral service card will help strengthen Doty’s case, according to her Lawyer Barbara Findlay.

Some precedent on the issue has already been set in other parts of Canada: Alberta allows people to put an ‘X’ as a gender marker on birth certificates and other government documents, while Ontario offers gender-neutral health cards and driver’s licences, and plans to extend this to birth certificates next year.

KJK The mother herself does not identify as any gender and is imposing this on the child "so it can choose later in life."  Meanwhile it has gender specific genitalia they refused to acknowledge/look at----IT"S SICK, PERIOD but i take it you are part of that movement/agenda and if you are, it speaks soundly about you to justify this bullshyt

Comment by KJK on July 4, 2017 at 1:45pm
Was the baby born with both sets of genetalia, or is the mother simply choosing NOT to identify the baby with either gender so it can choose later in life???