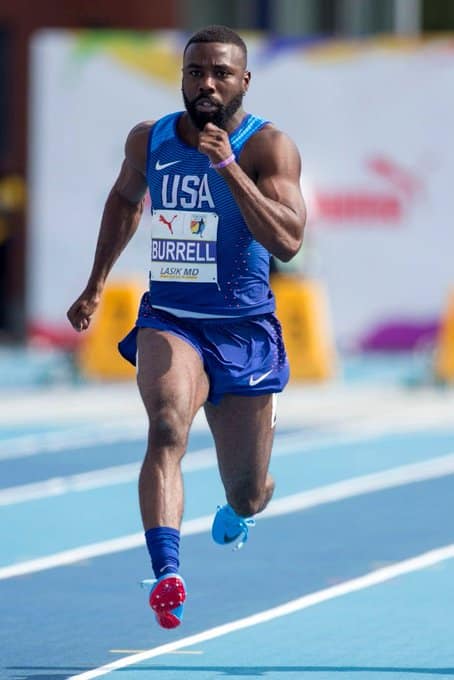 Cameron Burrell, the son of Olympic gold medal-winning parents and the Godson of Carl Lewis, has died at age 26

Burrell, a former national champion 100-meter sprinter at the University of Houston, passed away Monday but the cause of death has been announced.

“My family is extremely saddened with the loss of our son, Cameron. We are going through profound sorrow and ask that all of our friends, extended University of Houston family and the track and field community in the U.S. and abroad allow us to gather with our closest family and friends. We are profoundly grief-stricken and thank everyone for the outpouring of prayers and support.”

“Words cannot express how we feel for Leroy, Michelle and their family. Cameron grew up around the Houston athletics department, worked hard and developed himself into one of our greatest track and field stars,” athletics director Chris Pezman said. “To lose him so suddenly is tragic. We ask all University of Houston and track and field fans to keep coach Burrell and his family in their thoughts and prayers.”

Burrell is the 121st man to break the 10-second barrier in the 100-meter sprint. He turned pro after his collegiate career.

Your post is really beneficial to me, and I want to read more of your writings. I recently discovered a very excellent game called run 3 and if you have spare time, you may come and play with me.