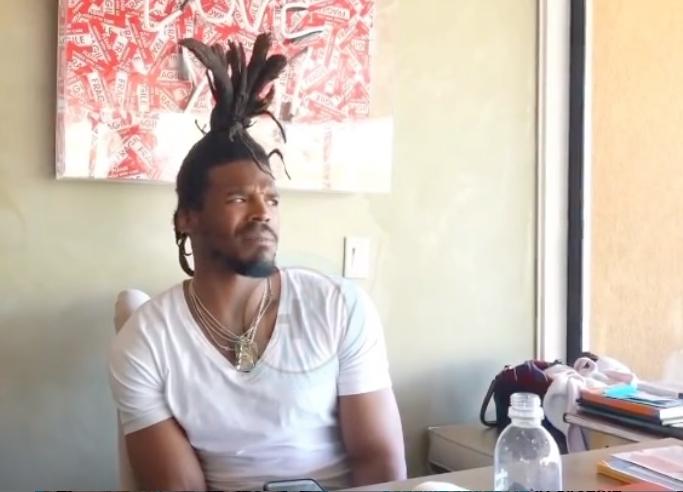 NFL quarterback Cam Newton is clarifying his recent controversial comments, where he tried to differentiate a traditional woman and a “bad b*tch.” Cam affirms he’s not a sexist and despite claiming “women need to know when to shut up,” he says, he “doesn’t think women are beneath him. ” Prior to Cam now clarifying his comments, he previously went on friends Gillie Da King and Wallo’s podcast, ‘Million Dollaz Worth of Game.Cam first explained how he was raised in a two-parent household and how his mother was a woman, not a “bad b*tch.”

Here’s where things got even worse; Cam continued, “A woman for me is handling your own but knowing how to cater to a man’s needs.? A lot of times when you get that ascetic of ‘I’m a boss b*tch, Imma this, Imma that.’ No baby! But you can’t cook. You don’t know when to be quiet! You don’t know how to allow a man to lead.”

Now, trying to clarify his comments, Cam says, “Recently, I was just scrutinized. Bashed. Went viral. For something that I did and spoke on. But it was a clip that was taken completely out of context. I think for me, growing up how I grew up, raising my children, my daughters, the way I raised them, it’s completely different than how I was depicted. And that hurts me to a degree but also tells me where we still are as a society.

We are very, very sensitive on topics that need to be brought to the forefront. And if you use me as a sacrificial lamb, so be it. I know my heart. I know my intentions. I never once had this sexist mentality. I never had this dictatorship mentality towards women. You know, this mentality that women are beneath me because that’s completely false. That narrative being even highlighted is completely against everything that I believed in and do believe in.