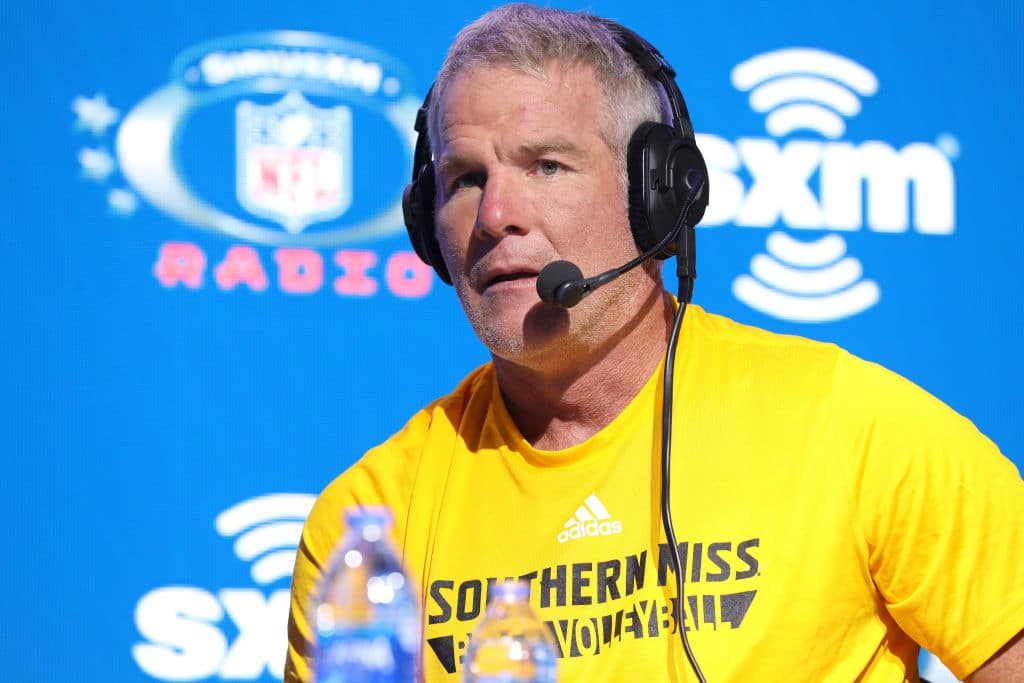 Sports fans are calling for Brett Favre to be removed from the Pro Football Hall of Fame amid news that he received millions of dollars from a Mississippi welfare fund.

We reported previously that the ex-Green Bay Packers’ quarterback is named in a lawsuit for his link to a Mississippi nonprofit whose founder has already pled guilty to misusing federal funds, Insider reports. It is alleged that Favre, who retired from the NFL in 2010, used his connections to divert funds from the nonprofit to bankroll a new volleyball stadium at his alma mater, Southern Mississippi.

An April 2022 investigation by Mississippi Today claims Favre pressured “Mississippi welfare officials to steer taxpayer funds to his pet projects — one of which he planned to profit from.”

Mississippi Today published on Sept. 13 alleged text messages between Favre and his co-conspirators, including now-former Gov. Bryant. In one message, Favre asks, “If you were to pay me is there anyway the media can find out where it came from and how much?”

Favre’s lawyer claims he was unaware that the money came from Mississippi state welfare funds. According to multiple reports, Favre and Bryant have not been charged with a crime. However, Favre’s role in a Mississippi welfare fraud scandal has cost him his radio show.

As reported by Fox News, “The SiriusXM Blitz With Brett Favre and Bruce Murray” on SiriusXM Radio have been put on hold amid the Hall of Famer’s civil lawsuit.

According to NBC Sports, calls are growing for the 52-year-old to be removed from the Hall of Fame. However, Black Enterprise notes that “it seems unlikely that Favre will be penalized, as the Hall of Fame bylaws don’t allow for removal,” the outlet writes.

Meanwhile, sports analyst Shannon Sharpe has called Favre a “sleazeball” while actor Michael Rapaport also had a few words for Favre in a video message shared on social media

They are not going to remove that crook, I hope he go to jail. If they remove him, then white are going to say , why not remove Lawrence Taylor,  for the dumb s*** he did off the field.