Buju's Trial Date Has Been Changed from April 19th, to June 21st..Why? 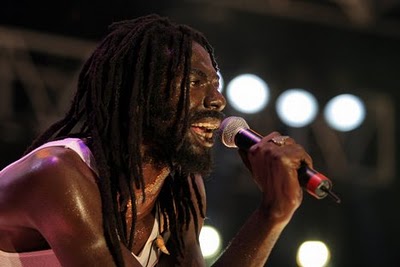 Buju Banton's been awaiting trial for the past four months, and right when we thought the ball was gonna start rolling, a judge decided to reschedule the trial date to June 21st, without explanation. According to Buju Banton's star lawyer, David Oscar Markus, "We really want to go on trial and were ready to go on April 19th."

David Oscar Markus filed a motion asking the judge to reconsider the change.

"We have been working very hard to be ready for this date," he wrote. "We have potential witnesses flying in from Jamaica who have made their plans. We have made our flight and hotel plans. We have lawyers on the team flying in from Houston and Washington, DC who have also made their flight and hotel plans...
Perhaps more importantly, Mr. Myrie (Buju Banton) is in custody and wants to go on trial as soon as possible."
Markus said he would consent to have the case transferred to a different judge if Moody has a schedule conflict.

David Markus even contacted the Assistant U.S. Attorney James Preston who said that he objected to the case being transferred. Markus asked why the trial was being postponed but James Preston claimed that he was unable to discuss details." He responded that he could not say anything." states Markus.