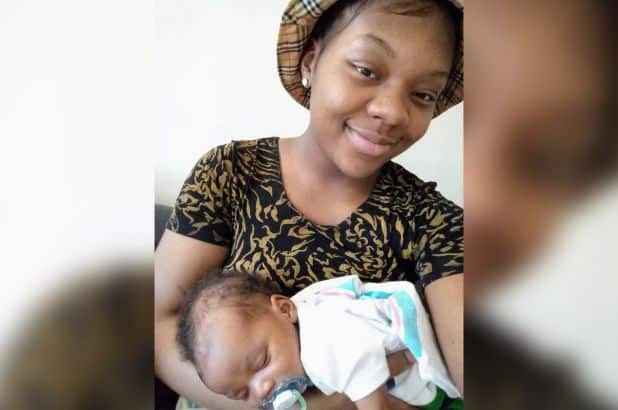 Sounds like this woman might have been going through some kind of mental disorder like postpartum psychosis where new mothers will initially harm their children!  She needs evaluation and maybe her tubes tied or put an IUD in her to prevent her from having anymore children in the future.  So sad.

If anybody knows about the Rockaways......it's a ruff neighborhood. I wish these ladies would take more pride in themselves and get on birth control the minute they choose to have sex, that way they can live there life as they please until THEY are ready to have a child. But they are not being taught stuff like this. Postpartum is real. I suffered from it for a spell and it really does fyck with your mind. It's scary when you are in a situation that you want to hurt your child. I'm glad I was able to snap out of it.

Jeffrey L Donovan life is hard especially during the covid 19 times, well what about before that how did she had those kids, who did she had them with, what about all those females in the community who have been having no kids and dont care who they get pregnant for way before covid 19? Those bums who are getting those females pregnant dont have nothing to do with BLM they dont have times to spend with their kids do you think they will take time to rally, making excuses for those females will never fix the problem that is why they continue to do what they are doing, this is a culture in rhe community popping kids like ots nothing, those females know those bums will not take care of the kids but yet those are the bums they lay with, those females dont care about commitment, do the survey go to the hood and find one of those females with kids who actually had a relation or married, as long those dudes take them out for a plate they will f***, it is a disgrace thats not the first tome we read about those females killing their kids, before people would blame on mental illness now its covid, which makes it ok, that community is a dump the way people tolerate the nonsense and telling them its ok they can do it again

Comment by vaughn mitchell on June 15, 2021 at 10:43am
24, two kids, baby daddy problems. She could have given those babies away, instead she chose to kill them. They should post these messages in the hood. She should let all new born mother's know this, enough is enough. Poor babies. She should never have kids.

What this young lady did was wrong, but the challenges of live can become unbearable at times, especially in these Covid-19 times, where millions have lost their jobs.  It is never an excuse to hurt anyone, especially children. It is better to just give them up for adoption, or at least give them to the state, until able to better take care of them and yourself. And these scumbag fathers, sperm donors, need to support their children. Don't just walk around with banners saying Black Lives Matter. If you let children die from lack of support, you are no better that the White person who shoots one of us.