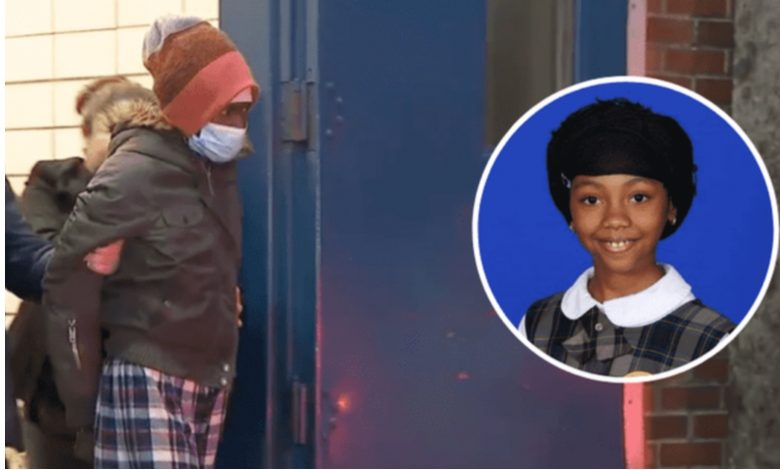 The Police in Brooklyn on May 16, have arrested a 48-year-old woman for the death of her 9-year-old daughter after she was reported to have beaten the child to death with a broom and electrical cord.

The mother whose name is Shemene Cato was detained by the Police after a 24-hour investigation was carried out by them which saw them getting information from the woman’s neighbours who made complaints of a foul-smelling scent that was coming from her apartment. After being summoned, the Police conducted a search of the building whereupon the child’s body was found with reports of lacerations in multiple places.

According to Sleek Jamaica who reported on the story, the cause of death was blunt force trauma, which led to Cato in consequence being slapped with charges of assault, manslaughter, weapon possession and endangering the welfare of a child. She is also currently in Police custody without bail.

As for the members of the community of Lincoln where the 9-year-old resided, they made reports that expressed that the little girl was polite and how the matter has driven them into shock

The deceased child was identified to be Shalom Guifarro who was said to have undergone a two hour attack from her mother on Sunday, May 15 while at home which led to her death.

Comment by It’s Official on May 26, 2022 at 10:17pm
When she gets introduced to prison population believe..a couple of women going to go in on her

Comment by vaughn mitchell on May 26, 2022 at 6:23pm
That is so damn sad. I wish she could have ran away outside, and get help. You hear neighbors say how polite that child is, women like these should never be allowed to have children, tie up her tubes, let her stay in jail until she get real old. The black community doesn't need devil's like her.

But those same types of hoes don't beat on those men when they are roughing them up, its sad how we are living in a world children are not safe even from their own evil parents. God bless heart little heart, may she sleeps well, when youre having babies with any one, you know you are not special so the baby will not be special to you, its just to get a check so you can survive because you cannot do any better, no wonder those men just keep pushing. About 90% of the female in the black community are trash, that's why they have multiple baby daddies and as black man no way you will find a wife in that community none of them are worthy.

Wow That's so sad, What ever was she going through think before you go that far