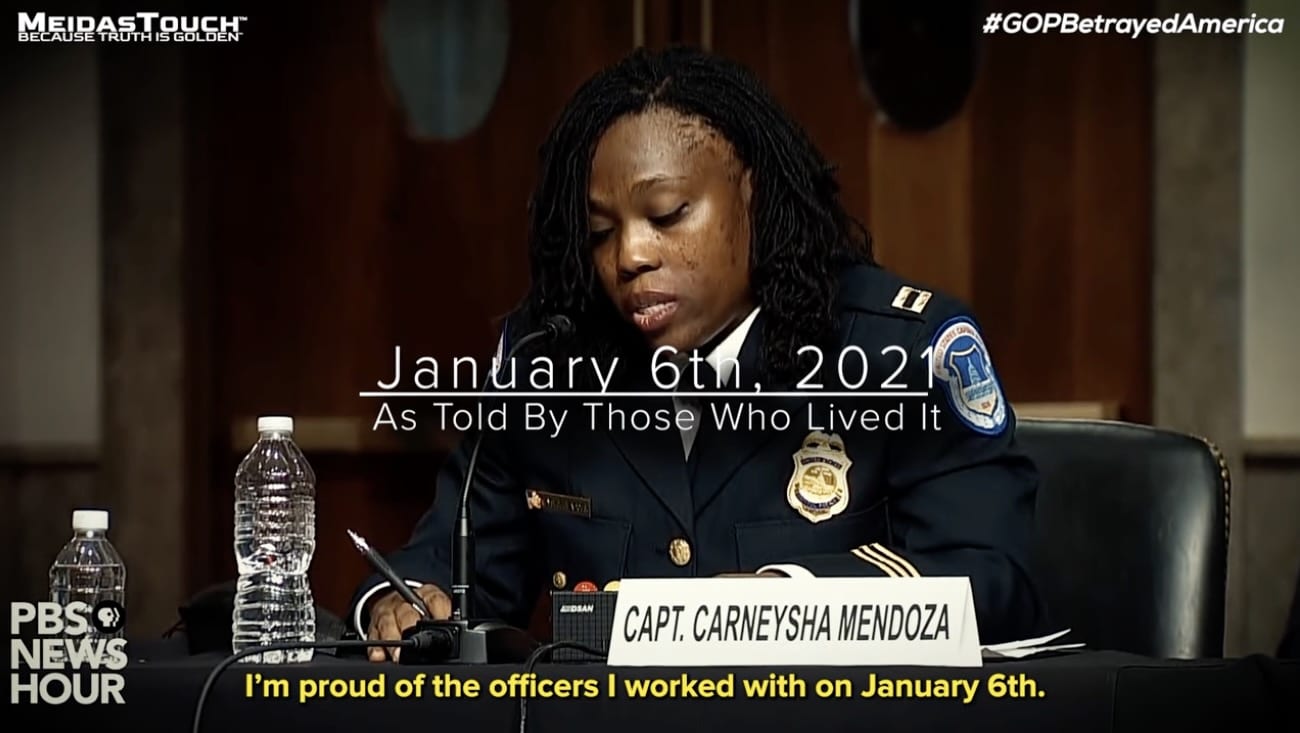 An anti-Trump PAC said it placed a $185,000 ad buy with Fox News for its minute-long Spot that shows the Capitol Police and DC’s Metropolitan Police talking to the media and testifying before Congress about the events of Jan. 6, including how they were doused with bear spray and called “traitors.”

Of course, Fox News refused to air it. But it found a new home Monday night with MSNBC’s Brian Williams, who played it during his show “The 11th Hour” … for free.

Ben Meiselas and his brothers, Brett and Jordan, co-founders of the PAC MeidasTouch, told the Los Angeles Times that they were informed Friday that Fox News wouldn’t be airing the ad, which they hoped would between June 6 and 15, including during Trump’s favorite program, “Fox & Friends.” He said the ad has since gone viral on social media.

The Meiselases, who say Fox never spurned one of their ads without suggesting edits, note they weren’t told why the ad wouldn’t run.

“The fact they want to cancel and censor the voices of law enforcement who bravely guarded the Capitol [is] the height of hypocrisy, and it’s un-American,” Brett Meiselas says.