DNA analysis and marriage and property records have suggested that Obama is the 11th great-grandchild of John Punch, who lived in colonial Virginia nearly four centuries ago. He was condemned to a life of slavery in the mid-1600s as a punishment for fleeing his job as a servant, and many historians deem him America's first black slave. He went on to have children with a white woman, who passed on her free status to them. The lineage is on the side of the president's white mother, Ann Dunham, pictured left with Obama as a child.

President Obama is descended from America's first black slave on his white mother's side, genealogists have claimed.

DNA analysis and marriage and property records have suggested that Obama is the 11th great-grandchild of John Punch, the first black slave living in colonial Virginia nearly four centuries ago.

While it was known that Obama's mother, Stanley Ann Dunham, had European ancestors, researchers discovered she also had at least this one African American forebear.

The discovery sheds further light on the American biography of Obama, who last year released his birth certificate to prove he was born in the country and not Kenya, from where his black father hails. Discovery: Ancestry.com has found Obama is descended from America's first black slave on the side of his mother, Ann Dunham, pictured with Obama as a child. He is the slave's 11th great grandson

The team from Ancestry.com said they lacked definitive proof, but that evidence 'strongly suggests' the tie, which two independent genealogists told the New York Times was 'sound'.

John Punch's story stretches back to the mid-1600s; he was working as a servant when he escaped Virginia for Maryland in 1640, the Times reported.

Once there, he was captured and put on trial with two white servants who had also escaped, but he received the severest punishment and was condemned to servitude for life.

The sentence, which came years before Virginia set laws condoning slavery, has led historians to regard him as America's first legally sanctioned slave. Family tree: The chart shows the line from Punch to Obama. The name changed to 'Bunch' after Punch had children with a white woman, who passed on her free status to them and changed their name

University of Maryland professor Ira Berlin said that historians are unable to pinpoint an exact date the slave trade began, but servants were bought and sold in the region from 1617.

Without the specific date, historians deem Punch to be one of the first certain slaves, he added.

Over two years, Ancestry.com used marriage and property records to trace Obama's mother's ancestors back to the time and place where Punch lived.

Records also showed he fathered children with a white woman, who passed on her free status to them and gave them a slightly different name - Bunch. This name is in Dunham's family tree.

As the Bunches married, they became prominent landowners in Virginia and were known as white, according to Ancestry.com.

The team traced two Bunch family branches - one that stayed in Virginia and one that moved to the Carolinas. In Virginia, they were known as white, in North Carolina they were recorded as 'mulatto'. Home: A map of early Virginia drawn between 1677 and 1793 shows where the first Bunches owned land 'Proof': Left, a land grant for John Bunch I in 1662 shows he was at least 21, making him the right age to be father of John Punch II. Right, a 1827 transcript of 1640 John Punch court record enslaving him for life

Descendants of this mulatto family - another term for mixed race - are the president's cousins, records show.

'We sort of stumbled across it,' lead researcher Anastasia Harman told the New York Times. 'We were just doing general research into the president’s family tree, and as we started digging back in time, we realised that the Bunch family were African-American.'

Despite the discovery, investigators can't be 100 per cent sure of the connection as many records have been destroyed.

But the similarities of the surnames, DNA evidence showing today's Bunches have sub-Saharan African heritage and the fact that only a few Africans lived in Virginia in the 1600s confirmed the connection. Descendants: Obama is pictured with his mother, her father Stanley Dunham and his half-sister Maya Soetoro in the early 1970s Family: Obama is pictured with his step-father Lolo Soetoro, his half sister and his mother in the 1960s Future president: Obama is pictured in the 1960s with his father, Barack Obama Sr, who was from Kenya

'The odds, based on what does actually survive, strongly suggest that President Barack Obama is a descendant (he would be the 11th great-grandson) of the first enslaved African in America,' Harman and her team wrote in their research paper.

Two independent genealogists agreed that the research was 'sound' and 'safe', adding that the difference of the 'P' and 'B' of Punch and Bunch were 'meaningless'.

Bunch descendants also provided a DNA swab to help with the project, and researchers found the DNA profile was common in Cameroon.

'I consider myself Caucasian, but I find that my mixed-race roots go way back,' Mark Bunch, who lives in Othello, Washington, told the Times.

While the mixed-race heritage of a woman deemed Caucasian may seem odd, the Times added that more and more Americans are discovering they too have ancestors from a different race. Before the slave trade: Obama's ancestor John Punch was condemned to a life of slavery in 1640 for escaping a home where he worked as a servant. The sentence made him America's first slave (file picture)

'It is becoming increasingly common now because people are discovering it,' said Elizabeth Shown Mills, a former president of the American Society of Genealogists, adding the internet has helped.

'In the past, very few records were available. Very few people made the effort to do the research.'

President Obama, 50, was born in Hawaii in 1961 soon after his father, from Kenya, and mother split.

Last year, he released his long form birth certificate to silence the 'birther' row and prove he was born in Hawaii and not Kenya, making him eligible to be the U.S. president.

His father, Barack Obama Sr., went to Harvard University after his birth then returned to Kenya where he remarried before he passed away in 1982. The president's mother, Ann Dunham, died in 1995. 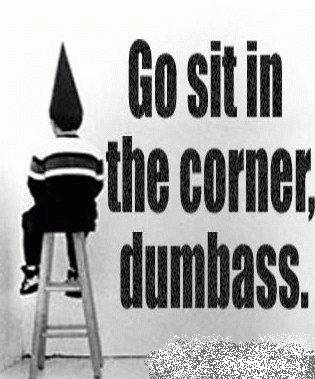 I AM NOT A HATER.

THIS OBAMA DOES NOT HOLD MY POLITICAL INTEREST.

I NEVER PUT HIM IN POWER.

HE IS NOT MY PUPPET, I MEAN PRESIDENTIAL CANDIDATE.

I HOPE MY VIEWPOINT IS OVERSTOOD AND RESPECTED.

You mainstream news watchers kill me!!! So freakin brainwashed Evo, Your the Idiot  in this group, and if you would do 30 minutes of research you'd see that  your precious Obama is NOT in control of any of this fiasco going down around us. He was put there to keep you STUPID & UNSUSPECTING for another 8 years while their plans are put forth. None of us want Romney in, In fact it's already written that Obama will do a second term. But the problem is they both are frauds & both are want the same s***. ONE WORLD GOVERNMENT. Run by Big Corporations. I'm gonna laugh my ass off when it comes knocking at your door.

@IslandEmpress you said it best, keep these idiots informed on what’s really going on and turn off the Obama hate machine.

Comment by IslandEmpress on July 31, 2012 at 8:22pm
Why is it everyone on Obama back. To the haters you may not like his policies but he is doing a really good job at keeping this country afloat. For all the mess that we were put in by Bush it is not an easy task. And if we let a republican take over you could just tell your freedom good bye, we would be up sh*t creek in mess. The same ppl tht want Obama out are the same ones waiting in the shadows to make our middle class an poor lives a living hell. Don't hate the policies, hate the person(Bush) who brought us to our noses in debt. The policies are implemented to put us back on track. Romney made more than Obama last year, he handed his million dollar business over to his wife to evade public dislike for his campaign. America needs to wake up and smell the awful stench because Mitt Romney is waiting to show us that living and breathing is a privilege and not a right. Mark my words....

Another question:  Why look up Obama's ancestry?  Are the Republicans still trying to prove he is not American?