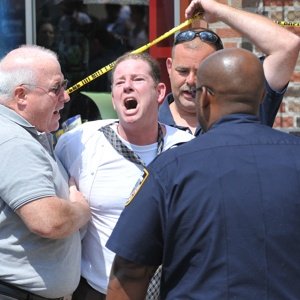 
The robbers walked into Arrow Wine & Liquor on Ave. N in Flatlands at 1:30 p.m. and after holding up the store, took two hostages, according to witnesses. One of the hostages was believed to be the owner. The hostages were eventually freed unharmed.

As Reported By NBC News:

Police are on the scene of an apparent hostage situation at a liquor store in the Flatlands section of Brooklyn.

The first officers on scene reported hearing a gunshot, then retreated and called for emergency service units to respond.

Hostage negotiators and other heavily armed officers were also asked to respond.

It's not known if there are any injuries.