BREAKING NEWS: BUJU BANTON IS OUT ON BAIL / BUJU, can now spend Christmas with family after prosecution appeal rejected by JUDGE / Buju Banton's retrial in Florida has been pushed back to February / B

THE judge in the Buju Banton case has rejected the prosecution's appeal against a previous ruling that approved Banton's hiring of two security companies to ensure he stick to the conditions of his house arrest.

Banton has therefore been cleared to take up his bail bond.

He will stand trial again in February, after his legal team requested a change of date out of a desire for the artiste to spend time with his family this Christmas.

Banton was originally set for retrial in December, after a mistrial was declared in September when jurors failed to reach a unanimous verdict.

"Buju really wants to spend some time with his family before the next trial," lead attorney Oscar David Markus told the Observer. "Hopefully this will give him a little breather before round two."

The motion was granted by United States District Judge James Moody. A specific date for the retrial was not set. After clearing this hurdle, Banton will have to seek bond in the immigration court in order to be released, as his entertainment visa was revoked following his arrest.

Banton, whose real name is Mark Myrie, is accused of conspiring to buy five kilogrammes of cocaine from an undercover officer in Sarasota, Florida. He was arrested last December after the arrest of two other men, Ian Thomas and James Mack, who later pleaded guilty. They will be sentenced this month.

The artiste was charged along with the men for possession of a firearm during the furtherance of a crime. The gun was actually in Mack's possession.

Banton was granted US$250,000 bail last month but wrangling between his legal team and the prosecution is preventing him from taking up the bail, which would see him being placed under immediate house arrest.

As part of the conditions, Banton can only leave home to purchase medication, attend court and see his attorney. Banton will also have to wear an electronic tracking device.

Jamaican reggae singer Buju Banton's retrial in Florida has been pushed back to February.

United States District Judge James Moody had said Buju's new trial would be in December, but he granted a defence motion to postpone it.

Moody set the case for his February trial calendar, but did not set a specific date.

Buju, whose real name is Mark Myrie, is accused of conspiring to buy cocaine from an undercover officer in Sarasota. He has been held without bail since his arrest in December. He is now trying to get released from jail pending the retrial.

Buju's attorney says his client wants to spend the holiday season with his family.

Moody declared a mistrial for Buju last month after jurors said they could not reach a verdict. 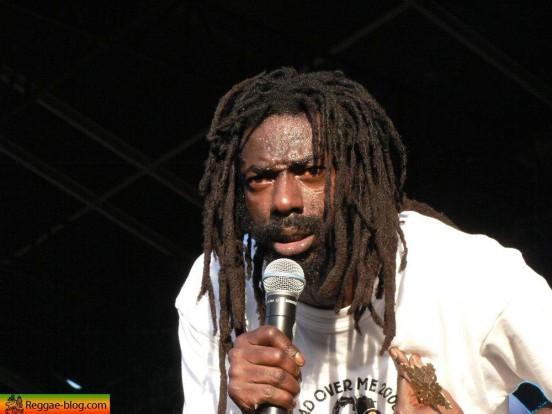 United States judge Anthony Porcelli has revealed that Jamaican reggae star Buju Banton might not make bail before his December trial, as a result of prosecutors being given more time to appeal the judgment of the court and the need for the entertainer to appear in front of an immigration judge.

Prosecutors have five days to appeal the judgment of the court, which has said Stephen Marley, son of reggae legend Bob Marley, should be allowed to put his house up as bond for Buju, whose given name is Mark Myrie.

The court ruled yesterday that Marley, who was attempting to replace Buju's friend, Joseph Chavalier, as co-signer to the bond should be accepted.

It became necessary for Marley to replace Chavalier after it came to light that the value of the latter's home could not cover the US$250,000 bond.

Marley and his wife, Kertia DeCosta Marley, have US$350,000 equity in their home.

A security company must also put up a separate US$25,000 bond, to keep Buju on house arrest at his home in Tamarac, South Florida, fit him with a GPS monitor and install new locks and an alarm system at his house. Buju is not to be provided with the keys or the alarm code.

The 37-year-old entertainer has been incarcerated since December 10 when he was arrested by federal agents at his Tamarac home. He and two men, Ian Thomas and James Mack, were charged with conspiracy to possess with intent to distribute more than five kilograms of cocaine.

Buju pleaded not guilty but Thomas and Mack pleaded guilty and are expected to be sentenced in November. They face life imprisonment.

Judge Jim Moodie declared a mistrial in Buju's September trial when a 12-member jury failed to return a unanimous verdict after three days of deliberations.

The new trial was set for December on a date to be announced.

UNITED STATES Magistrate Anthony Porcelli today approved a security company that Jamaican Reggae star Buju Banton has contracted to provide security while he is on bail, despite the objections of the prosecution.

Porcelli also approved a Miami property that was put up as collateral for Banton's bond by Stephen Marley, son of Reggae king Bob Marley.

Attorney Marc Seitles, who handled the hearing on Banton's behalf, was delighted at the outcome.

“We achieved a bond today and we are happy that Judge Porcelli reaffirmed that Buju is entitled to be released on bond,” Seitles told the Observer.

However the artiste's bid for freedom has hit yet another snag as prosecutor James Preston signaled his intention to appeal the ruling. The prosecution has five days within which to file its appeal.

Banton's lead attorney David Markus was livid at the repeated attempts by Preston to keep his client behind bars, describing the prosecutor's attitude as "disheartening".

Banton, whose real name is Mark Anthony Myrie, will be required to wear a tracking device and pay for the security detail which will be watching him 24 hours a day pending the outcome of his retrial in December.

He will also be placed under house arrest and can only leave his Tamarac, South Florida home to purchase medication, see his attorney or attend court.

If Banton successfully beats back the appeal, he will have to seek another bond in the immigration court as his entertainment visa was revoked upon his arrest last December.

Banton is facing a charge of conspiracy to possess with the intent to distribute five or more kilogrammes of cocaine. His two co-defendants Ian Thomas and James Mack have both pleaded guilty and will be sentenced in November.

Both were collared by Drug Enforcement Agents after attempting to buy drugs from undercover agents in a police controlled warehouse in Sarasota, Florida.

Banton has maintained his innocence and has rejected a plea bargain deal, offered to him by prosecutors. He claims he was entrapped by government informant Alexander Johnson.

The artiste's trial in September ended with a hung jury.

Stephen Marley has proven that he is truly a friend in deed.

The son of Reggae king Bob Marley has put up his Miami Dade house for bond in an effort to secure his friend Buju Banton's release from the Pinellas County Jail.

Two weeks ago Banton was offered bail with stringent conditions by United States Magistrate, Anthony Porcelli as he awaits a second trial for conspiracy to possess with intent to distribute five or more kilogrammes of cocaine.

One of the conditions stipulated that Banton had to secure a US$250,000 bond which was co-signed by his friend Joseph Chavalier, who had put up his St Petersburg home as security for the bond.

However, an appraisal of Chavalier's property revealed that its value was less than the US$250,000.

Stephen Marley then stepped up to fill the breach and has offered his house as security.

"Mr Myrie hereby notifies the Court that Stephen Marley, well-known entertainer and son of Bob Marley, and his wife Kertia DeCosta Marley, are willing to substitute as the signator for the bond in lieu of Mr Chavalier. His property is located in Miami-Dade county and has an approximate equity of $350,000. As evidence, Mr Myrie will provide the Court with a recent appraisal of the residence, a title search, a copy of deed and mortgages, outstanding mortgage balances, and affidavits from Mr Marley and his wife," court documents filed by Markus stated.

Banton, whose real name is Mark Myrie, is set to return to the US Gibbons Court today to show that he has met the bail requirements.

Myrie has contacted two private security companies willing to provide the service but they have been rejected by lead prosecutor James Preston who contends that the detail must include off-duty police officers.

But Markus contends that hiring off-duty cops is too expensive and is an additional burden to his client.

A representative of the security companies, the Florida Agency Of Investigations Inc based in Key Largo, Florida, will be present at the hearing today.

The other company is Guardian Professional Security, which is located in Hollywood, Florida.

If Banton secures bail his attorney will immediately seek a bond in the Immigration Court as his entertainment visa was revoked upon his arrest.

He will also have to sign an extradition waiver.

Comment by Sandra bka natty dreadz on October 27, 2010 at 5:13pm
Niceeeee!!!!!! This is a display of rasta & brotherly love. Much raspect to Stephen. Jah Bless

Comment by Nat'ral Xpression on October 27, 2010 at 5:06pm
HONORABLE & ADMIRABLE is how I rate that move. That's some serious brotherly love Marley give Buju, made me feel warm & tingly inside.

Comment by FRIENDS OF THE FREEDOM PARTY on October 27, 2010 at 5:06pm
FRIENDS (BOOM BAP BOOM BOOM BOOM BAP) HOW MANY OF US HAVE THEM..... Thats how you do it as many lives Buju has touched with his music there should be a line of people fighting for the honor to help this black man!
DONT FORGET TO VOTE CHARLES BARRON FOR GOVERNOR AND GET YOUR FRIENDS AND FAMILY IN NYS TO DO THE SAME. FREEDOM PARTY- BLACK AND LATINO LED,UNBOUGHT,UNCOMPROMISING,UNAFRAID 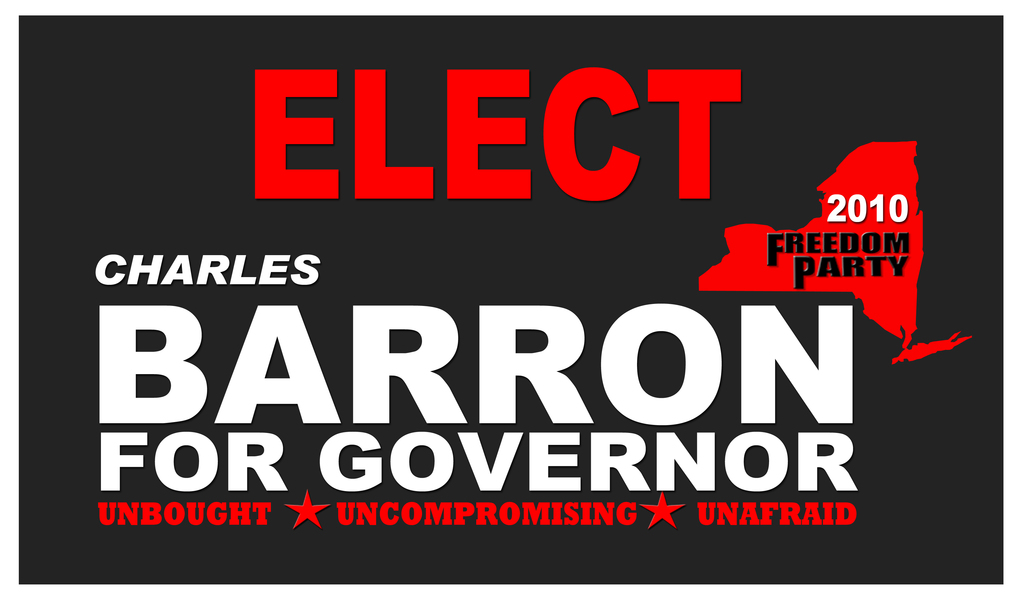 Comment by man from ochi on October 27, 2010 at 5:05pm
To my Jamaican Family,look and learn,Stephen you did the right thing to help out a Brother in need,I just hope it will be an example to all of us in the Jamaican community. Jah bless you and your Family

Comment by omar nanton on October 27, 2010 at 4:57pm
i blogged on facebook earlier this week about REAL FRIENDS, FRIEND ENEMY AND FRIEND...damian u have truly proven who a REAL FRIEND is to a fellow brother in need..... GOD bless

Comment by mr fix on October 27, 2010 at 4:52pm
THIS IS THE WAY WE SUPPOSE TO LIVE WITH EACH OTHER ITS A START MORE MUST FOLLOW IF WE TO BE FREE UNITY IS THE BEGINNING OF POWER BLESSING TO ALL