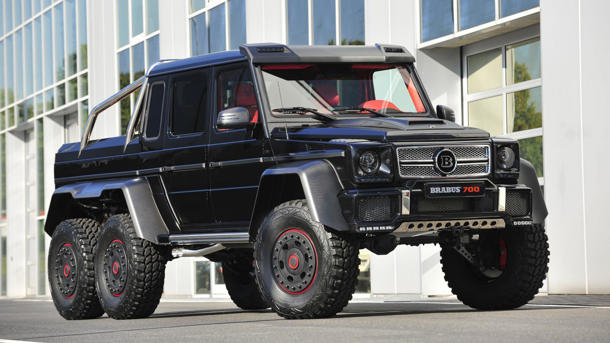 The Mercedes G63 AMG ranks as a car for the clinically insane; while massively powerful, turning corners is like riding a wild bull on bath salts. Add six wheels and you have the G63 AMG 6x6, presumably designed for the suicidal. So what happens when you tune that deathtrap into a 700-hp monster capable of eating children? It has to be electronically limited to 100 mph, of course. German independent tuning shop Brabus is no stranger to whipping speedy Mercedes into animalistic missiles, but tweaking a six-wheeler? Well, that's a new venture. Weighing around four tons, the Brabus B63S 700 6x6 as it's known, needs all the propulsion it can muster; 0-62 mph, despite its barbaric 5.5-liter V-8, takes just over seven seconds. While Mercedes' 6x6 boasts 544-hp and 561 lb.-ft. of torque, the Brabus thumps 700 ponies and a whopping 708 lb.-ft. of torque, thanks to a pair of new turbochargers. The preordained 100 mph limit arrives because of instability due to its 37-inch tires. How mad must this car be? While the Brabus was revealed today in Frankfurt, pricing for said beast was not. But given Mercedes "tame" version costs close to $500,000, expect sticker shock to take a whole new meaning. Whatever the price, it sounds like an expensive way to croak. 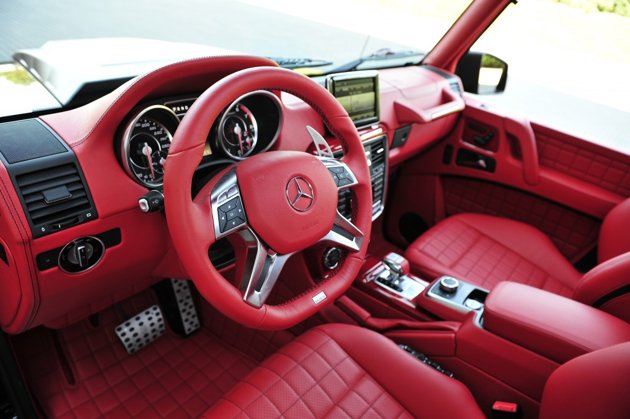 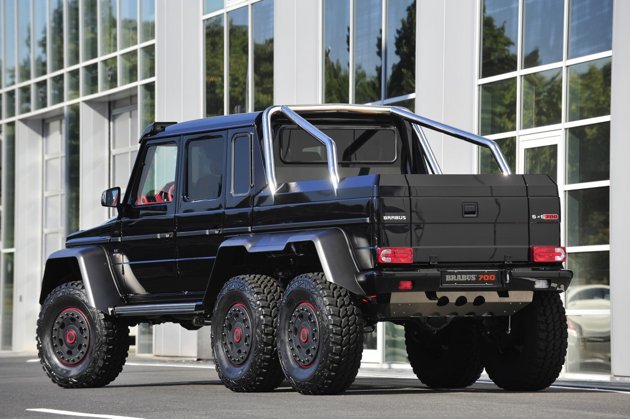 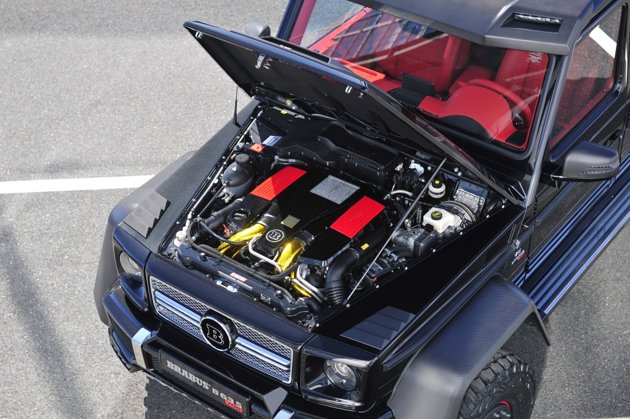