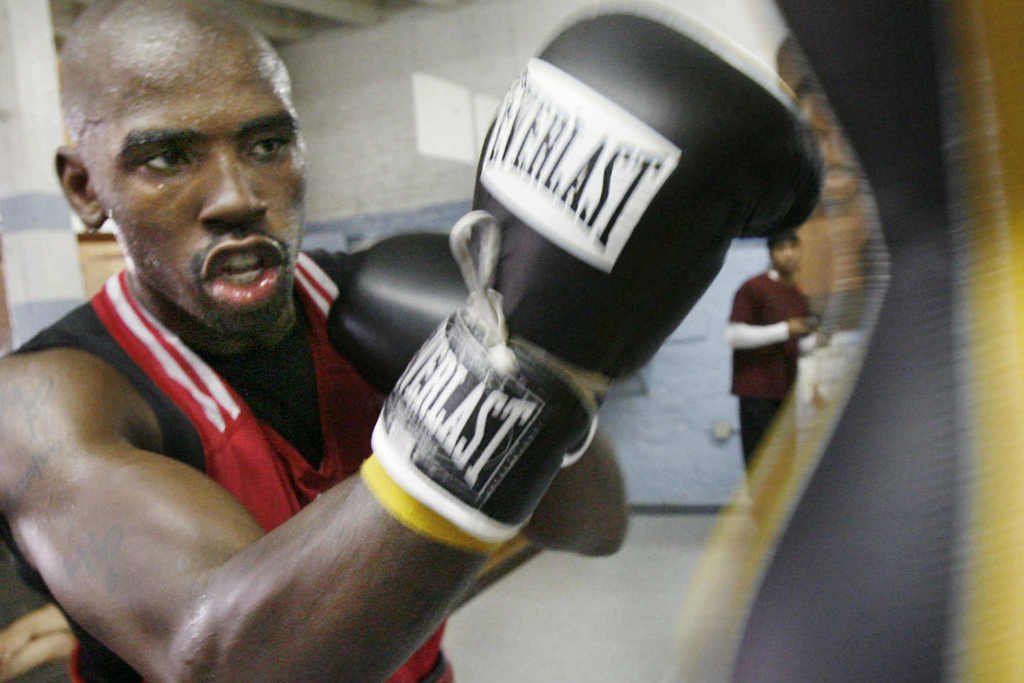 WEST PHILLY'S Yusaf Mack is known for his boxing.

But it's his sexual prowess that has people buzzing.

"My whole life, I've been what they call a whoremonger. I love females," Mack, 35, told me last week. "The only time I touch a man is when I'm in the ring fighting."

He says there's a logical explanation for what happened: Mack is convinced that he was drugged.

He doesn't know with what or even by whom. All he knows is that he swallowed a pill that someone gave him and washed it down with vodka. After that, his mind is a blank.

It's a crazy story.

But bizarre things can happen when you mix drugs, alcohol and illicit sex. I did some poking around online yesterday and someone pointed me in the direction of GHB (gamma-Hydroxybutyrate), a/k/a Liquid Ecstasy or Georgia Home Boy, a colorless and tasteless so-called party drug that has been known to lower users' inhibitions and also leave them with severe memory loss.

Could someone have slipped it or something similar into Mack's drink? I asked an expert if it was at all possible for him to do something out of character sexually and then forget it.

"Absolutely," said Trinka Porrata of Arizona's ProjectGHB.org, which runs a GHB help line and also helps educate people about the drug. "It's entirely possible because [GHB is] a sexual stimulant and some people take it voluntarily to enhance the sexual experience. . . . It's entirely possible to perform and yet not recall.

"We have videos of our female victims where they appear to be participating and have no recall of it. It works the same way for men or women," she added. "The problem is . . . you can't prove memory loss. You can't prove amnesia."

Sometime in June - he can't recall exactly when - Mack boarded a train to New York City and made his way to an address in the Bronx. Once inside the apartment where the filming was to take place, he noticed a number of naked women walking around.

"I think, 'It's about to go down.' I needed a drink or something," Mack told me over the phone. "They gave me a pill and a shot of vodka. I took the pill down with the vodka."

The next thing he can recall is being on a train at 30th Street Station and someone telling him to wake up.

"I don't remember getting on the train," he told me.

But Mack did later notice that he had $4,500 tucked inside his pocket.

He pretty much forgot about the encounter until Oct. 16, when he was on his way to his grandmother's Gold Coast Lounge, at 40th Street and Lancaster Avenue, and noticed people behaving strangely toward him.

"I'm wondering why everybody is walking past me and not speaking to me," Mack told me.

One of his friends pulled him aside and told him about the video snippet, in which Mack's doing all kinds of things that I'm not at liberty to describe in the newspaper. Mack denied that it was him.

"I don't know what y'all are talking about," he told people. "That ain't me.

"I don't remember that."

Repeated emails and tweets to DawgpoundUSA.com, which you have to join to see the entire video, were not answered.

Mack grew up in the Mill Creek Apartments, a now-demolished housing project in West Philly. He got started boxing when he was just 7 years old. He attended University City High School and later got his general equivalency diploma through Job Corps.

Attorney George Bochetto, of Bochetto & Lynch, served as state boxing commissioner from 1995 to 2002 and is familiar with Mack from his days in the ring, when he was making a name for himself by winning championships.

"He was a very talented fighter who fought for a world title on a couple of occasions," Bochetto told me yesterday. "He made pretty good money. Never made huge money. . . . In the latter portion of his career when he was internationally ranked, he got a couple of title shots. I think they were under $100,000, the purses that he got."

Mack retired in 2014 after losing a six-round bout against Cory Cummings of Newark, N.J., according to thaboxingvoice.com.

Since then, he's tried to forge ahead with his life. He told me his goal is to be "a better father to my kids." His children range in age from 3 to 21. Some of them have had questions about the video.

"I'm just hurt right now," he told me. "I can't really sleep at night, but I'm getting by. . . . Everybody thinks I'm going to hurt myself. I've got to stay strong for my children."

He told me he was unconcerned about what people are saying about him on social media or elsewhere.

"All my real friends who really know me, know I like females," Mack added. "I'm still me. You've got to realize that the ones that are not really talking to me are the ones that probably have skeletons in their closets."

Echo Hawk, who manages another boxer's career, said Mack should seize this moment in the spotlight.

"I think he should take advantage of the situation at hand . . . love him or hate him, people are gonna pay to see him so he will get the last laugh," she wrote on Facebook. "I am a Yusaf Mack fan and I will continue to support his career! We all fall as humans, and sometimes as professionals - I'd hope for the same mercy should I ever fall from what the world sees as 'grace

Comment by Colin on October 29, 2015 at 5:23pm
Instead of a straight right it was straight Pipe