Bounty Killer In Custody For Beating A Woman AGAIN! with Hammer! 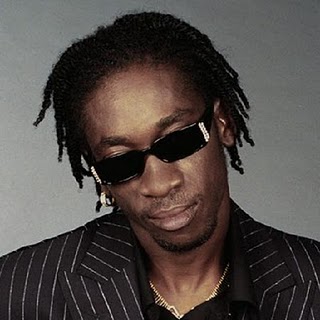 Almost five months to the day of his highly-publicized visit to church after being finally granted bail on an assault charge, Bounty Killer is this Sunday morning again behind bars for the same charge – beating up a woman. This time with a hammer.

Reports are that yesterday, the light-handed deejay — whose passion for beating up women is legendary – got into an altercation with a woman at his house in Oaklands Apartments and physically abused her.

After the incident, the woman, whose name is being withheld, visited the Constant Spring Police Station, a few minutes away from the apartment complex and made a report that Rodney ‘Bounty Killer’ Pryce beat her with a hammer.

The police say that Pryce was arrested and charged with wounding, and was not given bail, possibly because it was a weekend. Bounty will face the courts early this week.

In April, Bounty spent two weeks in jail when he was repeatedly denied bail on another assault charge. He was warned by the Resident Magistrate that he should not appear before her on yet another charge of beating up a woman.

His then girlfriend, Kadeem Baker, dropped the charges and Killer was set free.

Comment by Mareta Hoyte on September 21, 2010 at 5:17pm
Any man who beats a woman is a coward, a woman is made to be loved and respected, she is not his child he should be locked up and throw away the key. WOMAN BEATER>>>>COWARD

Comment by hyman idiot on September 21, 2010 at 12:18am
yuh right to blood claat, im must a f*** di so call warlord datz y im a tek di woman beater side all batty bwai an woman beater fi get gun shot

Comment by Kim Wilson on September 20, 2010 at 11:40pm
This is where upbringing, home training and mentoring can help if a father isn't present in a boy's life. Alondo must be brought up different from us....but I ain't speaking up for his ass!

As i said previously with significant tone, LET sum moth**-f***** put his hands on EITHER of my daughters...they'll be some smoke in the city and somebody to pity!

Comment by hyman idiot on September 20, 2010 at 10:10pm
if yuh notice most a him comments pon him page,im keep calling all woman di B word,mi just a look pon him pitcha bumbo claat batty bwai keep you fuckery talk to u-self.

Comment by Marlon brown on September 20, 2010 at 9:33pm
@ Alando I cant believe he said that. Anyway Alando is a Batty Boy , did you all noticed his Pic , is a big gray tone man him HUGGING.

Comment by BabyGirlBubble**JamaicanPrincess on September 20, 2010 at 5:03pm
woman beater...