Bounty Killer Backs Out Of Sting 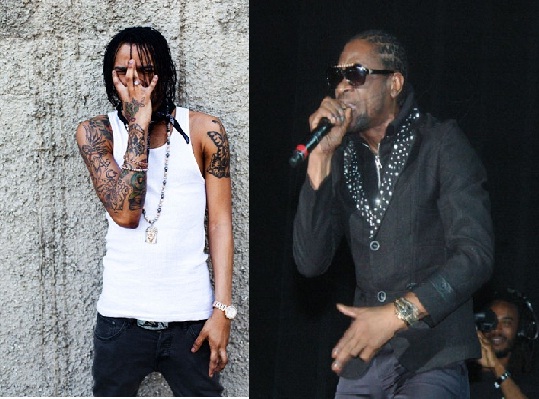 Any hope that Dancehall superstar, Bounty Killer will perform at STING 2012 seems all but dashed after the ‘War Lord’ confirmed his intention to skip the popular stage show.

The Alliance leader, who initially was on the STING lineup, declared that he would not perform at STING following 'disrespectful' comments made by the show’s lead promoter, Isaiah Laing in an interview, implying that ‘Gaza’ deejay and current rival, Tommy Lee Sparta had a good chance of defeating him in a clash.

Though speculation within Dancehall circles was rife that Bounty Killer was bluffing, the ‘Grung Gaad’ confirmed during a radio interview on Wednesday that he was serious. The iconic entertainer stated that his STING deposit was returned a week and half ago and the contract originally signed to do the show is now null and void.
"I've said it previously that I'm not gonna do STING because of certain insults that was thrown at me. To this day, nothing has been reconciled," he said.

This now puts to rest any possibility of a headline clash between Bounty Killer and Tommy Lee after weeks of building up. The two deejays have been at odds ever since comments Bounty made via Twitter in which he questioned artistes who made demonic references in their songs. This later led Tommy Lee to record a scathing diss aimed in Bounty direction, called Goat Head, triggering a series of disses between the two.
Bounty Killer said that he's not interested in a clash with Tommy Lee because he's 'bigger than that.'
"I'm not interested anymore, I'm not interested in clashing with no little insect artiste," he said. "That's where them trying to take it and I'm bigger than that."

The official launch of STING 2012 took place last night in Kingston, unveiling the official poster for the show. This year’s show will be held on December 26 (Boxing Day) at Jamworld in Portmore, St. Catherine and will feature high-profile acts such as Mavado, Popcaan, Aidonia, Sizzla, Khago, Ninja Man and Kiprich, amongst many others.
Though he is passingo n this year's show, Bounty Killer has not ruled out hte possibility of doing STING in the future.
"I'm not gonna say I won't ever do it again, it's a concert that I like to express my 'gladiatorism, ' but, at this moment, unfortunately, the promoters messed it up."

Comment by Shottah Alliance on December 3, 2012 at 1:40am
AND IN REFERENCE TO KARTEL NOT BEATING WOMEN THATS NOT EXACTLY TRUTH MAYBE THERE ARE NO REPORTED CASES. AND DO YOU AGREE WITH ME THAT THE " Upholder worse than the thief" IN THIS CASE:"AKA GAZA KIM" LEMME REFRESH YOUR MEMORY :

Comment by Shottah Alliance on December 3, 2012 at 1:39am
AND IN REFERENCE TO KARTEL NOT BEATING WOMEN THATS NOT EXACTLY TRUTH MAYBE THERE ARE NOT REPORT. AND DO YOU AGREE WITH ME THAT THE " Upholder worse than the thief" IN THIS CASE:"AKA GAZA KIM" LEMME REFRESH YOUR MEMORY :

Comment by Shottah Alliance on December 3, 2012 at 1:26am
is it jailed or arrested? @5linx Business, and what was the court rulings in each case of the accusations of beating? And how many of the so called victims went back to having a relationship with the accused? And dont you think most of these cases was because the victims were upset or mad at the time, an due to the first reported offense an he is an icon dont you think most of these females purposely provokes him for the hype and the attention. Remember there is no "Hell has no wrath like a woman scorned" jus saying "not picking up for the GENERAL, AND DEFINITELY NOT CONDONING WOMAN BEATING, BUT WE ALL GOTTA REMEMBER THAT "EVERY ACTION BRINGS A REACTION"

Comment by 5Linx Business on December 2, 2012 at 1:33pm
Shottah Alliance nuff respect but I have never put my hands on a woman in anger. As the Gaza General say A just love we give gal. Bounty has been to jail more than once for beating women. He is a serial woman beater. Any man that beats or rape women can never get any ratings from me.

Comment by Shottah Alliance on December 2, 2012 at 1:07pm
5linx Business u have a right to your own opinion, and I agree with you interms of "Yellowman, Shabba, Buju Banton, Ninjaman & Supercat set it." AND THATS THE MOST SENSIBLE THING YOU SAID UNDER THIS POST. NOW LEMME ASK YOU NOW THAT OUT THE NAME BOUNTY KILLER FROM DANCEHALL FOR THE LAST DECADE OR SO AN SEE WAT U WILL GET ? FROM 93' PLUS BOUNTY KILLER HAS BEEN RUNNING THIS, WID SOME LIL SIDE ARTIST GETTIN A LIL 5 MINS OF FAME ALONE THE WAY. WITH OUT RODNEY I DONT THINK KARTEL WOULDA EVER BUSS SO THERE WOULDNT BE NO GAZA FOR U TO SAY. ALSO FOR THE LAST DECADE THE ONLY CONSISTENT STING HEADLINER HAS BEEN BOUNTY. ON THE TOPIC OF WOMAN BEATER THATS PLAY OUT NOW YUTE, CAUSE WE ALL NOW SOMETIMES WOMAN DO HARASS WE MAN TO THAT POINT WHERE WE MIGHT REACT SOMETIMES JUS FOR THEM TO GET THERE WAY (SO DONT THROW STONES IF YOU LIVE IN A GLASS HOUSE), WHO KNOWS HOW MANY WOMEN YOU "BEAT/HIT BEFORE, JUS THAT YOU ARE NOT FAMOUS THAT WHY WE DONT KNOW. MY QUESTION TO YOU IS "IF YOU HIT A WOMAN DOES THAT MEAN YOU BEAT HER? LOL

Comment by 5Linx Business on December 2, 2012 at 1:20am
Yellowman, Shabba, Buju Banton, Ninjaman & Supercat set it. Bounty is a woman beater. A badmind him badmind Tommy Lee. GAZA TO THE BLOODCLOTH WORLD!!

Comment by guru zula on December 2, 2012 at 12:37am
Ungrateful..generation of vipers,,pestilences. the dinosaurs set it.never diss the Elders..burn all demons highly I Selah

Comment by 5Linx Business on December 2, 2012 at 12:16am
Nobody will miss the old Dinosaur. GAZA SPARTA RUN TINGS!! BIG UP TOMMY LEE!! FREE WORL BOSS!!