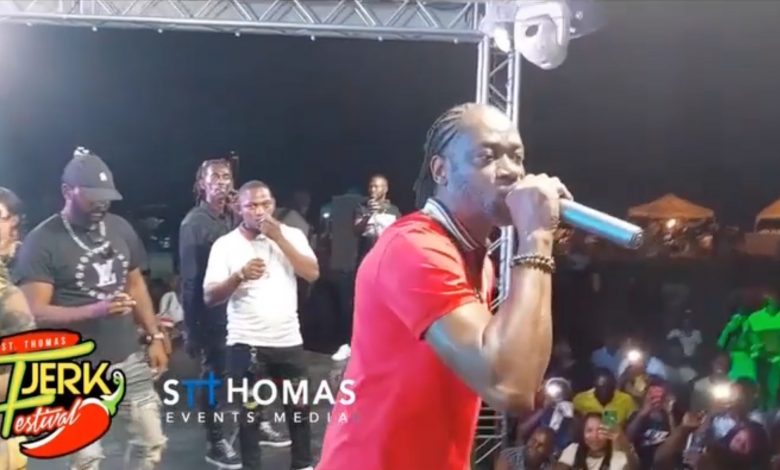 In a recent post on his Instagram, Bounty Killer called out members of Jamaica’s police force for what he considered the premature ending of the St. Thomas Jerk Festival on Sunday, which resulted in the artiste getting into a physical altercation with an officer.

According to Bounty Killer, the community development event was prematurely shut down at 12:25 a.m. by the police, and he noted the large contrast between the shutdown time of the small event and the recently held Reggae Sumfest that went up to 8:30 a.m. Bounty was slated to perform at the festival but due to its sudden end, he was unable to.

While acknowledging the “genuine” policemen and women of St. Thomas, Bounty Killer called out the police officer he dubbed the “lunatic” who shut down the show as being a part of the problem with the police force.

Along with the message, Bounty also posted a short video of him addressing fans as well as the officers that were in the crowd. The outspoken artiste told the officers not to fight against citizens but to defend and support them. 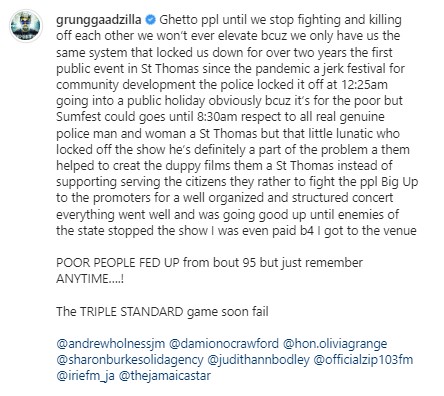 Crossing the stage to face the officers, Bounty told them to stop acting like they wanted to be the enemy. After ending his short speech with a curse hurled at the police, Bounty descended the stage but one of the officers attempted to confront the artiste. The officer grabbed Bounty by the shirt but was prevented from doing anything further by a man who was standing between the two.

After the officer appeared to reach for his firearm, Bounty Killer and the unidentified man left the venue.

Watch the incident between Bounty Killer and the police below.