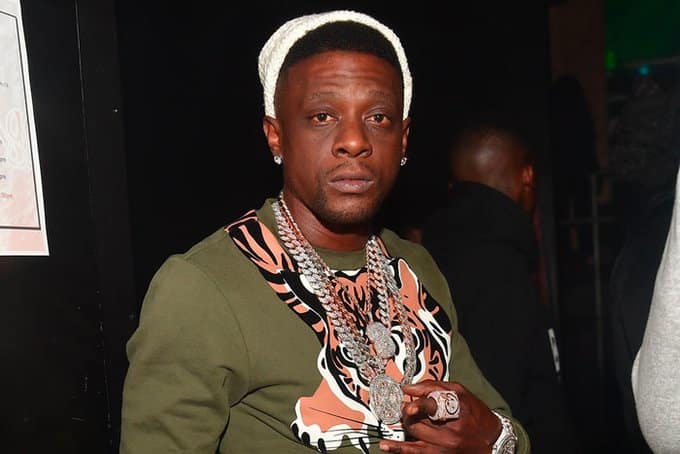 Boosie is living up to his “badazz” nickname! The seasoned rapper was handcuffed in Georgia Wednesday morning with a 19-year-old man named De’Shun Lawrence … when they got pulled over for heavy window tint and concealed tags

According to TMZ, “Cops claim they smelled marijuana, so they searched the vehicle and found a large bag of cash and a bag of weed.”

Boosie was so mad to have been handcuffed that he threatened to spit on any nurses at the jail. And if you know Boosie, spit is always building up around his mouth so he was very serious!

Lawrence claimed ownership of the weed, he was cited, and then he and Boosie were released. Boosie says he had 35 women waiting at the house for him to perform sexual acts. As for his spit, it remained in the corners of his mouth.

Then they would have cracked Boso the clown up side his head and then put a spit shield on his head as he screams in pain, modern day slave mentality.