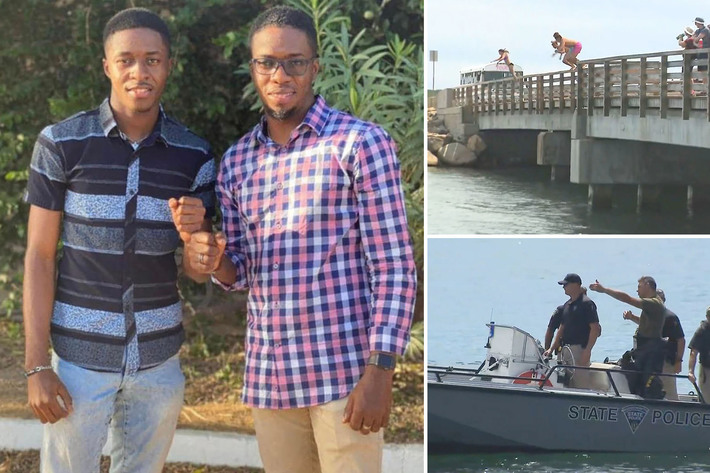 On Sunday, two young brothers jumped off a bridge on Martha’s Vineyard that was featured in the movie “Jaws.” Both went missing until the body of one of the siblings was found early Monday.
Brothers Tavaris Bulgin, 26, and Tavaughn Bulgin, 21, went missing Sunday night after leaping off the Massachusetts bridge, according to NBC Boston and The Vineyard Gazette. Cape and Islands District Attorney Michael O’Keefe said Tavaris’ body was recovered Monday morning, while Tavaughn remains missing.

Hear more from the family via the video report above.

Why they do that?  Don't jump off a bridge jump into free psn codes instead boys