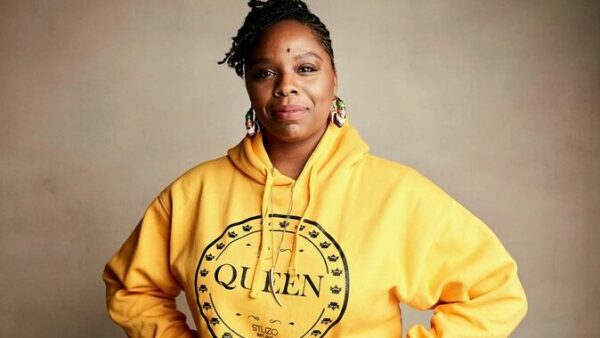 Patrisse Cullors, one of the co-founders of Black Lives Matter has had enough. Earlier this week she has announced that she’s resigning as executive director amid criticism from the right over her lavish lifestyle.

Cullors, 37, has been heading the Black Lives Matter Global Network Foundation for nearly six years, but now she says she is leaving to focus on a book and TV deal. Her last day with the foundation was Friday (05-28-21).

“I’ve created the infrastructure and the support, and the necessary bones and foundation, so that I can leave,” Cullors said. “It feels like the time is right.

Not so fast, however. That’s because some will say as her resignation comes amid controversy  over the org’s finances and Cullors’ personal wealth as well as an alleged real estate buying spree in which she picked up four high-end homes for $3.2 million, according to property records reported last month.

However, Cullors claims she had been planning to leave for some time and the right-wing “attacks” had nothing to do with it.

“Those were right-wing attacks that tried to discredit my character, and I don’t operate off of what the right thinks about me,” Cullors said.

Not that it will matter to her critics, but in addition to that comment, Cullors has recorded a video that also breaks WHY she is “stepping down as executive director of BLM.”{ Watch it below

The BLM foundation revealed in February that it took in just over $90 million last year, following the May 2020 murder of George Floyd, a black man whose last breaths under the knee of a white Minneapolis police officer inspired protests globally.

The foundation said it ended 2020 with a balance of more than $60 million, after spending nearly a quarter of its assets on operating expenses, grants to black-led organizations and other charitable giving.

Critics of the foundation contend more of that money should have gone to the families of black victims of police brutality who have been unable to access the resources needed to deal with their trauma and loss.

“That is the most tragic aspect,” said the Rev. T. Sheri Dickerson, president of an Oklahoma City BLM chapter and a representative of the #BLM10, a national group of organizers that has publicly criticized the foundation over funding and transparency.

“I know some of (the families) are feeling exploited, their pain exploited, and that’s not something that I ever want to be affiliated with,” Dickerson said.

Cullors and the foundation have said they do support families without making public announcements or disclosing dollar amounts.

Sorry to say.....but even the richest of the rich don't flaunt it. Take care of your community before you take care of yourself. Stop stepping on the backs of blacks that are still suffering and being targeted. That money that bought that mansion could have done a lot of good in the communities and get plenty of programs started. Handing out $1000 to poor people ain't going to do it.