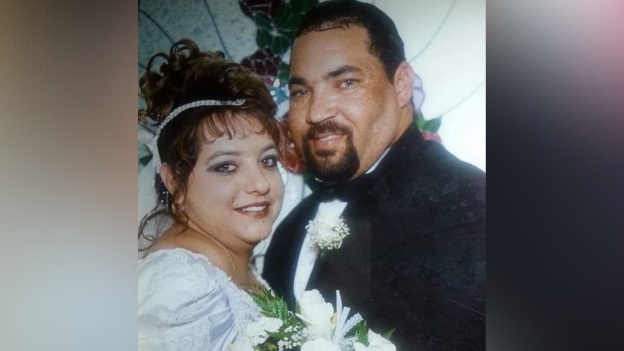 The board of a small Louisiana cemetery that denied burial to a Black sheriff’s deputy held an emergency meeting Thursday and removed a whites-only provision from its sales contracts.

Before Darrell Semien died on Sunday (Jan. 24) of bladder cancer, the 55-year-old Black man told his family that he wanted to be buried near their home in Oberlin, La., and close to his old stomping ground at the sheriff’s office, The Washington Post reported.

His widow, Karla, and their seven kids found a graveyard that fit his dying wish perfectly a few miles outside town in southwest Louisiana. When they arrived Tuesday to take a look, she told The Washington Post, the overseer at Oaklin Springs Baptist Cemetery stopped them cold.

“Oh, we’re going to have a dispute. We can’t sell you a plot,” Semien recalled the woman saying. “This is a Whites-only cemetery. There are no coloreds here.”

Karla and Darrell Semien are pictured on their wedding day. When she tried to bury Darrell in a cemetery in Allen, La., this week, Karla was told they would not accept her husband because he was Black. (Karla Semien)

Semien wrote on Facebook: “She stood in front of me and all my kids wow what a slap in the face. I just can’t believe in 2021 in oberlin Louisiana this is happening.”

“To be told this is like we were nothing. He was nothing? He put his life on the line for them,” Semien told KPLC-TV on Wednesday.

H. Creig Vizena, board president for Oaklin Springs Cemetery, said Thursday night he was stunned and ashamed to learn about the white’s-only provision. He said the board members removed the word “white” from a contract stipulation conveying “the right of burial of the remains of white human beings.”

The offensive wording wasn’t in the cemetery association’s bylaws but only in sales contracts used since the cemetery was created in the late 1950s, Vizena said. He said the site’s overseer, who is in her 80s, had been “relieved of her duties.” And he offered to give them a free burial plot for Darrell. But Semien rejected the offer. By then, she noted, the damage had been done.

“No matter what,” Semien told The Washington Post, “my kids are going to remember for the rest of their life that their father couldn’t be buried in that cemetery because he is Black.”

Lol they always find a way to apologise, and they always accept, lets bow our heads and pray

Comment by vaughn mitchell on February 1, 2021 at 2:10am
Louisiana, one of the most racist states. Whites only cemetery. Smh