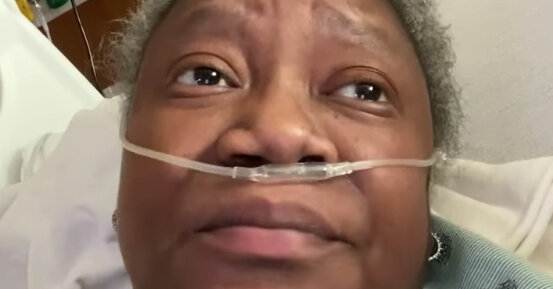 A Black physician in Indianapolis died on Sunday from COVID-19 after saying she was mistreated by medical professionals because of her race.

Dr. Susan Moore, 54, had been diagnosed with COVID-19, hospitalized, and treated with the drug remdesivir, but a week after her diagnosis, her condition had worsened.

In a video Moore posted to Facebook on December 4, she noted having difficulty breathing and claimed she was being neglected at Indiana University North Hospital. Her doctor, she said, refused her request for pain medication and advised her to “go home,” PEOPLE reports.

“I don’t trust this hospital, and I’m asking to be transferred. These people wanted to send me home with new pulmonary infiltrates and all kind of lymphadenopathy in my neck,” Moore said, adding, “This is how Black people get killed. When you send them home and they don’t know how to fight for themselves. I have to talk to somebody, maybe the media, somebody, to let people know how I’m being treated up in this place.”

In an update, Moore shared that her pain was finally properly treated only after she spoke to the IU healthcare system’s chief medical officer.

“Those people were trying to kill me,” she added, later sharing that she had been discharged and receiving “compassionate care” at a new hospital.

“Clearly everyone has to agree they discharge me way too soon. They are now treating me for a bacterial pneumonia as well as Covid pneumonia. I am getting very compassionate care. They are offering me pain medicine,” said Moore in her video update.

In the final video before her death, Moore said she was being transferred to the ICU and was on a BiPAP machine to assist her breathing.

A GoFundMe campaign has been set up to help Moore’s family cover funeral costs and expenses for her 19-year-old son and elderly parents.

Stop relying on these drugs and trust in the herbs your ancestors provided. Multi vitamins with zinc. Tonic water, emergen c, you can mix them together. Perrier mineral water. I have a friend who makes me sea moss Gel. That's has almost all the vitamins in the alphabet....LOL! I work in a boutique hotel, so these covid carrying folks don't want to stop traveling, but we still have to work, So If my nose or throat start acting up, I pull out my box of herbs and make herb water with my coffee pot. You can drink it hot or cold. Oh yes...that virus trying to get me, but I keep a jump on it. TRUST IN THE HERBS FOLKS!!!!!

Okay folks........if this Covid thing isn't a death sentence for blacks I don't know what is.  An illness that allegedly started in China, has miraculously found it's way in the western world, but it's only killing black people.  I don't even hear of China and Corona Virus on the news since it came over to this side of the world.  It's just amazing how it is now the number 1 killer of black people.  Has anyone died of cancer lately?  How about the flu? All I hear about is Corona Virus.  If it ain't a plan to exterminate us, then I don't know what is.