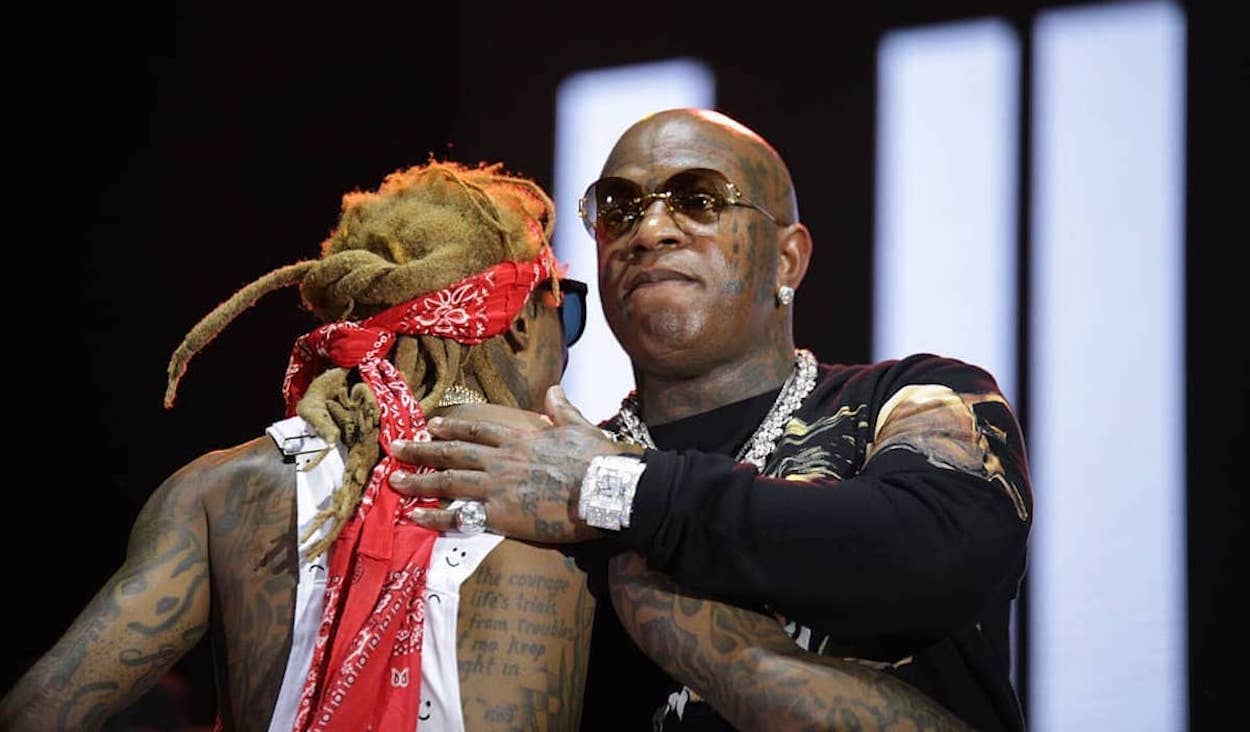 The Cash Money CEO recently chopped it up with DJ Akademiks and company on Complex’s Everyday Struggle. During the interview, he talked about Young Money artists getting an unlimited budget to create their music videos as well as his relationship with each of the artists now. As we know, Baby and Tunechi and particular go way way back, but in recent years they were at odds due to legal issues and disagreements that jeopardized their relationship.

Since the “Free Weezy” rapper had been freed with the release of his previous album Tha Carter V, Birdman and Lil Wayne are reportedly back on good terms. A cording to Birdman in the Complex interview, they “talk everyday” now. “I got a great relationship with Drake, I got a great relationship with my son Wayne, always looked at Nicki as a little sister,” Birdman said. “Everybody in a good space, we put the past behind us and we’re moving forward.”

Speaking on Wayne, in particular, Birdman said that they were “happy as a motherf***er.” He admitted that they had a rough patch but says they’ve gotten past that. The music producer even recalled that Wayne hit him up All-Star weekend to have a positive talk with him and told him that he wouldn’t be where he was without him. “We happy with each other, we talk all the time,” said Birdman. “That’s my son, like, that’s why I could never say anything negative about him no matter what. I would never do that sh*t,” he added.

Birdman and Lil Wayne have a long history and were previously inseparable. The veteran music maker met Tunechi when he was only 8-years-old and took him under his wing. By the time Wayne was 12, he had a deal with Cash Money. Weezy also formed Young Money Entertainment under Cash Money Records many years later, which spawned multiple hits as we know from the famous dynamic YM trio as well as with solo records. It’s great to see Wayne and Birdman back in each other’s good Grace’s after a nasty few years going at it in the court and in the press.

Birdman has once again claimed that he and Cash Money are "forever in business with Drake."

Birdman, who is known for keeping a death-like grip on his artists, says that he will get his coins from Drake regardless of whether he signs with another label or not.
Despite Drake claiming that he was out of his deal after 'Scorpion' dropped.
Speaking with Forbes, he said:

“We always let Drake do what he wanted. Same thing we did with Nicki [Minaj] It’s hard to tell them people what to do and how to do it. I wanted to allow them to do what they wanted to do. That’s one of the blessings about being an artist. You gotta let them paint they own picture.”
When Forbes pressed him to find out what Drake's current situation with the label is, he reponded:

We wonder if Drake knows that he's still in business with them?

SAD HOW POWERFUL & INTELLIGENT BLACK MEN CAN'T BE POWERFUL  TOGETHER!

Comment by Lu on March 28, 2019 at 11:19pm
When you sign your contract in BLOOD...you in it till death...Birdman is getting his percentage regardless of what...hmph

Comment by mr1stroke on March 28, 2019 at 3:48pm
The article says they wonder if drake knows? What kind of dumb question is that, dont drake have to do business meetings, dont he see the checks thats going to cash money? Well it works like this if cash money says he owe 100gs every year before he breaks his contract or else they will end his life, thays exactly what he will pay because his body guards will be working for cash money so they can watch him, dont you ask your self what happened to Tupacs body guards theu were riding behind him, they saw no car or where the car went, did not see the killer but some of the body guards were LA PD who were theu workinf for, with all those cameras any pne who spend sometimes in vegas and have driven around knows its hard no get spotted by camera, so yes it is what it is on a business that makes so much money with so many greedy people