Bill Cosby Bashes Insurance Company For Settling Without His Permission 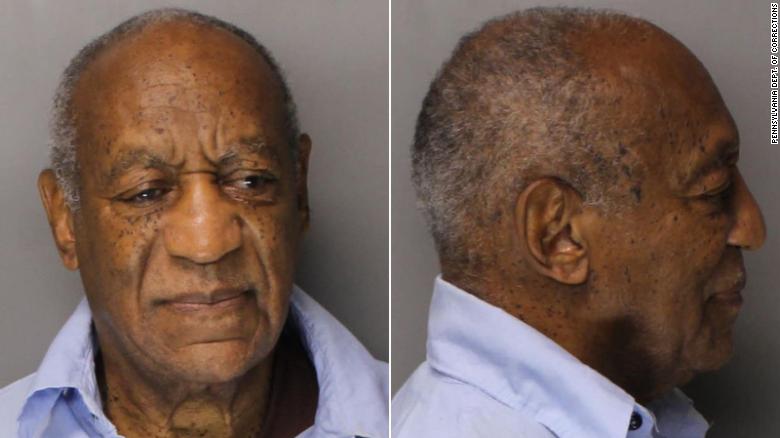 The judge who presided over Bill Cosby’s criminal case said he let five other accusers testify at the sex-assault trial because their accounts had “chilling similarities” that pointed to a “signature” crime.

A jury last year convicted Cosby of drugging and sexually assaulting Andrea Constand in 2004, after hearing from her and the five others. Cosby, 81, is appealing his conviction based on the women’s testimony and other key rulings by Montgomery County Judge Stephen O’Neill.

Cosby began serving a three- to 10-year prison term in September at a state prison near Philadelphia.

O’Neill, in a lengthy opinion filed Tuesday, said he found “striking similarities” in the women’s descriptions of their encounters with the comedian long beloved as “America’s Dad.”

“In each instance, (he) met a substantially younger woman, gained her trust, invited her to a place where he was alone with her, provided her with a drink or drug, and sexually assaulted her once she was rendered incapacitated,” O’Neill wrote. “These chilling similarities rendered (their) testimony admissible.”

O’Neill had allowed just one other accuser to testify at Cosby’s first trial in June 2017, when a jury deadlock led to a mistrial. Cosby was retried in April 2018, months after the #MeToo movement burst into view with sexual asssault accusations against producer Harvey Weinstein and other powerful men in Hollywood and beyond.

In the ruling Tuesday, O’Neill said the new defense team that handled Cosby’s retrial never directly challenged him on the difference in his two trial rulings about the other accusers’ testimony. At any rate, he said, judges are not bound by their prior decisions.
The defense, in outlining their appeal issues, have also argued that Cosby had a binding agreement with a former prosecutor, Bruce Castor, that he would never be charged in the case. O’Neill again rejected the claim Tuesday, finding the signed press release from Castor – used to bolster the claim – falls short of an immunity agreement.

Castor had investigated Constand’s complaint for about a month in 2005 before deciding not to bring a case, questioning why she waited a year to contact police. Before the year was out, 13 other accusers had come forward to support the lawsuit Constand filed against Cosby. He settled the case for $3.4 million.

When Cosby’s deposition testimony from the lawsuit became public in 2015, and the criminal case was reopened, Castor for the first time told his successor about the supposed “non-prosecution” agreement. He forwarded their correspondence to Cosby’s defense lawyer and testified as a defense witness at a 2016 hearing, O’Neill noted.

O’Neill also rejected defense efforts to have him step down from the case because of his alleged bias, and outlined the four-year legal process that led up to Cosby’s conviction and sentencing.

Cosby’s latest team of lawyers has been awaiting the opinion so they can proceed with the appeal in Pennsylvania courts. The lead lawyer, Brian Perry, did not immediately return a phone message on Tuesday.

Cosby spokesman Andrew Wyatt, in a statement, said “O’Neill has a habitual habit of always trying to cover his many errors, which continues to show his hatred towards Mr. Cosby.”

The Associated Press does not typically identify sexual assault victims without their permission, which Constand has granted.

Bill Cosby is upset with his insurance company, American International Group, for settling a sexual-battery lawsuit that was filed against him by one of his accusers.

Chloe Goins accused Cosby of drugging and molesting her at a party at the Playboy Mansion in Los Angeles in 2008 when she was 18.

“AIG continues to act egregiously by settling these heinous claims without my knowledge and/or consent; and AIG continues to show they’re complicit in this scheme to destroy me and my family,” Cosby said in a statement.

“I encourage all of AIG’s policyholders to drop this pathetic insurance company quickly, before they destroy you and your family.”

This is the second time Cosby has lashed out against AIG. Earlier this month, the insurance company settled defamation claims filed against Cosby by seven other women.

"Mr. Cosby did not settle any cases with anyone," his spokesman Andrew Wyatt emailed USA TODAY. "He is not paying anything to anyone, and he is still pursuing his counterclaims. AIG (Cosby's insurance carrier) decided to settle these cases, without the knowledge, permission and/or consent of Mr. Cosby.

"Mr. Cosby vehemently denies the allegations brought against him in these defamation suits and he maintains his innocence," Wyatt said in his statement.

Bill Cosby departs the Montgomery County Courthouse on the first day of sentencing in his sexual assault trial on September 24, 2018 in Norristown, Pennsylvania. In April, Cosby was found guilty on three counts of aggravated indecent assault for drugging and sexually assaulting Andrea Constand at his suburban Philadelphia home in 2004. 60 women have accused the 80 year old entertainer of sexual assault. (Photo by Mark Makela/Getty Images)

Bill Cosby played a doctor on TV but now he apparently thinks he’s a real one.
A source revealed to Radar Online, the convicted sex offender who is serving time for his crimes, has assumed the role of his character Dr. Heathcliff Huxtable from The Cosby Show and is playing doctor behind bars and dishing out medical advice to inmates.
The 81-year-old, “believes he learned a lot about how to cure people and speak to patients after playing Dr. Huxtable for nearly eight years on ‘The Cosby Show,’” the source said.

“He is accepting appointments from inmates to help diagnose anything from a cold to obesity. If he thinks they’re incurable, he refers them to the infirmary with a ‘preliminary diagnosis,’” the source admits.
“He told us that he wore a bedsheet like an ‘apron’ to get into character,” the source told the news outlet. “He said his medical skills are ‘a tad rusty’ since he played Dr. Huxtable, but he’s still ‘hip’ to the ‘role.’”

Cosby’s publicist, Andrew Wyatt, admits to Radar Online that Cosby has taken on a leadership role of sorts and “has regular and in-depth discussions about getting better nutrition for the residents…getting them on natural supplements because residents and officers have major health problems.”
Cosby reportedly has criticized the medical staff at the Pennsylvania prison calling them “overeducated, unintelligent children with a clipboard.”

So Cosby has reportedly stepped up to offer up his TV experience as a doctor. One inmate told a relative that “he was told to follow along with whatever Cosby says — play along. He’s old, so the prison staff just want no problems. He hopes to get a job in the infirmary, this way they keep him in there.”

It seems that the powers that be just let Cosby do his thing, as he serves three to 10 years for sexual assault.
“The prison does not intend on moving him, so we just play along to make him feel better!” a source reportedly told the outlet.
Funny how art has become real life.

Comment by mr1stroke on May 17, 2019 at 12:44am
vaughn mitchell you hokd no weight on here, you contributing nothing to this site but barking like a tired dog, for someone who brags about education you sure is ignorant sit your n***** ass down, no one is addressing you

Comment by mr1stroke on May 15, 2019 at 6:43pm
Successful black men in America have to fight to survive amd fight to stay successful everyday, you are hate by both sides nighers and whites. Niggers are dancing and happy but not knowing they mean nothing but beong evil toward men like Cosby no matter what you do he is a white mans jail, you cannot help save him if he you could you can only help destroy him, white men make the laws, have you niggers ever realize that? Dumb niggers you continue to sale those who looks like you out of jealousy and hate, you help destroy more powerful black men than you hp empower the black race. Niggers are weak, kamala harris said she would take every gun dealers license with executive action if elected, the dumbest thing i habe yet heard from a negro its bad enough America would not let you win because of your color, you think they will let you win for being a hooker and a home wrecker, now you are attacking white America a billion dollars industry, what would you do with the Atf, well leats white America can stop you, now what if Trump take excutive order and make black history month white history month, what will happen? The answer is nothing niggers would protest and sit the hell down you are weak you cannot over turn any laws your negro politicians dont have no say, they are weak, you cant even get a cop fired after 6 years for killing Eric Garner what makes you think you can stop anything