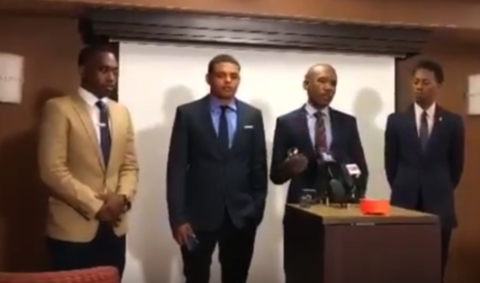 Danney Williams – A message to my Father

Danney Williams, who claims to be Bill Clinton’s long lost son, makes a surprise announcement, appearing live in Las Vegas only hours before the third debate between Hillary Clinton and Donald Trump.

CNN played a game lied and told Danney they had the room and kicked them out and this made everybody leave!  So the scum at CNN did evil so only about 8 reporters were even there!  Watch the demon from the Daily Beast attack Danney Williams and say “Why didn’t you do an interview with me?”, “Why are you coming out now?  Do you know Roger Stone?   Who paid for your trip?   Where are you staying? (so we can kill you!) Are you staying at the Trump hotel?  Are you part of the Trump campaign?  What do you want from Bill Clinton? etc

It’s disgusting to watch your fake news attack this man who only wants to prove Bill Clinton is his father!   His mother was a prostitute at the time and Bill was her only white client!   State troopers brought cash and Christmas gifts every year until Bill Clinton got in the Whitehouse then all the gifts stopped.  His mother tried to go to the governor’s mansion to meet Bill Clinton but got thrown out and roughed up!   This is a HUGE story along with the child rape of Cathy Obrien by Hillary Clinton!  Google “Hillary Clinton raped Cathy Obrien as Child” for that story!  Get the truth everywhere!  If you share this story email me at glenn@nsearch.com and you’ll get some really cool prizes! 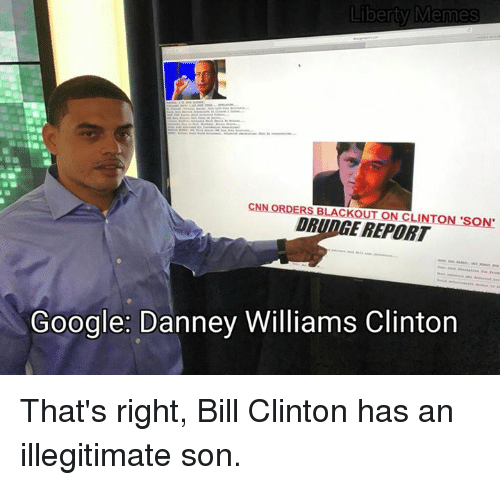