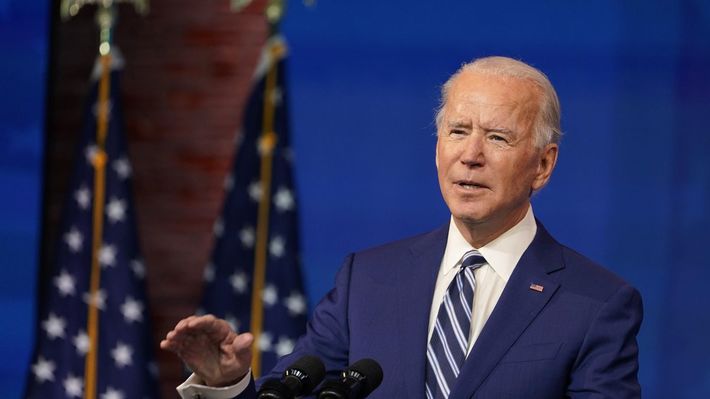 Black liberals are currently at odds on social media after “leaked” audio of President-elect Joe Bidensurfaced in which he’s heard pretty much telling civil rights leaders what he’s not going to do for Black Americans.

The meeting occurred last Tuesday, during which Biden made clear his belief that Republicans used the “defund the police” movement to defeat Democrats in down-ballot races in the November election, Forbes reports.

“That’s how they beat the living hell out of us across the country, saying that we’re talking about defunding the police. We’re not,” Biden said in audio obtained by The Intercept. “We’re talking about holding them accountable.”

Many suspect Biden’s camp “leaked” the audio, as there’s nothing in it that’s detrimental to the career politician. If anything, Biden’s words appear to be a direct message to the core constituency that he’s trying to appeal to, which are the casual racists known as white moderates. The audio could have been “leaked” by Biden’s camp in an effort to squash talk that his administration wants to defund the police, as the casual racist does not support this movement.

In the audio, Biden cautioned the use of anti-police rhetoric that could negatively impact the Democrats running in the Georgia Senate runoffs. He also warned against getting “too far ahead of ourselves,” but vowed to ultimately deliver on police reform once he’s in office.

He also noted that in 2040 the country is going to be “pure white European,” with Latinos being the second dominate group in the county. Biden told his audience that they better learn how to work with the Latino community, suggesting that Black folks will one day soon be taking orders from hispanic political leaders.

The civil rights leaders on the call, including Rev. Al Sharpton and the NAACP’s Sherrilyn Ifill, asked Biden to use executive orders to institute reforms, but Biden shot ‘em down, noting that he would not test the legal bounds of executive action to help Black people.  “I am not going to violate the constitution,” he said, because doing so could set a dangerous precedent.

Meanwhile, Biden plans to sign five executive orders when he becomes president, including repealing the travel ban from many Muslim countries and reinstating the DREAMers program, which allows children of undocumented immigrants to remain in the U.S. He has also promised to reform H-1B visa system and eliminate country quota for Green Cards. But when it comes to tangibles for Black Americans, Biden seemed to imply that his legislative record is good enough.

“I don’t carry around a stamp on my head saying ‘progressive’ and ‘I’m AOC,’ but I have more of a record of getting things done in the United States Congress than anybody you know,” he said during the meeting.

Biden stressed throughout the call that the “defund the police” movement should be silenced ahead of the Senate runoffs in Georgia. He also addressed that any objections to his cabinet picks, such as suspected white supremacists Tom Vilsack and Rahm Emanuel, should be curbed.

“Let’s get something straight, you shouldn’t be disappointed,” Biden said of complaints about his cabinet, claiming he has done “more than anybody else has done so far” to bring diversity to his incoming administration.

In related news, Biden’s VP Kamala Harris previously made clear that she’s not going to do anything that ONLY benefits Black people.

Comment by John on December 21, 2020 at 8:18am
You negroes are so stupid. This man is no different from Trump when it comes to black people. We should've kept Trump And the 500 billion dollars. Instead we have another racist. An empty pockets. When will you negroes learn? The democratic body has never been for black people yet we keep running to them Like slaves on a Plantation .

Talk about dictatorship Donald has nothing on creepy joe.

Biden ain't gonna do shite for black people.  The voting is over.  Once they win, they forget about us.  So why would blacks expect anything.  Man, they pulled the wool over the black people's eyes again.  When do we wake up and realize they play us over and over again? It doesn't matter if the politician is black or white, the blacks in this country is still 3/5 of a person according to the laws on their books.  We are not as smart as we pretend to be.  Wake up folks.

Comment by vaughn mitchell on December 14, 2020 at 2:50pm
Wtf, is wrong with these liberal black leaders , he is not in the whitehouse as yet, and they start that bullshit. He is not going to defunct the police, that's stupid. When people get shot or robbed, who are they going to call? Ghost busters. They need to tell some of these black men and women to become comes and make a difference. Turn in the bad white cops, hold them accountable. Get rid of the bad cops. Racist white people become cops to keep us in line, simply become a cop and make a difference. Instead of working at walmart, krispy cream, or other low paying jobs, become a cop, better pay and you will save lives instead of waiting for the racist cop to change, make a change.