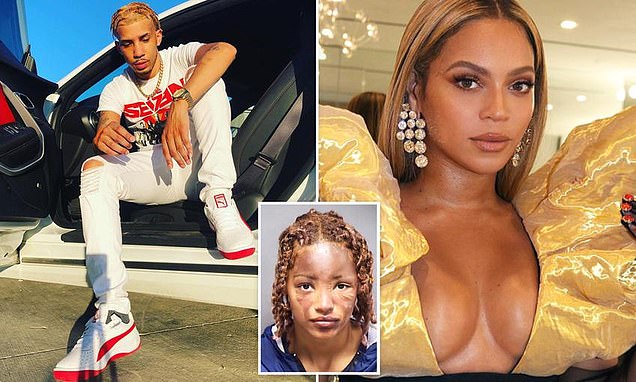 A Texas rapper identified locally as Beyoncé's cousin has been shot dead in his apartment.

Martell DeRouen, 34, was found by police at his home on Tuesday as they carried out a welfare check.

Friends and family of the San Antonio-based rapper, known by his stage name Kardone, are seeking justice as police hunt down 21-year-old suspect Sasha Skare.

In 2019, Skare was also charged with an assault linked to the shooting death of her boyfriend. 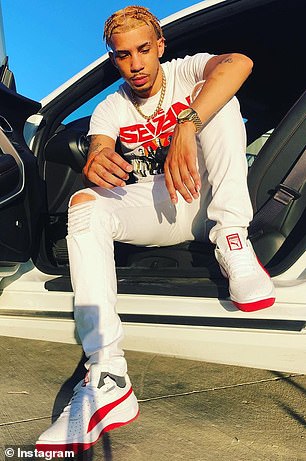 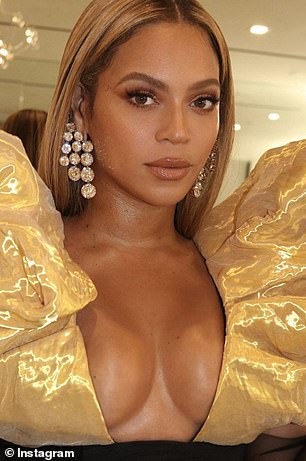 Martell DeRouen, 34, (pictured left) was found shot dead in his Texas apartment by police on Tuesday. Known by stage name Kardone, he was identified locally as Beyoncé's cousin (right) 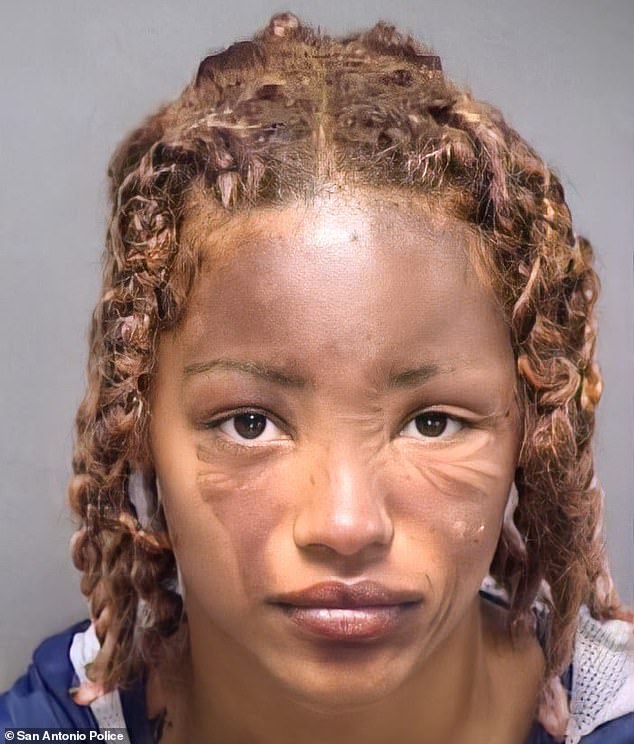 Sasha Skare, 21, was immediately identified as a suspect, pictured above 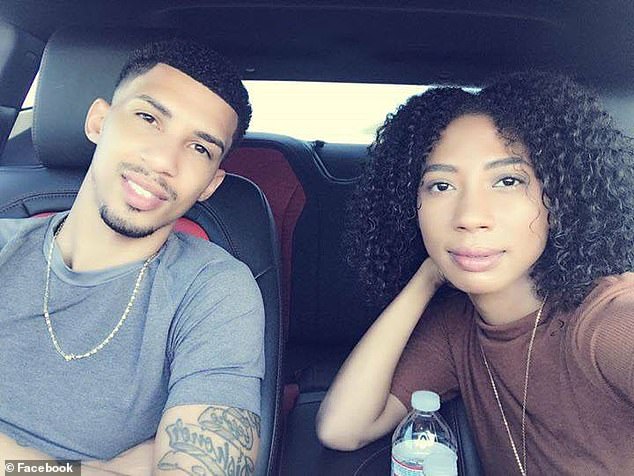 Louisiana native DeRouen was signed to The Orchard, a label owned by Sony Music, and according to The Source had been working to make his way out of his super star cousin's shadow.

'Kardone was widely known in his area as Beyoncé's cousin, but in the last few years, he's changed that narrative with his own musical pursuits,' his Spotify bio reads.

'That's not even something he would even mention to people,' Brian Mitchell, who owns Fyngermade Studio, told KSAT.

'We'd just have to put in his bios because it's just, it's worthy to put it in there, but he doesn't like stuff like that. He was just a real subtle dude, quiet.'

DeRouen is believed to be related to the musical icon through her maternal grandmother Agnéz Deréon, who hailed from New Iberia, Louisiana, as he did.

Beyonce and Tina Knowles' fashion line was named 'House of Deréon' in her honor.

Skare was identified as a suspect in DeRouen's death after the body was found at The Towers complex in the 16700 block of La Cantera Parkway.

Officers had conducted the welfare check after receiving a call from a woman to say she had not heard from him in a few days.

Skare, who is also involved in the local music scene, had released a single produced by DeRouen in April, according to the San Antonio Express.

This is the second shooting death linked to the 21-year-old.

Skare had been out on bond since January 2020 for previous charges of aggravated assault with a deadly weapon.

It came after the death of her boyfriend Andrew Bass, 21, in a November 2019 drug deal. 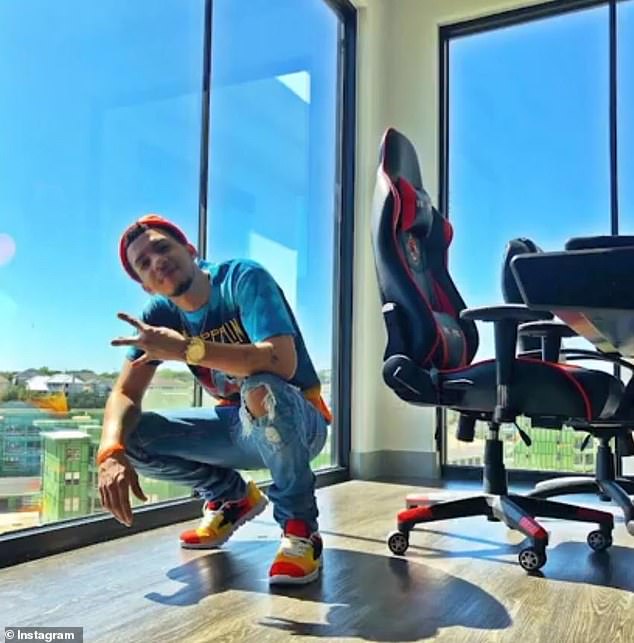 Martell Derouen (pictured above) was signed to The Orchard, a label owned by Sony Music, and had been working to make his way out of his super star cousin's shadow 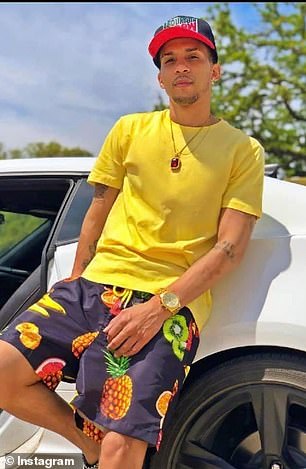 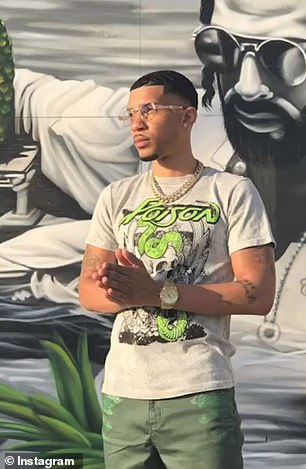 Police carried out a welfare check on DeRouen (pictured) when a woman called to say she hadn't heard from him in a few days. No motive for his death has been identified

The pair met a man in an Austin apartment to buy marijuana, but the two men began shooting at each other. Bass was killed and the other man was hospitalized.

Investigators alleged that Skare set up the deal in order to rob the other man,  after she told them differing stories

Bass' mother called his death the 'ultimate betrayal' after she had taken the young woman into her home when Skare needed a place to stay.

'Because you open your home to someone and you offer them every single thing that you have and for the end result to be the demise of my child and really no true answers of you know what actually transpired,' she told Fox San Antonio.

'My biggest question was, why are you running,' she added of Skare's disappearance after DeRouen's death.

'Why are you running? If you haven't done anything wrong? And if you love and cared about him as much as you say you did?' 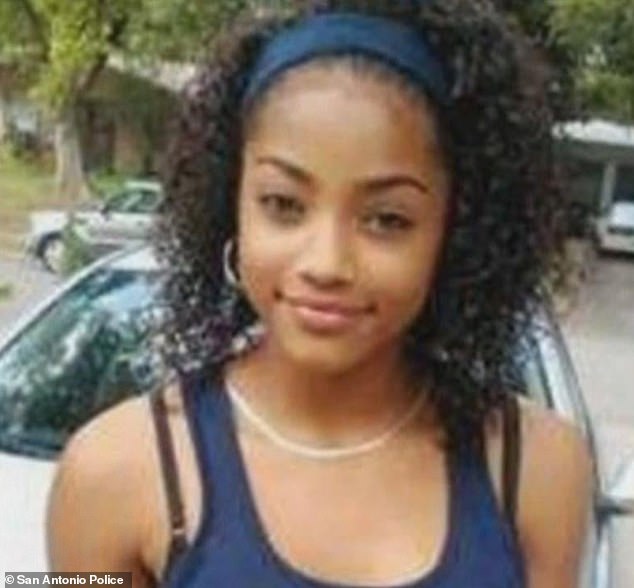 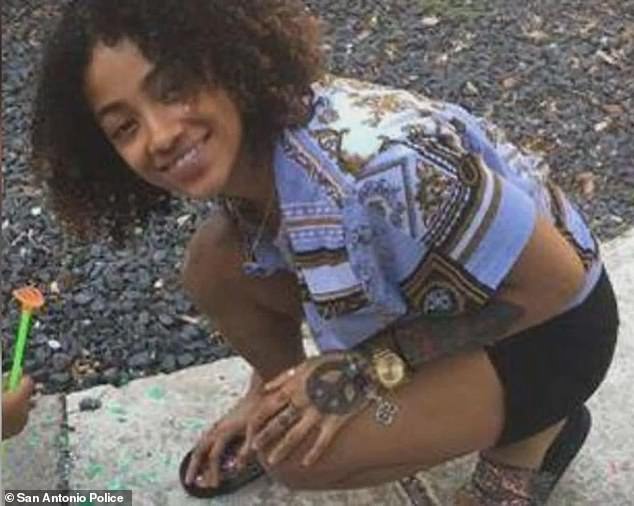 DeRouen's family have spoken out as the hunt for Skare continues with an active warrant out for her arrest for murder.

His wife Joia said that they are trying to 'digest this senseless act'.

'There is no way to replace him but please help us find this girl,' Joia wrote in a statement. 'She is dangerous, and I do believe she will kill again. If you see her please contact the police.'

'Your days are numbered, and I wish nothing but the worst for you,' he wrote. 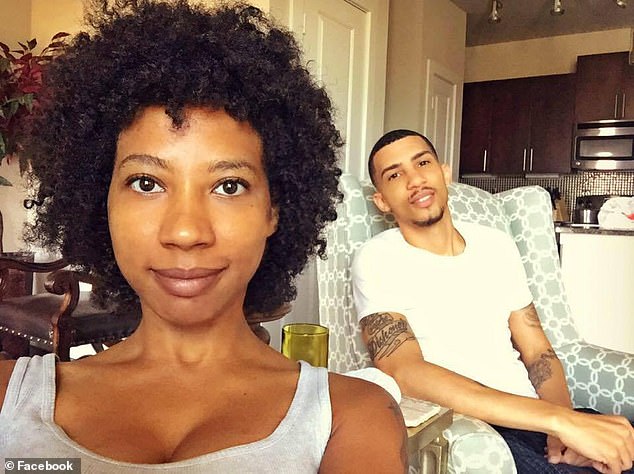 DeRouen's wife Joia, pictured together, said that they are trying to 'digest this senseless act'

'She is dangerous, and I do believe she will kill again,' Joia has said

'Kordone was one of those ones who rose and shine bright, brighter than, you know, some of those that was in the room with him,' Mitchell said of his friend.

'I couldn't believe it. I thought they had the wrong person,' he added of his death.

'Big Love to everyone who pulled up and turned up w me last night,' he captioned the post.

Skare left a comment with the praying hands emoji.

A motive for the murder has not yet been identified.

Anyone with information on Skare's whereabouts is asked to call SAPD's homicide unit at 210-207-7635.

It's sad people have no talent and have to associate themselves with a famous relative.

Comment by vaughn mitchell on January 30, 2021 at 6:09pm
The three pics of his wife look different, the pics of the rapper that killed him look different. People speculating that they were fooling around because she look more beautiful than his wife, how do you know that.

Weird. The wife is less attractive than the female who killed him. It’s always more to it. Drug and marital issues were clearly involved and he was set up.