An off-campus co-op for students at the University of California, Berkeley named the 'Person of Color Theme House' has banned white guests from entering common areas of the house.

A list of house rules revealed that occupants were told 'many POC moved here to be able to avoid white violence and presence, so respect their decision of avoidance if you bring white guests.'

While the student house aims to have an 'inclusive' environment, the rules specifically state 'white guests are not allowed in common spaces,' according to the list, which was posted on Reddit.

The accommodation, which is located close to Berkeley's campus, is a five-story, 30-room home that can house up to 56 students. The house is owned by a private landlord.

But the 'rules' which were leaked on social media have caused outrage - with many people slamming the restrictions as 'racist' as others came forward and revealed their experience living in the co-op.

One mixed-race Reddit user, who claimed to have lived at the house, said that their 'presence as a light skinned person was not received well.'

They said house members called them slurs and they were even 'not allowed to let my dad enter the house because he's white.'

A photo posted to Reddit shows the inflammatory rules, that include 'White guests are not allowed in common spaces'

Another rule states that guests must be announced if they are going to be in common spaces, and if they are white 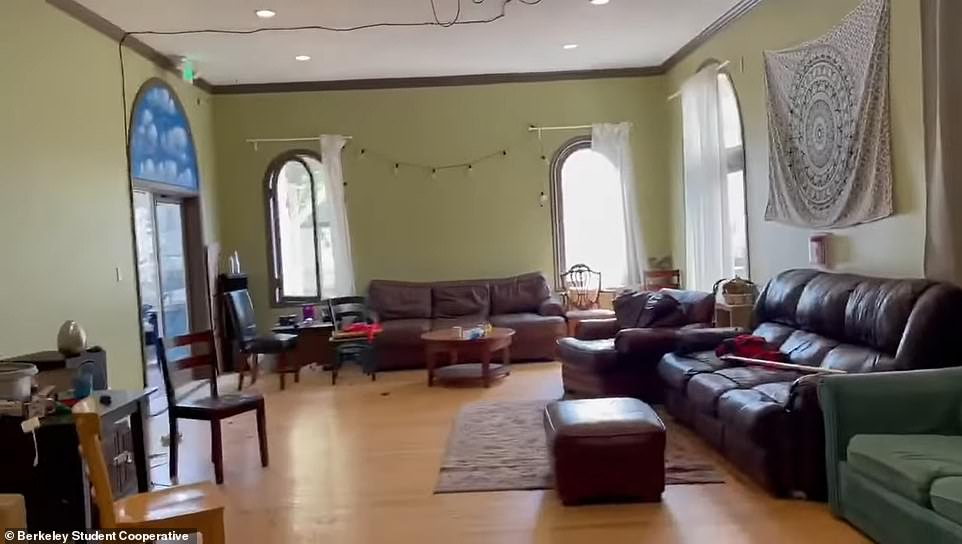 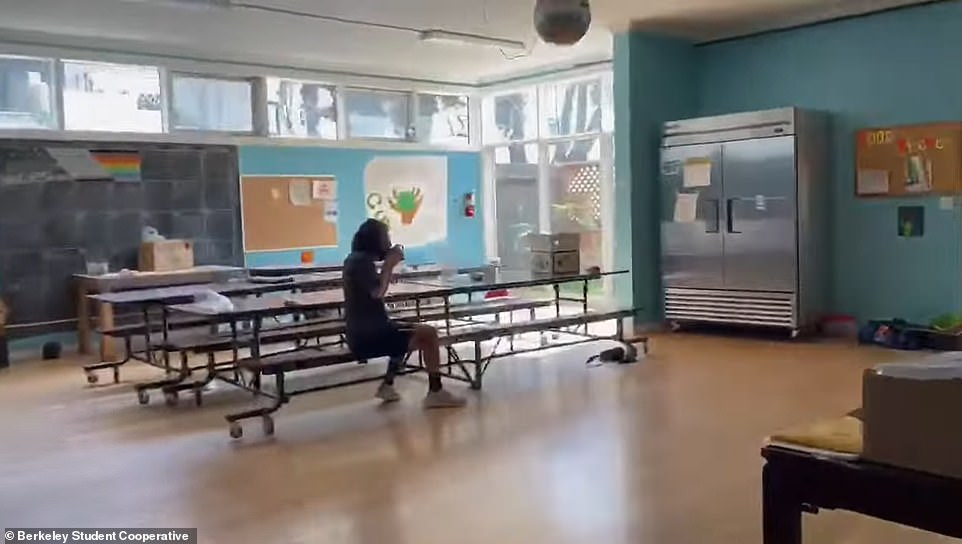 A student is seen in another common area, the kitchen, of the co-op where white people are also banned 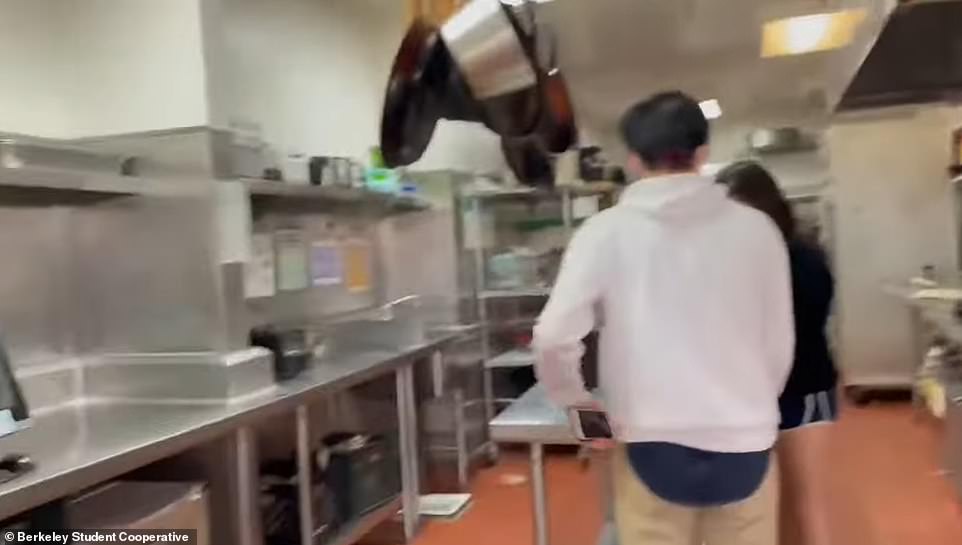 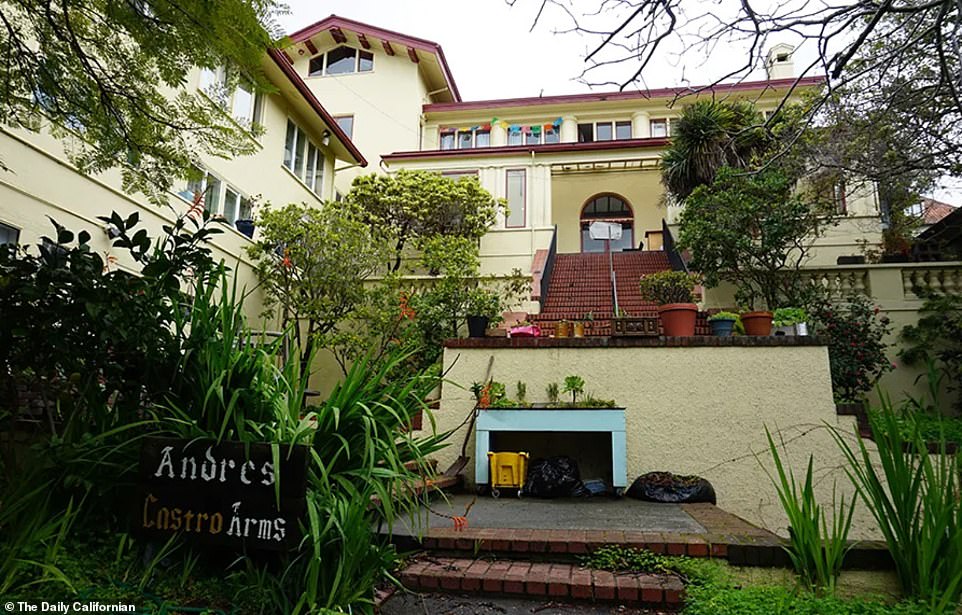 The house was set up as part of the Berkeley Student Cooperative, a program designed to bring affordable housing to students in California's Bay-area, and 'aims to provide housing to low-income, first generation, immigrant and marginalized students of color.'

Janet Gilmore, Senior Director of Strategic Communications at the University told DailyMail.com the house is 'not campus operated,' meaning 'it is not the role of the campus to comment.'

Gilmore also said the University does have it's own Theme Programs, but they have 'no such policies like the one alleged in the Reddit image,' and stated 'Cal Housing Theme Programs do not discriminate on the basis of race, consistent with UC and campus policy.'

'As this involves an off-campus non-affiliated landlord, the campus has no ability under the Code of Student Conduct to discipline the landlord.' 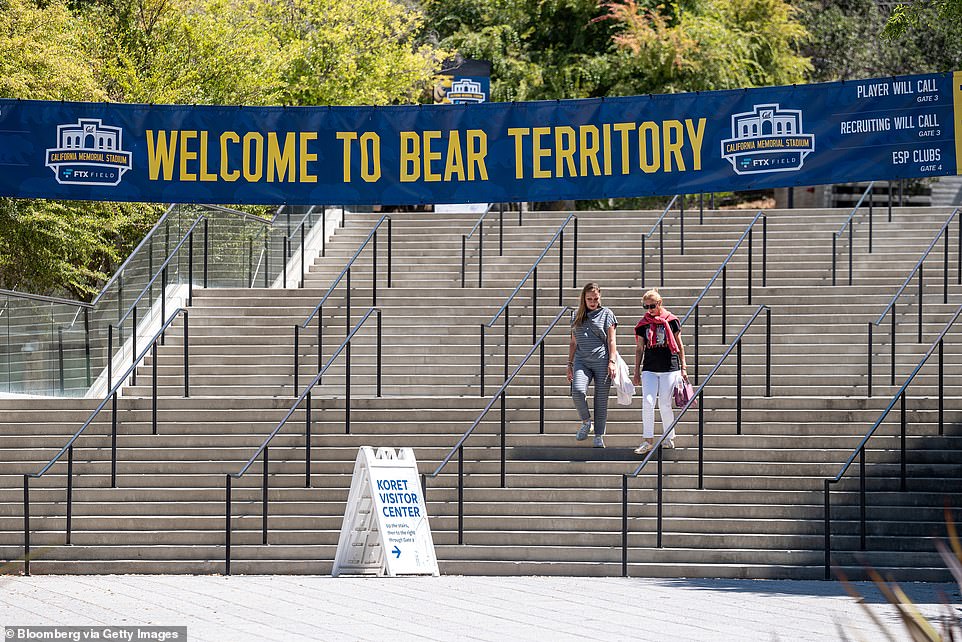 As the house is owned by a private landlord that is not affiliated with the University, they have said in the past they do not need to comment on what happens there

Under BSC's antidiscrimination policy, 'acts are prohibited if they discriminate against any BSC community members' on the basis of qualities such as age, gender and sexual orientation.

Stephen Ross, cooperative experience manager for the Berkeley Student Cooperative, told The Fix that the house's rules are not 'official policy.'

'White people can and do live in POC house, but the focus for POC house is providing a safe and supportive living environment for people of color,' said Ross.

But Ross also said the Person of Color Theme House has it's 'own culture and practices,' and the focus of the house is to provide 'a safe and supportive living environment for people of color.'

He said house members purposefully work towards 'not making Whiteness central to the experience for members living in the house,' because some members have been traumatized by the 'white violence' mentioned in the rules.

At some point in time, the way I see things going in this country, there's going to be a race war.

Comment by vaughn mitchell on August 19, 2022 at 7:19pm
How does it feel for the shoe to be on the other foot. The landlord is correct white people destroy stuff with their wild frat parties, and drinking party's.