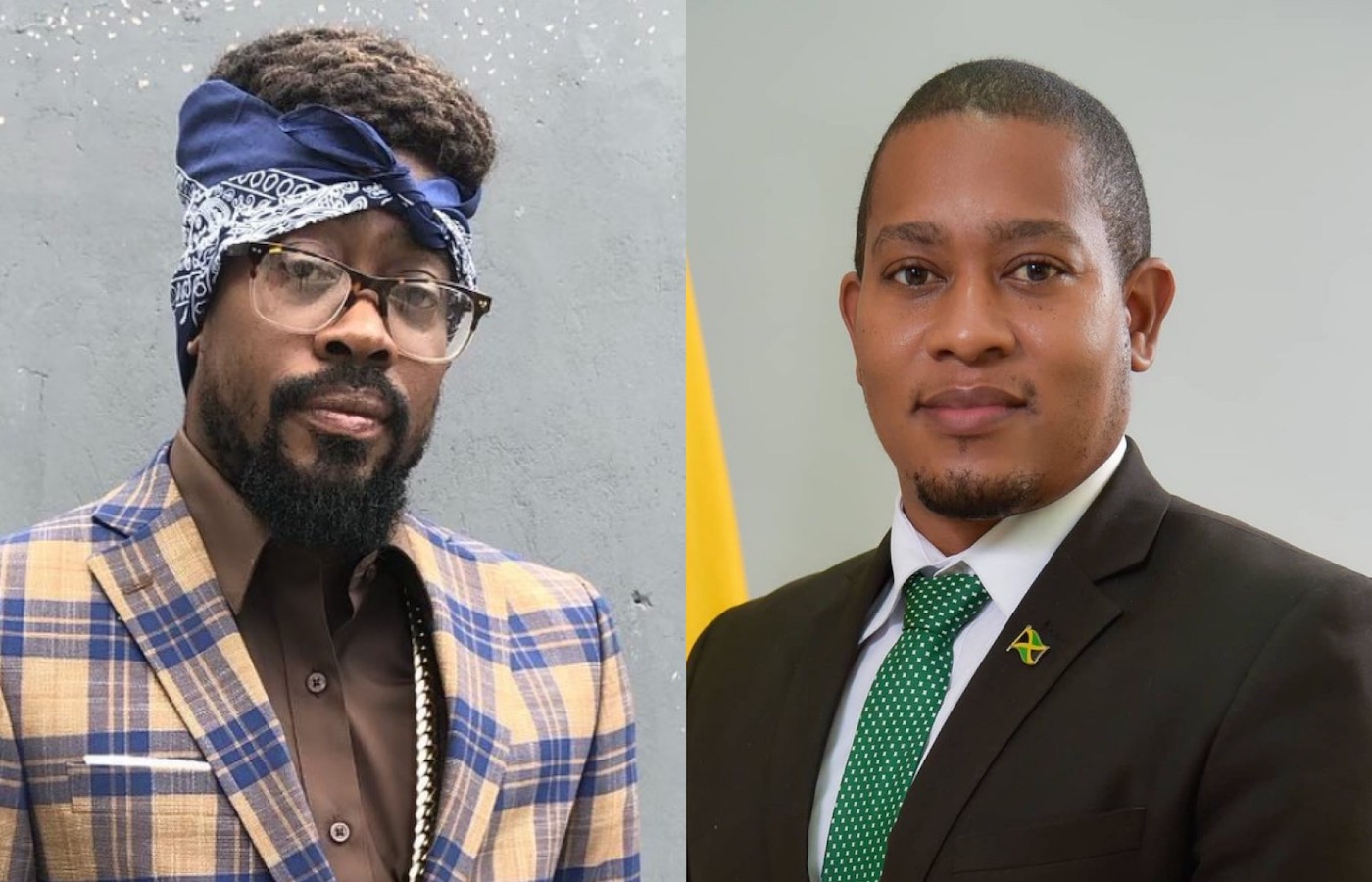 Dancehall artistes and other members of the Jamaican entertainment industry are reacting to the scandal engulfing Jamaica’s Agriculture Minister Floyd Green, who was caught on video guffawing and toasting to a No Movement day cheers.

Jamaica’s population was locked in their homes and not allowed to leave per the Prime Minister’s Andrew Holness’ directive as the island battles high numbers of the Covid-19 virus.

No Movement was directed for Sunday- Tuesday, but Green and his colleagues- KSAMC Councillor Andrew Bellamy, Green’s advisor Gabrielle Hylton, a leading member of the Jamaica Labour Party’s Women arm were seen in a video celebrating Hylton’s birthday at the R Hotel in Kingston.

More than a dozen people could be seen in the video without masks as bottles of Rose and food were served while persons in the video shouted “Shower Labourite” and cheering to No Movement Day.

The video went viral early Tuesday evening as Jamaicans prepared to come out of lockdown- many who have complained that the weeks of no movement day is threatening to kill their businesses while others who earn informally cry out to the Government as they cannot earn income and cannot support their families.

The video caused any to express outrage at the blatant disrespect – a slap in the face of Jamaican people who are sacrificing by complying with the No Movement day orders while the minster and his cronies breach the DRMA.

Among those reacting to the behavior of Green and Bellamy and others are supporters of both men, as well as critics who called for punishment and for them to be fined and charged under the Disaster Risk Management Act for the breaches.

Many online drew inference from the Green situation to that of others who breached the DRMA and have been subjected to arrests and charges, including being publicly humiliated by the police and forced to apologize in videos shared online. Others also compared the situation to that of Beenie Man, who was charged for promoting an event last year, as well as Usain Bolt, who was investigated by the Jamaica Constabulary Force for hosting a birthday party last year when events were banned, and the gathering limit was 15 persons.
Among those reacting to the viral video is Shenseea‘s manager Romeich Major who noted on his Instagram account – “Jamaica is not a real place swear! Smh!”

Christopher Martin also shared his view on the matter as he pointed out the inequities of the haves and the have nots as well as the loopholes with the law that allows hotels to operate while there is no movement for everyone else who can’t afford to go to a hotel.

“I know we wanna be upset because they are prominent politicians but we also have ot be real…they can all afford to stay at the same hotel together from before the no movement began… and within those boundaries they’re free to do wadeva don’t it… it’s been this way. As Buju say who can afford to run will run but what about those who can’t?’ N unuh nuh bodda kill mi…mi jus a show unu she Andrew cyaaa reprimand dem fi nothing cause the loopholes are there to be exploited if u can afford to do so.”

Bennie Man also made a post and delete comment noting that the actions of the Minister and his friends were “mockery and disrespect to the people.”

Dexta Daps also called the sharing of the video “childish, is all I can sayyyyy…smdh.” 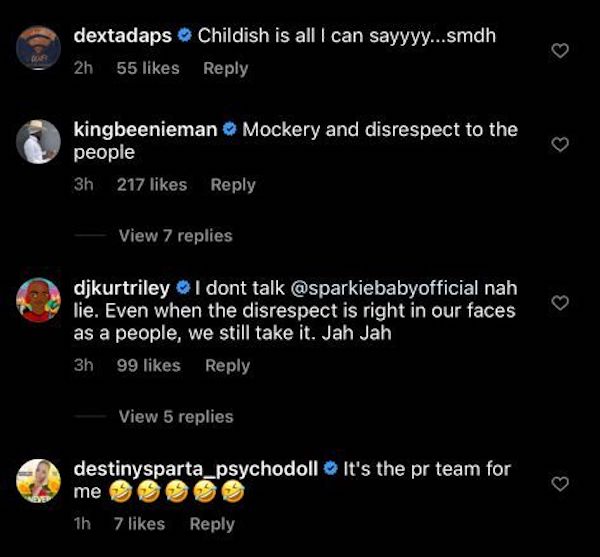 Dancehall artiste Ajji also added his voice to the mix and noted, “they thrive off classism, exclusivity and exemption & call themselves LEADERS.”

Fervent government critic Tanya Stephens also pointed out a reference to the Prime Minister’s claim that the Covid-19 spikes were actually caused by poorer people who would pack up at the corner shops.

“Look pon dem cornershop people ya a try trick we! Chicken back and big jill a oil yh say @andrewholness??? No Rose? Cool,” read Stephens sarcastic commentary on the situation.

Meanwhile, Jamaicans on social media called for the resignations of Green and the others and for them to be charged and placed before the courts as previous persons caught breaching the protocols have experienced.

“Dont know which more hurtful, them laughing and saying prosperity while many cant find food or buy food on a lockdown or them out frolicking without masks on a lockdown day and have the nerve to make the video leak to show us that two Jamaica is real,” one person wrote under the viral video while another added “that youth in Arnett Gardens who was dragged from under his bed and arrested now have a criminal record but we are making excuses. Jamaica! Jamaica! Banana Republic!”

Another person also added that the video with Green was just one incident that upset them.

“The video wid Floyd did stink it was horrible but the day before that I watched 1700 tourist get off a cruise ship to enjoy Ocho Rios that our Government opened just for them. Anyone could’ve been outside and I wouldn’t have given a damn about it.”

Another person called for equal measures to be applied to the Minister and his friends.

Meanwhile, the Jamaica Constabulary Force on Wednesday afternoon noted that the police wouldn’t pursue an investigation until “confirmation of the location and date of the event” is determined before any official investigation begins.

In an update to the video, around noon on Wednesday, the Agriculture Minister tendered his resignation. In a lengthy resignation, he said he noted his blooming political career as Member of Parliament for South West St. Elizabeth but disappointed many people with his behavior.

“I have disappointed so many. My family including my son, my Prime Minister and most importantly, the people of Jamaica who I have sworn to serve. No matter how briefly, and regardless of the circumstances, I should never have participated in any engagement that could indicate lack of appreciation of the difficult and serious realities that now face the entire country,” he began.

“My actions have demonstrated a lack of sensitivity for the difficult realities that all of us are facing currently. It was wrong. I accept that this was an error in judgment and that it sends the wrong signal especially in light of the Government’s drive to reduce the spread of Covid-19. For this I am really and truly very sorry.”

Green added that he will work to regain the trust of Jamaicans and his constituents and that the lapse in judgment he exercised won’t reoccur.

On the other hand, Bellamy also posted a short apology for his presence and behavior in the video and noted that he has resigned from the South East Regional Health Authority that he was ironically a board member of, as well as the various committees he was involved with at the KSAMC.

As for Hylton and the other members of G2K that were present at the gathering, there has been silence.

Prime Minister Holness is expected to address the nation on Wednesday, even where it is expected that the no movement lockdown would be lifted.

You discuss related to Romeich & Dexta Daps Slams Floyd Green Over Illegal Party in detail. I like your post. Further, If you finding the best cleaning services then you should hire Commercial cleaning Dallas tx for better performance.