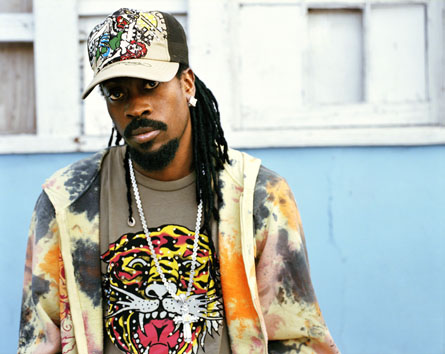 The 2009 staging of dancehall night at Reggae Sumfest held at the Catherine Hall Centre in Montego Bay drew one of the its largest crowd in the 17th year of the festival. Special tribute was paid to Beenie Man, where a citation was handed over to him by the organizer. He was also crowned by Lady Saw, The Queen Of The Dancehall. Sumfest production paid tribute to the late pop icon Michael Jackson. Good performances came from Beenie Man, Bounty Killa, Elephant Man and Spice. Other who also grace the stage where Flippa Maffiah who threw away several thousand dollars in the crowd, which in cludes UIS and Jamaican dollars, D-Angel, G-Mac, Poor N’ Boasy, Demarco, Assassin, Lady Saw, Mavodo, Vybes Kartel, Busy Signal, Kiprich, Spryng I, Voice Mail, Macka Diamon, I-Octane, Prodigal Son, Stacious, Nature, Mikey Ranks, Golden Voice, Mr. Chumps and Mr. Kruger.

Comment by Anthony Malvo on August 8, 2009 at 10:52pm
Congratulation Beenie Man. You are the real reggae icon and king of the dancehall. Bless up.
Anthony Malvo

Comment by Lorna Lucas on August 8, 2009 at 3:26pm
I do believe that he well deserve all the good thing in life and this is just one of them. He is such a humble fella with a lot of self respect, not only for his self, but for other individual in life. Wish you all the best and many more to come keep up the good work.

Comment by Andrea Brown on August 4, 2009 at 3:26pm
he is the best Reggae artist for now his music is full of good humor