Elephant Man and at least one of his children are mourning the death of his baby mama.

Sources are telling us that Shamara Grant’s, also known as Ratty, body was found at her home in St. Andrew on Sunday with multiple gunshot wounds. Cops have also confirmed the murder but so far have no leads or motives for the killing.

Elephant Man fathered over 20 kids with several baby mamas. Just last week, one of his sons, who is an aspiring, dancehall artist blast Ele calling him a deadbeat dad.

“Those who don’t know already, Elephant Man is my father,” Ele Trunk said. “However, in my interviews, I want to speak less about him. He is a good artiste, and I want to make my music known as Ele Trunk and not Elephant Man’s son.”

Elephant Man has not commented on the news. Elephant Man is still feeling the effects of a photo of him wearing a half skirt that went viral on social media this summer.

According to the dancehall energy god, the photo was taken at a bad angle that made it looke like he was wearing a leather skirt but in reality it was not really a skirt just a new fashion trend among men.

Watch the below video and see if you accept Elephant Man explanation.

The Shmoney Dance is the latest dance moving that has taken over dancehall and hip-hop.

You can’t have a big dance move like the Shmoney without the blessing of one of dancehall’s biggest dancing deejays Elephant Man.

The dancehall deejay release the video for his single “Shmoney Dance.” The creator of the dance Bobby Shmurda also made a cameo in the video that was shot in Brooklyn by MainE Fetti.

Watch the video below.

Celebrities run out of gas in the streets too. Onstage caught up with Elephant Man enroute to Dream Weekend in Negril just in time.

The dancehall veteran was in good spirit but his motorcycle ran out of gas and almost left him stranded on the side of the road.

Luckily for the energy god he was rolling with some friends who picked him up.

“A run mi run out of gas big energy god,” Elephant Man said jokingly, but he was serious. 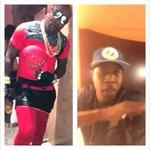 Elephant Man has been the hot topic in dancehall since last week after a photo hit the net of the dancehall deejay wearing a skirt. At least half a skirt. Yesterday the Energy God release a spoof of the saga on social media where he called a Bounty Killer impersonator and told him that the photo was taken from a bad angle.  Now Tony Matterhorn has also responded in Instagram in his daily series called afterdark. “So why is Elephant Man wearing a skirt?” the veteran Sound System selector questioned while drawing comparison to himself wearing a wig. 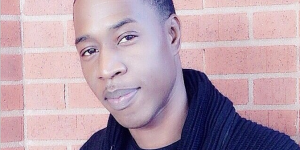 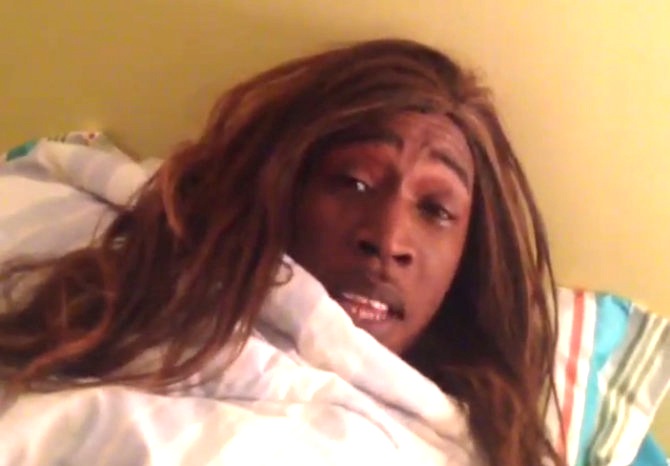 Elephant Man created a spoof of his own mini skirt scandal.

Last we showed you a photo of the dancehall Energy God wearing what appears to be a mini skirt. But in this spoof, Elephant Man says it was all a setup and the photo was taken from a bad angle.

But is this enough to take away attention from the real issue, the skirt. Dancehall fans these days are very forgiving so this may quickly blow over. In May Aidonia came under scrutiny from dancehall fans for wearing a skirt during a performance. Now it’s veteran deejay Elephant Man who is under the microscope.

“A skirt that Ele a wear, whats going on in dancehall,” one fan wrote on Twitter.

Elephant Man has also been in the news these past couple of days with his beef with fellow deejay Beenie Man.

The feud was triggered by a statement Beenie made during an interview on Hot 97 saying Elephant Man and a few other artists have been missing from the airwaves. Beenie Man Says “I Am The Balance In Dancehall Music” {VIDEOS}

Beenie Man recently reignited his old beef with Elephant Man when he called the deejay wash up. During an interview with Hot 97 last month, Beenie Man says he is the only artist keeping dancehall afloat and also shared some not so kind words for other veteran deejay’s like Elephant Man, Baby Cham, and Sean Paul.
“I am the balance in dancehall music,” the self-proclaim king of the dancehall said.
Beenie Man says he has not seen or heard anything from Elephant Man in over two years.According to the Doc, dancehall is not broken but rather some of the artists are broken.

Beenie Man takes his role as the king of dancehall very serious. The veteran deejay recently sat down with Hot 97′s Cipha Sounds where he opened up about the current state of the genre.
Beenie blame a lot of the problems in dancehall on the younger generation of artists and says he is not just the king of the genre but also acts as a balance.
“I am the balance in dancehall music,” Beenie Man said. “Because everytime the music goes like this I got to bring back on track.”
Beenie Man also sound off on the old G’s in dancehall including Baby Cham, Mr. Vegas, Elephant Man, Sean Paul, and Bounty Killer, who he says are not doing enough for the genre.
Watch the full interview below.

BEENIE MAN is the latest big name dancehall star to speak out against the Jamaican government for strict laws on street dance.

Last month, Mavado called on the government to help dancehall music and not fight.

However, Beenie Man is angry at the government for what he called years of fighting a staple in Jamaican culture.

Speaking with Anthony Miller of ER, Beenie Man blames the government for a downward trend in dancehall.

“The present state of dancehall is that the government think they have it on lock,” Beenie Man said. “But you don’t have anything on lock. The only way you can have Jamaica on lock is to give the people what they want. People need to enjoy themselves after a hard week work. On a weekend you can’t have dance a lock off 1 or 2 o’clock.”

Beenie Man says crime in Jamaica is at a all time high because the government is locking down dancehall.

“So you think the crime rate down because they lock down Tivoli?” Beenie Man questioned. “A worse crime going on now. Kids neck getting cut off and kids are getting kidnapped. Mother a get rape and if the father talked too loud him get rape too.”

Comment by Lu on October 7, 2016 at 4:06pm
Me and my husband could go our separate ways and I ain't gonna go backwards with no vagina... I know who I am... Feminists were not a black woman issue, but a white woman issue, because of their savage and cave men... Until we realize that their issues and agendas are not our foundation, then and only then can we respectfully and righteously move forward.
My husband does uber part-time on the weekends and he stated to me that the amount of young black boys and girls, justifying their lifestyle, and the funniest thing is,--tge same white bi- or multi-sexual ones, are witnessed laughing and mocking the same black counterparts, as if they're a "Jackass-on-display", for their entertainment. So before we start practicing and adopting their lifestyles, pagan holiday celebrations, religion, etc. etc. etc. ---Research, Read, and do the exact opposite of what they do. I'm speaking from some of my experiences . I taught my children that are adults now, there is no Santa Claus, Easter Bunny, and other symbols that their Anglo-Saxon cultures wants us to embrace. Smdh.

Comment by exotic eyes on September 21, 2014 at 11:35pm
His whole outfit looked ridiculous.

well may be the mufucker starts to feel sweet, once they start to be influence by hollywood they start to cross over t that gay world remember the gay community is like the fed they are pumping big money to promote their cause, 95% of those entertainers are gays, that lady that is the executive of the show Orange is the new black, b**** just divorce her husband talking about she just found out she is a lesbian, but those gays supporters always say that those people are born like that, i feel bad for the people who are married the day that Operah announce that she is gay you married men are done, the b****** will come out the woodwork to them its women power, just wait if you think you have a wife lol, i be the last man around to get married im okay with just f******, and if someone think im wrong than every one who are f****** must be married, otherwise the difference between me and you is that im man enough to stand up own it and be honest about it, society did not make me my parents did so i have no reason to satisfy society when the drum beats it is my own sound so i walk to it either you follow, agree or just get upset f*** the world

Comment by eldin on August 14, 2014 at 3:40pm
Oh no! Not Elephant Man! Jamaican Dancehall was the last stand for straightness and anti-battymanness! Now in a futile attempt to imitate these gay ass rappers, Elephant Man and some other down low artists are wearing skirts! Smh! Who Ele think he fooling as if we won't notice that them pants were fashioned to look like a skirt! He should change his name to Elephassie Man! Shoulda known that someone who was so over-the-top homophobic nights had some down low tendencies with them tight ass pants he always wearing!

it don't look good period skirt or not lol

just about every one of them has a b**** in them, they talk about the white men so much, but every time you look there is a n***** trying to be european but do not understand being european means being a b****, if thats a style now do they go out and do every time to comes to the general public niggers make me sick they look up to the white men like they are God

The same one talk bout battyman fe dead a de same one a battyman!!! Cho!!!!!!